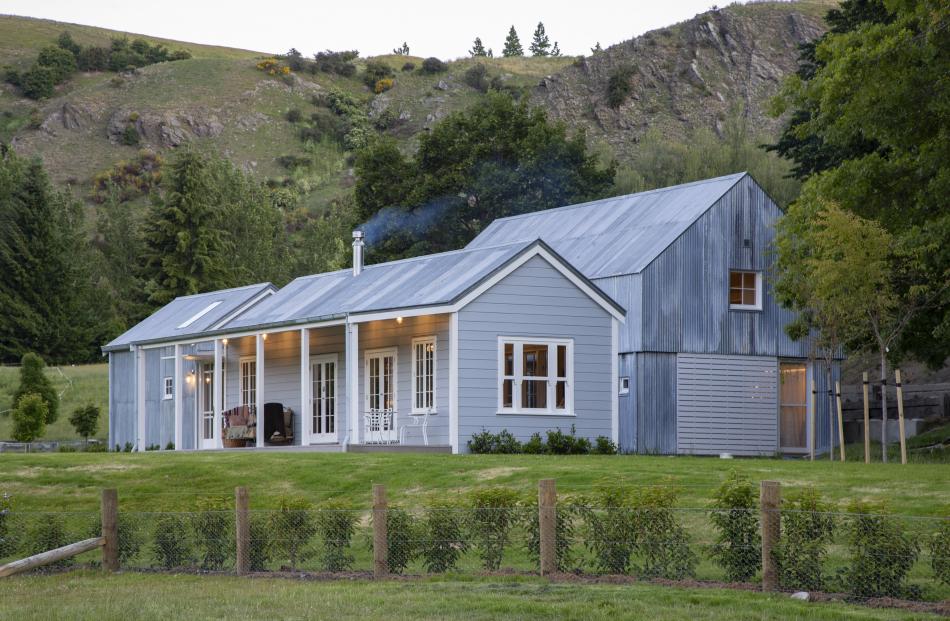 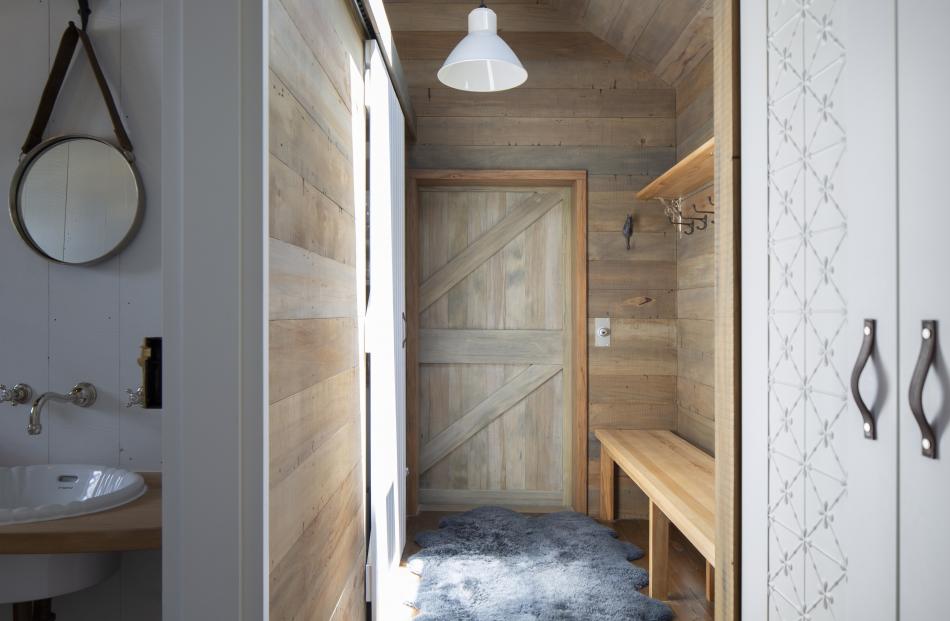 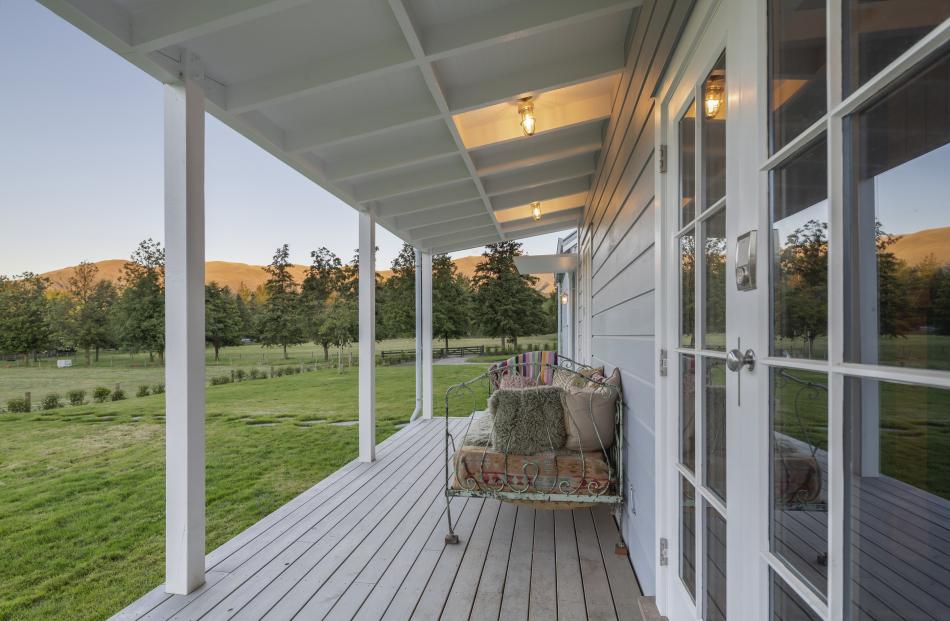 The house is on a large rural site with established trees and horses grazing in the surrounding paddocks. 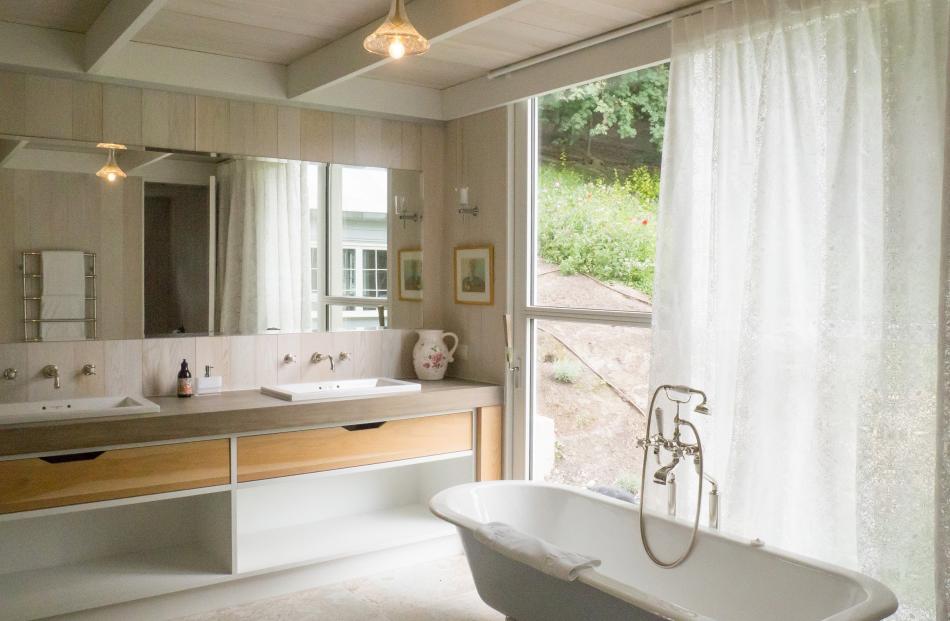 A curtain filters the light in one of the bathrooms. 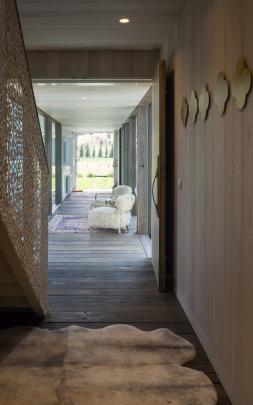 The custom-made balustrade on the stairs has a repeating pattern of hearts and deer heads. 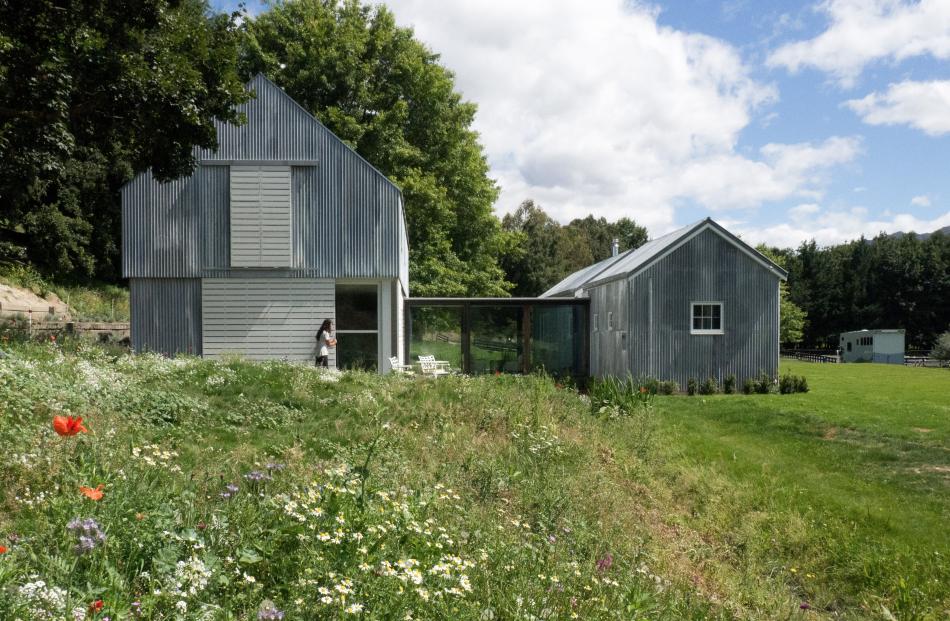 The painted sliding screens on the two-storey building are reminiscent of old barn doors. Sliding screens provide privacy and filtered light in one of the two bedrooms. 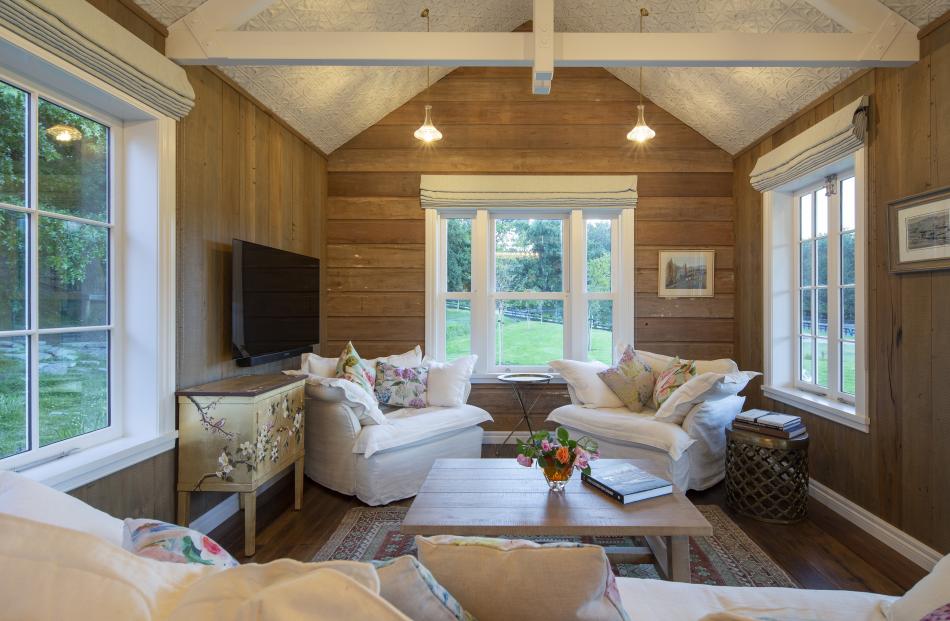 Architect Anna-Marie Chin says rather than modernise, the owners wanted to be considerate of the old cottage ‘‘and the era when you had a mix of textures, wallpapers, timbers and soft furnishings’’.

A dilapidated cottage was the starting point for an unconventional build in Central Otago. Kim Dungey reports.

The cottage at the centre of this Lake Hayes property has a history of being moved around.

At one stage, it was in Naseby, then Queenstown. Finally, it was relocated to its present rural site near Arrowtown.

It was also in need of work. Rotten weatherboards and window frames had to be replaced. However, materials were re-used where possible. The beech weatherboards were stripped and used on some interior walls; the match linings on other walls and the existing floor boards were patched using recycled rimu, and the veranda was reinstated at the front of the building — just raised a little so the owners could sit and dangle their feet over the edge.

Plans drawn by architect Anna-Marie Chin called for a remodelling of the cottage and the addition of two new buildings. 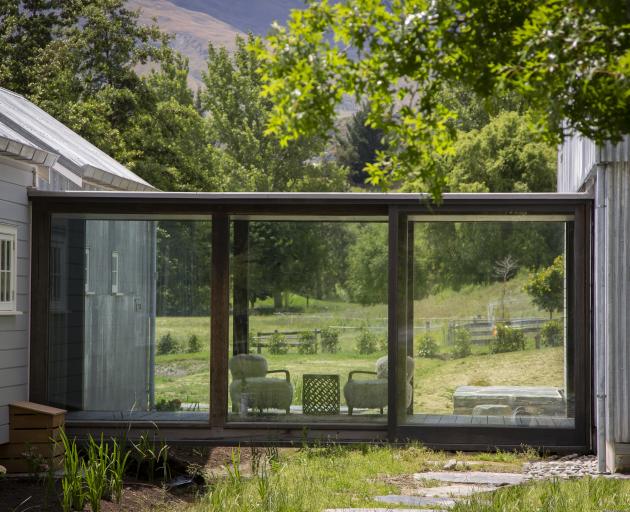 The glazed ‘‘bridge’’ connecting the two main buildings spans what was an existing water race.
One is a barn-style bedroom wing. The other — dubbed an "out-house" — is similar in form to a building that originally sat alongside the cottage and includes a scullery, cloakroom and laundry.

Both are connected to the cottage by a glass corridor spanning what was an existing water race. Like the rest of the house, this was built by Ross Brothers Construction. Chin says she wanted to frame it in old bridge beams and telephone posts but then fit fine pieces of glass to give it a crisp, modern feel.

"We wanted something quite grunty. It’s kind of an ode to an old bridge and it’s beautifully crafted, [being] all tenon-jointed."

The "bridge" is also the transition point between the public and private parts of the house.

At the far end, the barn-style bedroom wing is clad in new galvanised iron, aged with spirits of salts to avoid it having a "harsh, bright feel".

Painted sliding screens contrast with this weathered look and create privacy for the ground floor bedroom and bathroom.

The owners, who are interested in the preservation of old buildings, worked closely with the architects on where to find items and on the overall feel. For example, one found some delicate "canary lights" that were a whimsical play on old lamp shades and birdcages. 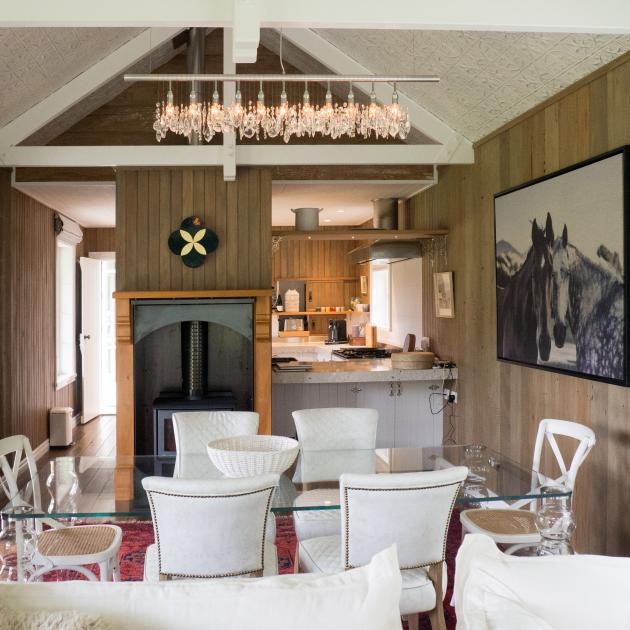 Pressed tin panels on the ceilings contrast with the timber walls and floors.
The balustrade on the stairs is a modern take on the detailing found on old fretwork and gates: "It’s a sheet of steel cut to a pattern that we made up [featuring] deer heads and hearts."

Pressed tin panels were used on some ceilings and doors. Painted with an antique wash, their texture is reminiscent of old wallpaper. Recycled timber and hardware feature in the kitchen and stones the owners gathered from Glendhu Bay are incorporated into the bench. The "out-house" is clad in corrugated iron recovered from a Glenorchy wool shed. There is also an old concrete laundry tub and a restored antique bath.

Using traditional materials created a link to the home’s history and rural setting but there is also a quirky nature to the house, Chin says.

"The beautiful part about it is it’s not just a cottage. It’s a cottage interpreted in a modern way."