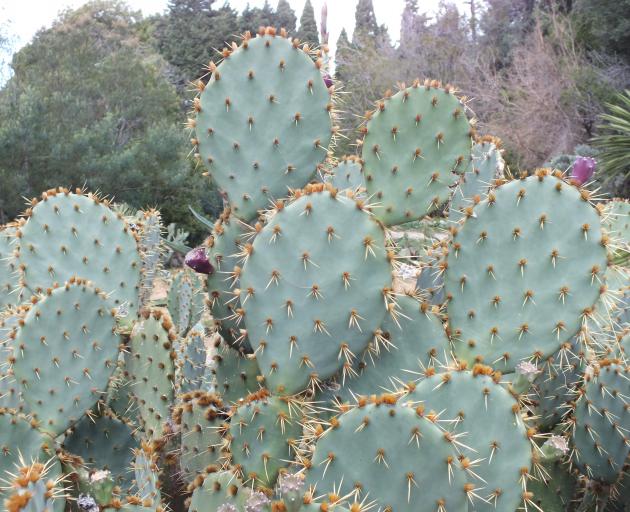 This is the year of the prickly pear.

Choosing to promote it seems, frankly, bizarre as some species of prickly pear (Opuntia) are extremely invasive. 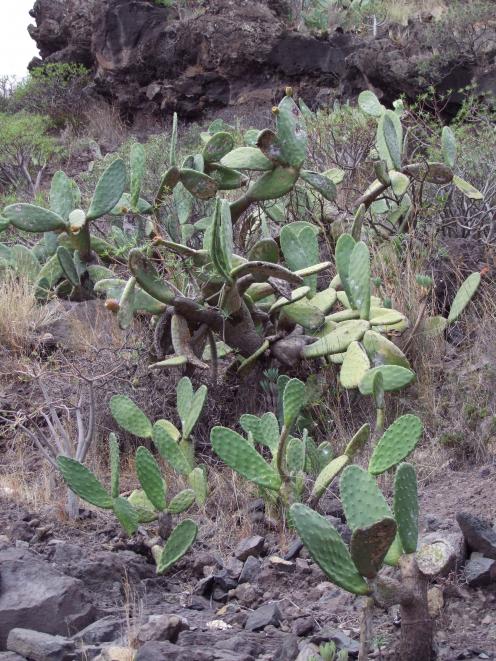 Wild prickly pears on a hillside in the Canary Islands.
Native to the Americas, some 220 species of prickly pear are recognised, about half of them Mexican.

The first European to draw an Opuntia was a Spaniard, Gonzalo Fernandez de Oviedo y Valdes. On his journeys through Central America and the Caribbean from 1513 to 1545, he recorded in detail much of what he saw. His sketch of what he called a torch tree is thought to have been the first depiction of a prickly pear, although which Opuntia species he drew is still debated.

The group is considered the toughest of the lowland cacti, a couple of species being found as far north as the Canadian border.

We had a yellow-flowered prickly pear in Milton when I was growing up. Probably O. monacantha, it was grown from a single "paddle" (cladode) given to my sister by an aunt who lived near Gore. The cactus grew to about 3m in height, flowered well in adulthood and despite tending to get a bit burned by severe frost it was very cold-tolerant overall.

Like most prickly pears, it was a thorny beast but the 3cm spines were fairly easy to avoid. The nastier part was the collection of fine little prickles at the base of each large one, as these glochids stuck to the skin and were almost impossible to remove.

As our Milton monster demonstrated, prickly pears can be tough. Moreover, they will grow in almost any soil and can spread quickly. 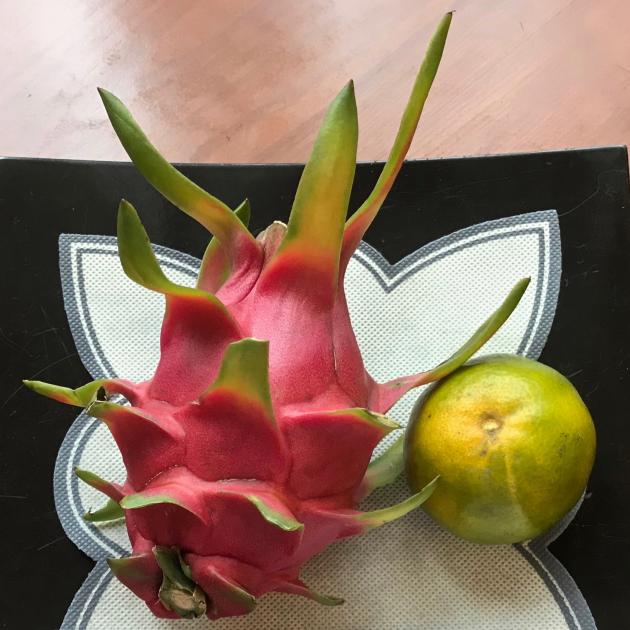 Dragon fruit is a tasty spine-free cousin of the prickly pear.
Prickly pears and their spineless cousin the dragon fruit (Hylocereus) were useful food sources for humans, animals and birds.

Early Mexicans found another use for the Opuntia. If squashed, the females of grey louse-like insects (Dactylopius coccus) that fed on the cacti yielded an unparalleled red dye, cochineal. When the Spanish turned up in the 16th century, they quickly saw the advantages of the product and shipped tonnes of dried insects to Europe, where their dye was used for everything from British soldiers' scarlet jackets to royal state robes. 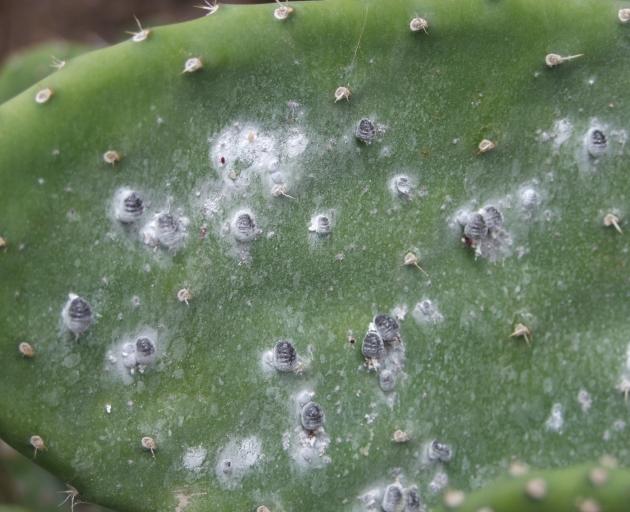 These grey insects (dactylopius coccus) are the source of cochineal.
Given that there are 80,000-100,000 insects to 1kg, to keep up production, the Spanish introduced prickly pears to their own country and some of their other colonies, including the Canary Islands.

Then, in an effort to hook into the lucrative cochineal market, Opuntia, probably (O. monacantha) - and possibly one or two other species - were taken to Australia in 1788. Others, mainly O. stricta, were imported. Secondary uses were as low-cost natural fencing and stock fodder.

The crushed insects yield a natural deep red dye.
Alas, the invention of a chemical dye that produced reds at a fraction of the cost resulted in cochineal production plummeting, while prickly pears just stayed around.

Opuntia species have become naturalised in most warmer parts of Europe but nowhere has the spread been as marked as in Australia.

By 1920, an estimated 25 million hectares of New South Wales and Queensland were infested with prickly pear. It took the introduction of Cactoblastis caterpillars to chomp through the opuntias and bring the pest under control. There are still problems, though, mainly in NSW, where the caterpillars were not as effective, with the tiger pear (O. aurantiaca) now a serious issue.

No wonder I'm dubious about having a year devoted to the prickly pear.

Because it is safe to use in food and cosmetics, there is still a market for cochineal. That market appears to be growing as people become increasingly suspicious of artificial dyes and food additives.

Peru now produces 85% of the world's cochineal, and the Canary Islands has revitalised its old industry to take second place ahead of Bolivia and Chile. Mexico, cochineal's original home, is a small player while an initiative to plant cacti in drought-stricken parts of Morocco may see it appearing in the lists in future.

Prickly pears are edible and have become something of an "in" product in Italy and South Africa. The fruit is apparently picked with tongs and one writer recommends using a knife and fork to deal with the spines. Personally, I plan to stick to Opuntia's spineless cousin, dragon fruit.