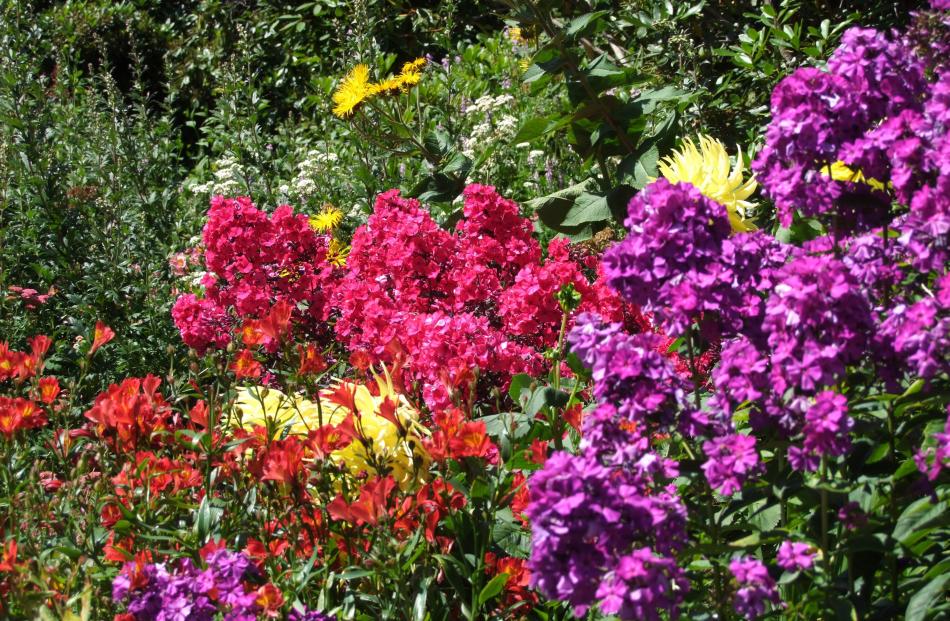 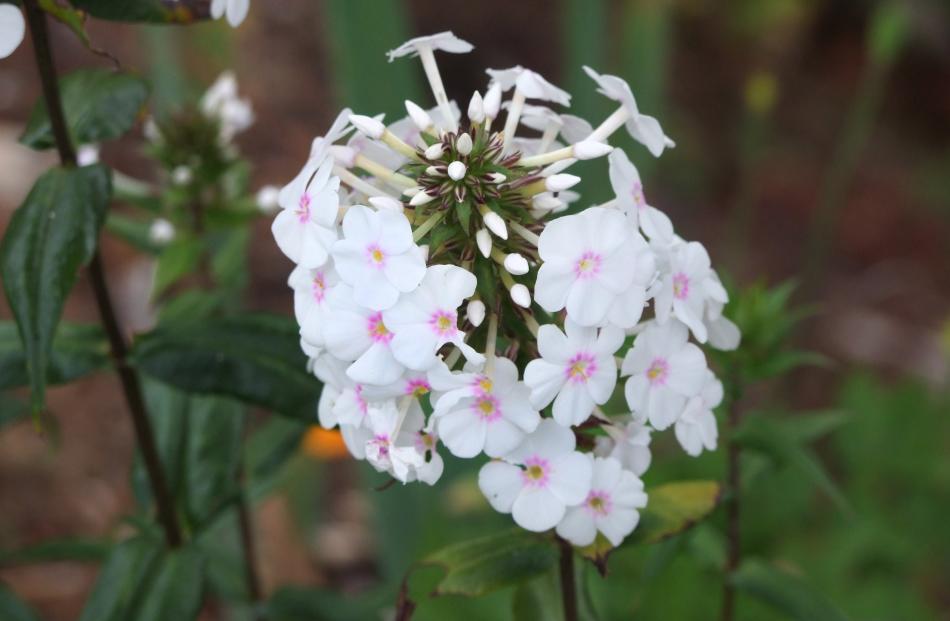 Omega is a form of North American meadow phlox (P. maculata) and is said to be resistant to powdery mildew. 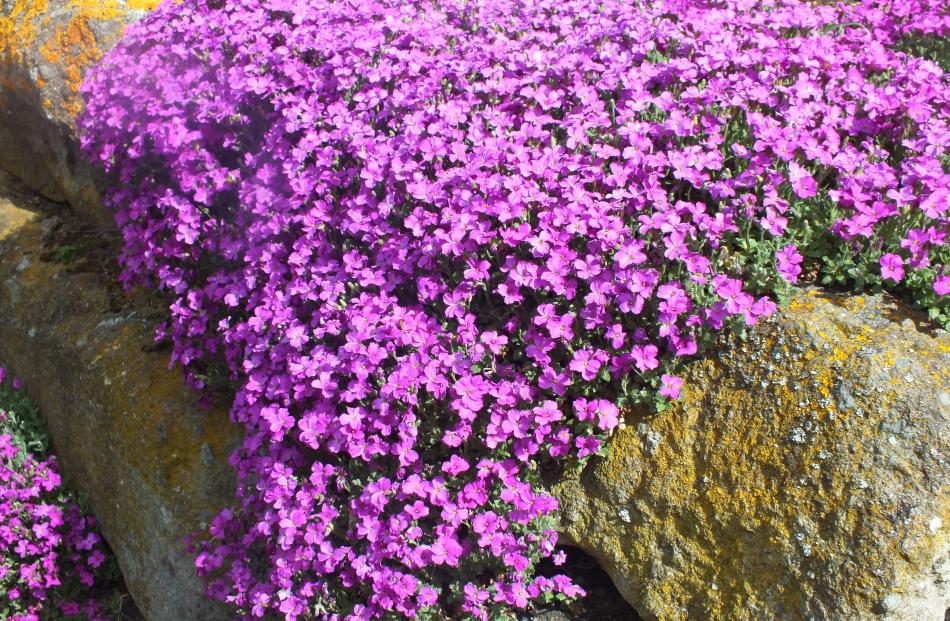 Mossy or mountain phlox (P. subulata) is a fast-growing plant for rockeries or as a groundcover. 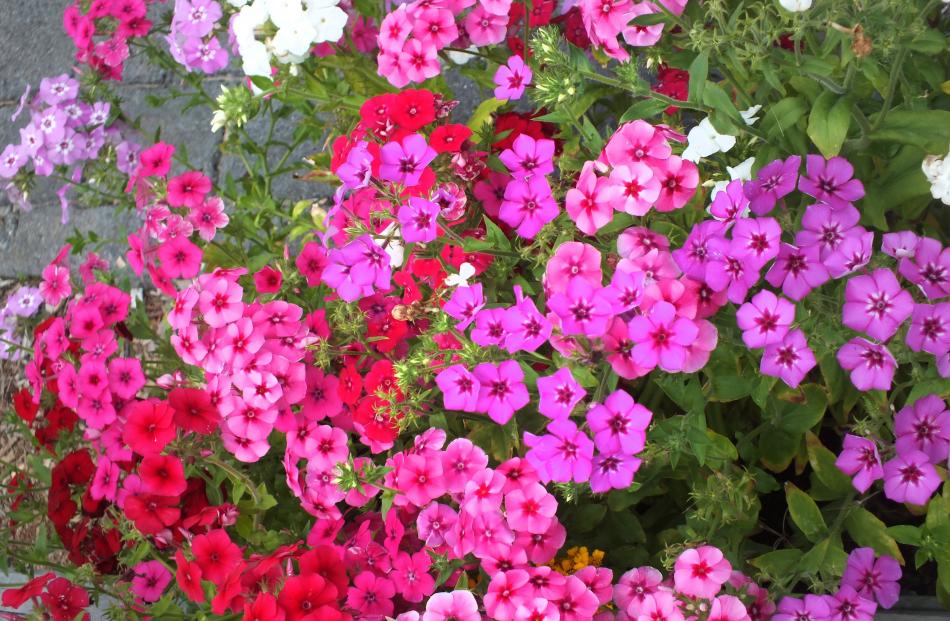 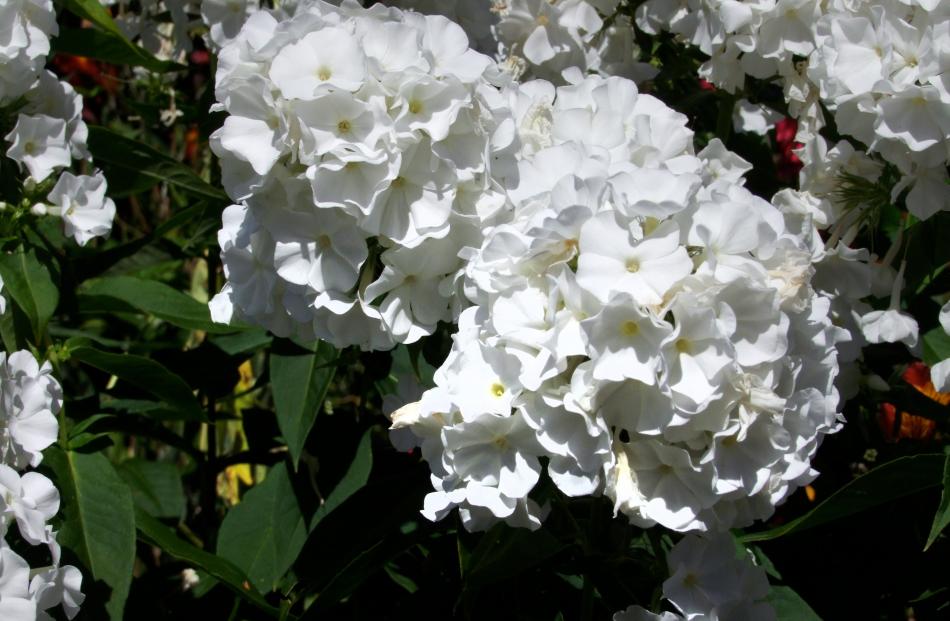 Snowman is one of the best white phloxes available.

Gillian Vine asks where have all the phlox gone?

(P. drummondii) remains popular for public bedding displays, but perennial P. paniculata, that standby of cottage gardens, seems to have fallen from favour.

Mossy or mountain phlox (P. subulata) doesn’t seem to have fared much better, although one Dunedin garden centre recently had a couple of varieties on offer.

And the sole meadow phlox (P. maculate) still around appears to be white Omega.

These four are the principal garden phloxes but in all there are almost 70 species, mainly native to North America.

Because it is hardy and copes with dry conditions, mossy phlox is great in a rockery or used as groundcover for a sunny place and is a useful weed suppressant.

The colour range of this species is fairly limited, being dominated by hot pinks like Daniel and McDaniel’s Cushion, although Minnie’s Pink is a somewhat lighter shade. There are lilacs, though, including Oakington Blue Eyes and Greencourt Violet, and white, although the latter can be difficult to find.

If you can give them the rich, damp soil they prefer and grow them where summer sun won’t scorch them, perennial phlox will chug along for decades.

Moreover, they start flowering in January when many other perennials are starting to look a bit tired and keep on blooming for about two months. Bees and butterflies love them, the scent is appealing and growing to about 90cm tall means they rarely need staking. 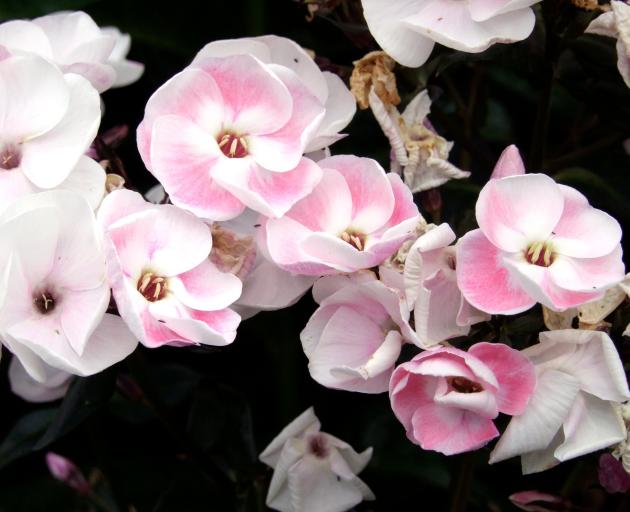 Mother of Pearl is a Phlox paniculata cultivar.
So what’s not to like?

There are a couple of negatives, one being a tendency to powdery mildew, especially in humid conditions. The second is that Central Otago gardeners need to keep rabbits and deer away, as these animals are very partial to phlox.

Another thing to bear in mind is that the colour range, although a bit wider than mossy phlox, is somewhat limited to pinks, white, lavender, purple and reddish pink. Some English nurseries list the pure blue species,

P. divaricate but I have yet to find it in New Zealand.

P. paniculata and P. maculate die off in autumn, an ideal time to break up older plants. Cut off all the stems, lift the plants and use a sharp spade or strong knife to divide them. Replant in good soil and mulch with compost.

A handful of smaller seed companies sell perennial phlox, but saving your own is more cost-effective. This may yield some interesting results, as the babies won’t always resemble their parents. The seed is usually sown in autumn as soon as it is harvested and may be slow to germinate. Plant out when seedlings are big enough to handle.

Annual P. drummondii seed is widely available as mixes or in individual colours. Sow it in spring, summer or autumn, either in seed trays or where it is to mature. Seedlings dislike excessive handling, as it can damage the fine roots. Growing 25cm to 40cm tall, it makes a useful border plant.

As garden catalogues will soon be appearing in our mailboxes, this could be the year to put a big tick beside phlox.