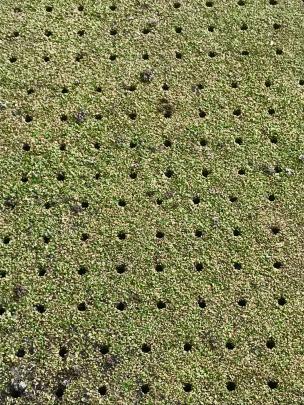 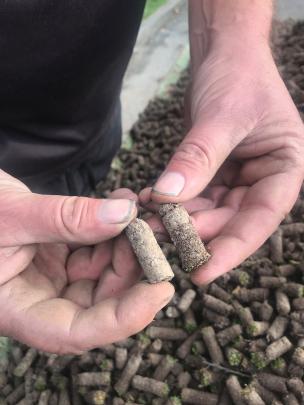 Thatch build-up (right) is undesirable. The left-hand plug is thatch-free. 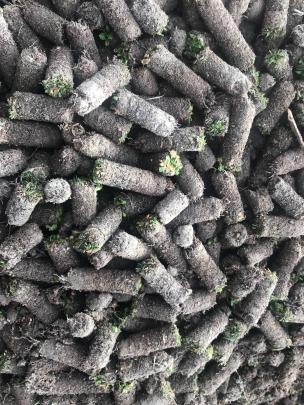 Plugs taken out of the green. 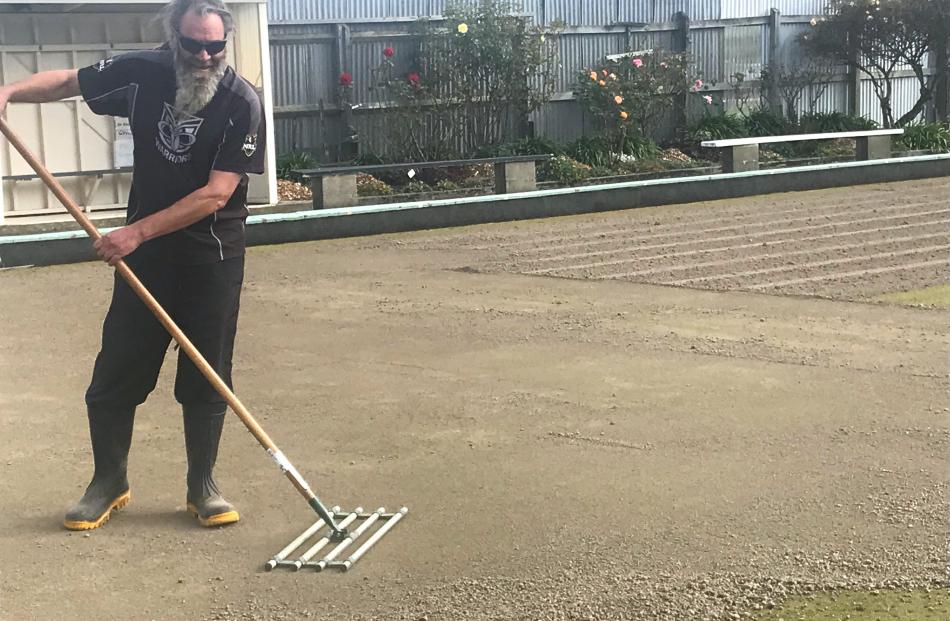 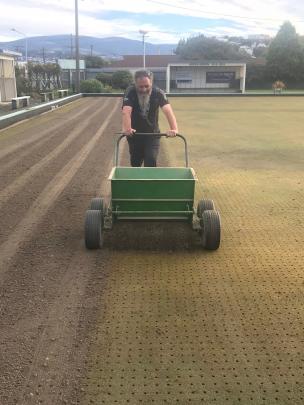 A couple of Saturdays ago, St Kilda Bowling Club member Wally Shaw was out on the green, not rolling a ball but preparing for next season.

A contractor had been in, taking out plugs of soil and leaving a neat pattern of 0.5cm holes.

The excavation was for two reasons, Wally explained. Firstly, it aerated the ground, breaking the soil to allow air, water and fertiliser to be better absorbed, giving grass roots a better environment in which to thrive.

The second was to break up thatch, a matted build-up of dead vegetation that causes the surface to compact, a common cause of moss.

The surface was then spread with fine soil and the result should be a better surface for bowlers when they returned to the green later this year.

As lawn-proud gardeners know, aeration is done usually in spring or autumn.

For a bowling club, autumn is favoured for the bulk of the work, as the outdoor season is over and the white-togged bowlers use indoor greens during the winter months.

As at St Kilda, the "grass" on a bowling green is likely to be native Leptinella, often referred to by its former name, Cotula.

In the late 1980s, more than 500 samples of Leptinella dioica were collected and evaluated by AgResearch Grasslands in Palmerston North and the best of this genetically diverse bunch was grown on, with one called Grasslands Pahia considered the best of the bunch.

Pahia is named after the Southland coastal area from which some of the samples were taken. Using Leptinella from this locality is not new: I recall a fishing trip to Wakapatu more than 50 years ago. When asked about the small round holes in the turf, my uncle said they showed where plugs had been taken for bowling greens.

The advantages of using Leptinella are not only that it will spread quickly but its high tolerance of foot traffic and drought, although it does prefer damp roots, so the aeration process is important to let moisture seep down.

The Leptinella that gardeners adore is L. squalida Platts Black, notable for its tiny fernlike leaves of bronze-black.

It likes similar conditions to L. dioica and will tolerate light foot traffic, but somehow I doubt if it has a future at any of New Zealand’s 450 bowling clubs.