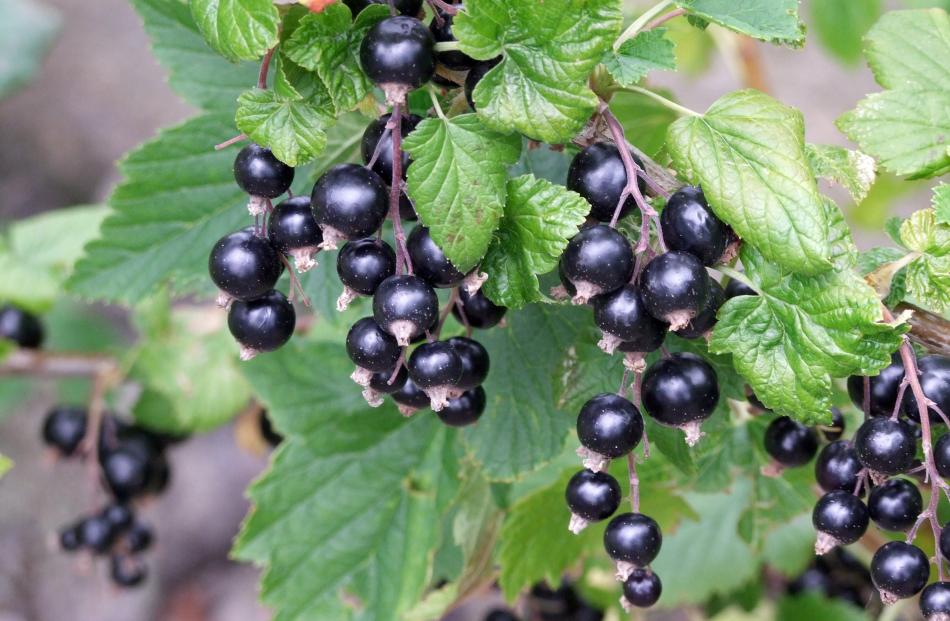 Blackcurrants bloom in early November, slightly ahead of the red and white kinds. Photos: Gillian Vine 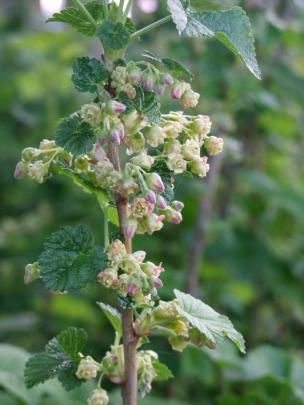 Fruit on bunches (strings) of modern blackcurrants ripen all at once. 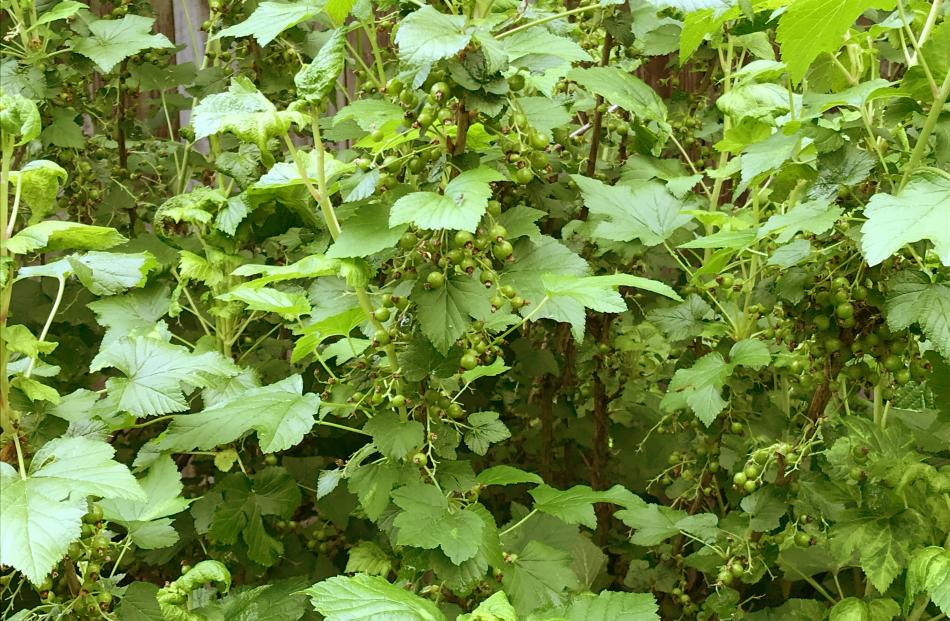 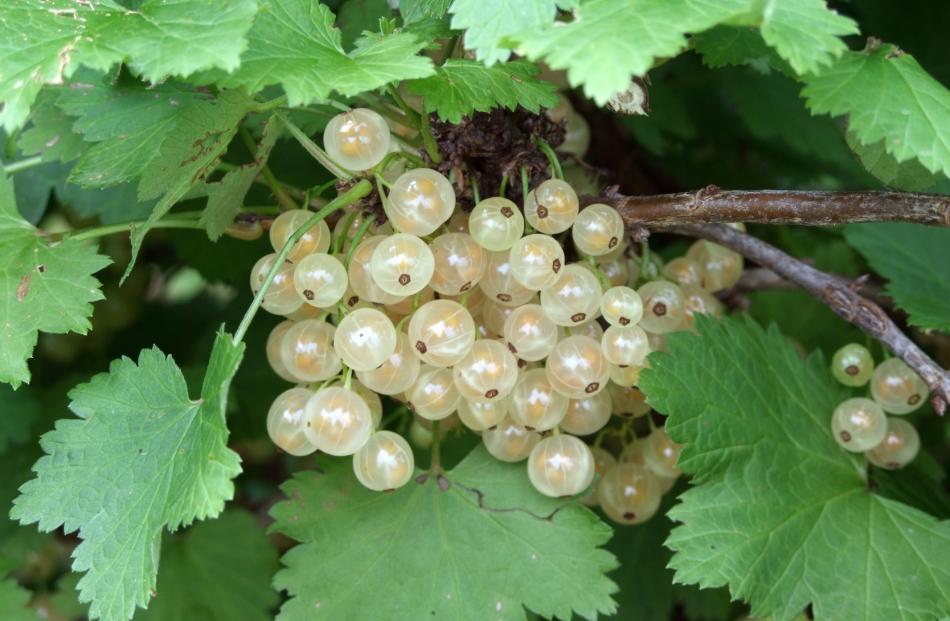 Whitecurrants have lower vitamin content than black or redcurrants.

Isn't it great that some things we enjoy are good for us?

Take blackcurrants, an easy-to-grow soft fruit that ripens in January. Recent research has confirmed 2016 findings that New Zealand blackcurrants are a "super fruit'' for those with an active lifestyle. 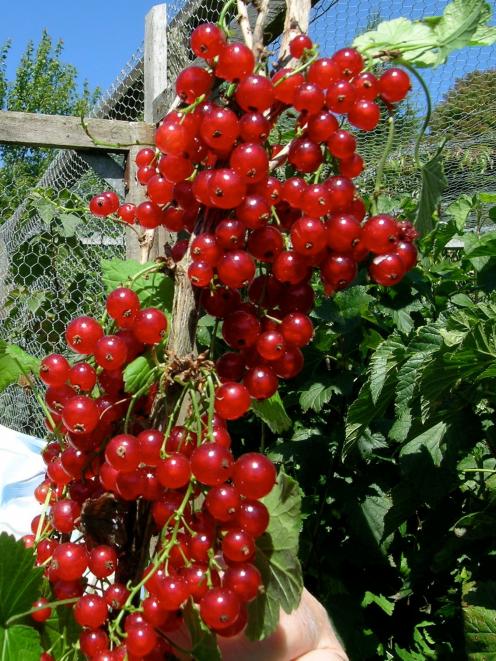 Redcurrants make excellent jelly to serve with meat.
Scientists at Plant & Food Research (New Zealand), in collaboration with Northumbria University (UK), have shown that consumption of a juice made from New Zealand blackcurrants can produce a short-term effect on physiological processes which may be associated with a positive mood. A second study showed New Zealand blackcurrant juice consumption before exercise increased the desire to exercise for longer.

"As people live longer, foods and ingredients that will support a healthy lifestyle are becoming increasingly in demand,'' Dr Roger Hurst, of Plant & Food Research, said.

"Our research over the last few years suggests that New Zealand blackcurrants can support multiple aspects of an active lifestyle, providing people with the right mindset and motivation to exercise as well as supporting the inherent health benefits of regular exercise.''

Good news for the somewhat sluggish is that it doesn't have to be vigorous exercise. Some did a gentle walking exercise, designed not to result in what the scientists called "exercise exertion''. After drinking blackcurrant juice, they voluntarily exercised for longer and reported a more positive mood during the activity.

The research was undertaken using unpasteurised fresh juice and a commercially prepared juice concentrate but not products found in the supermarket, such as cordials.

"More research is under way to understand the impact of processing and shelf life on juice properties and possible bioactives. We can't be certain manufactured products like Barker's syrups will have the same benefits until they have been fully evaluated,'' a Plant & Food Research spokesman said.

There are three kinds of currants: black (Ribes nigrum), red (R. rubrum) and white (an albino form of redcurrant).

Easily grown from cuttings taken in summer, currant bushes are long-lived and blackcurrants can be grown on a single stem with a "puff ball'' top, making an attractive central feature for a small plot.

They are greedy, so be generous with rotted animal manure. When pruning, take into account that this year's blackcurrant growth will carry next season's fruit, while red and whitecurrants fruit on old wood.

This summer, I plan to do my own version of the exercise-related research - grazing on ripe blackcurrants before I get stuck into weeding.

It may not be very scientific but it will be enjoyable.