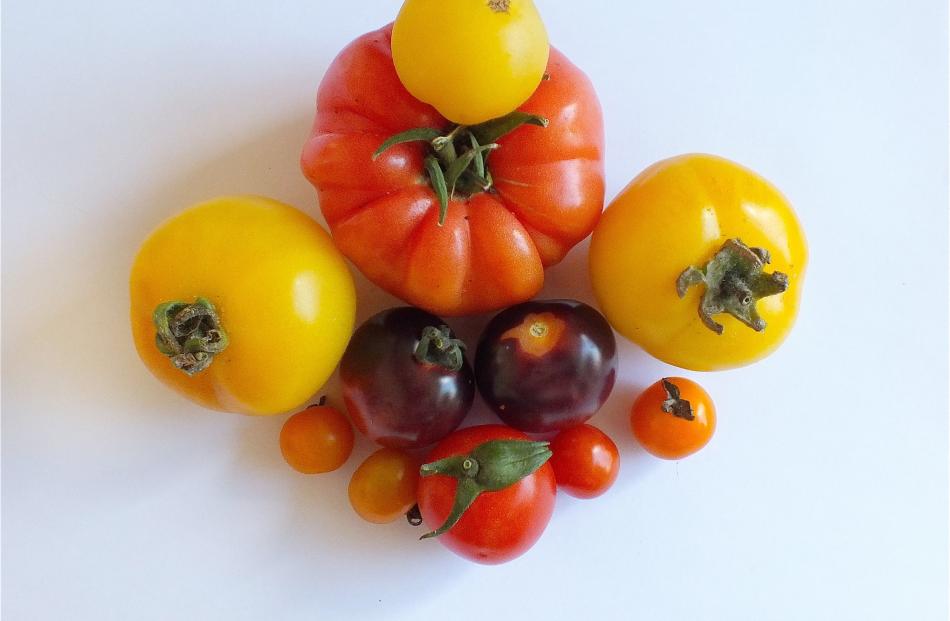 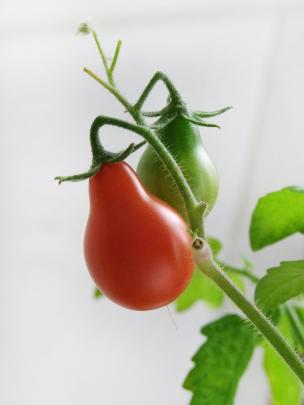 Red Pear has been grown in North America since before 1800. 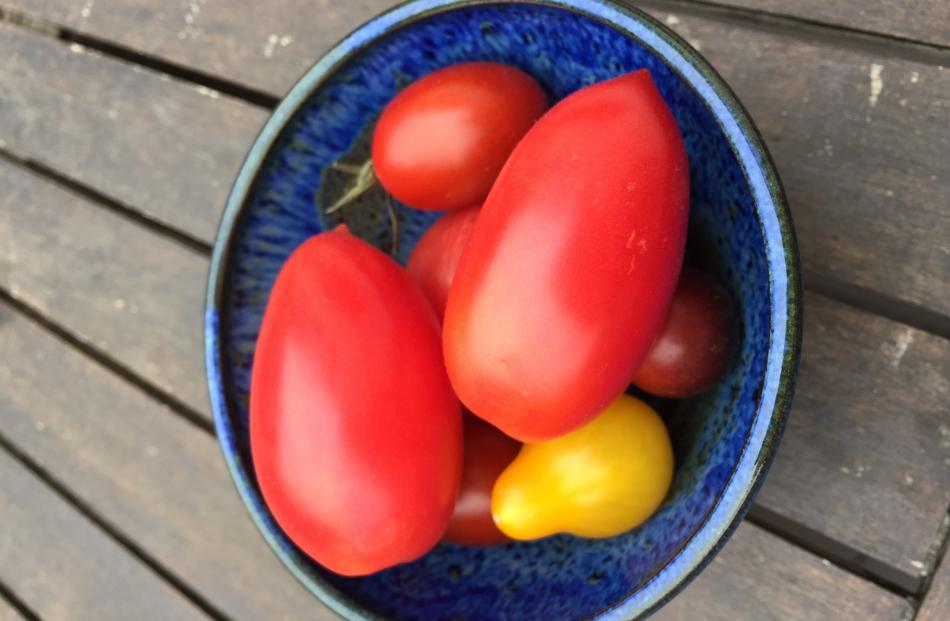 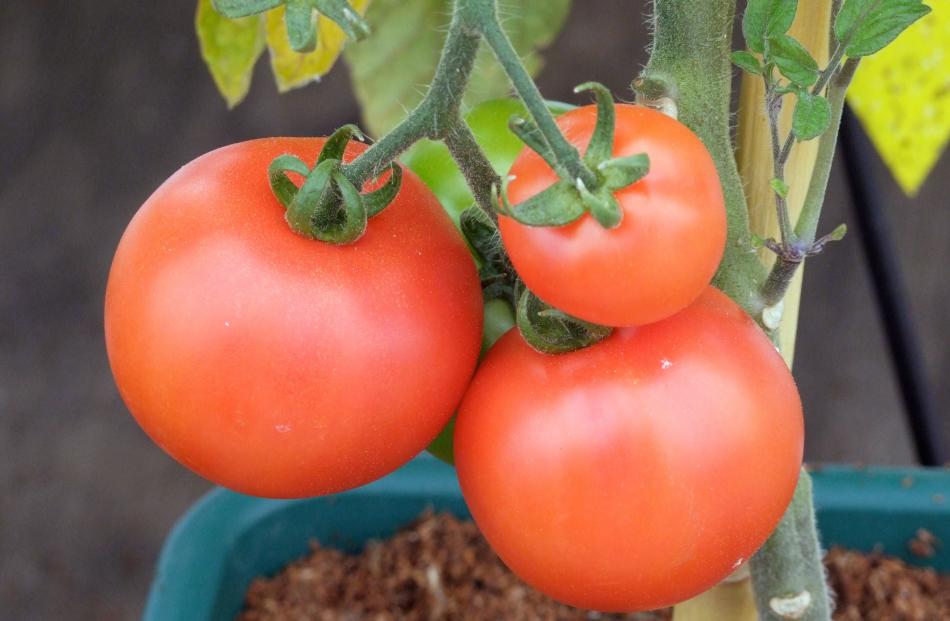 Taupo is a reliable glasshouse variety for the south. 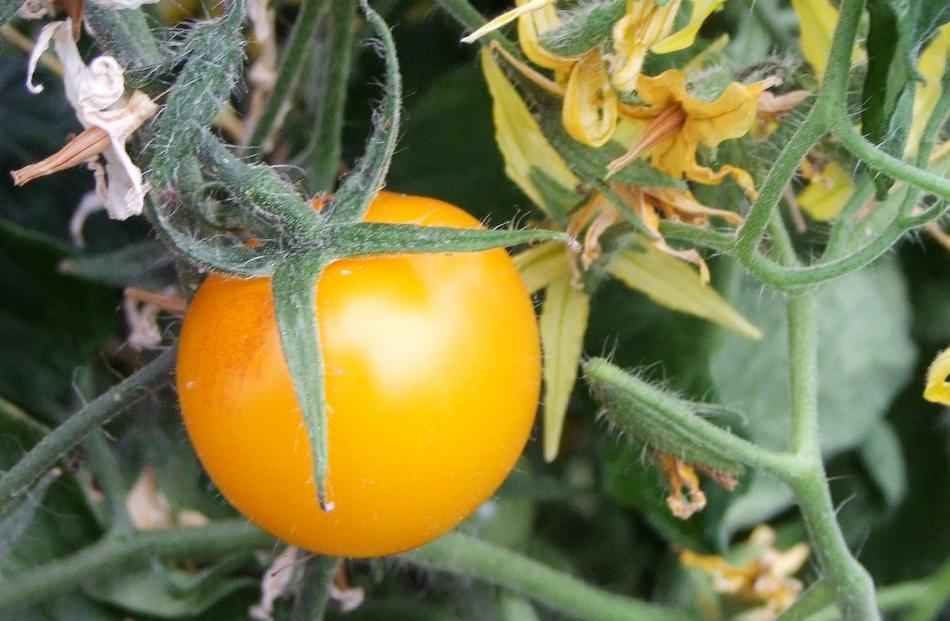 Tumbling Tom Yellow and its red form are ideal for container growing. 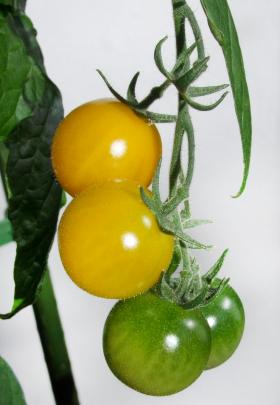 A truss of determinate cherry tomatoes, like this Yellow Cocktail, will ripen almost at once.

Gillian Vine thinks ahead to summer.

Recently, a friend sent me a card with the quote, "Gardening is cheaper than therapy and you get to keep the tomatoes".

It may not have been intended that way but the message was a timely reminder that for good results, tomato seed needs to be sown by the middle of this month. Seedlings will then be ready to plant out by mid-October and crop over summer and autumn.

The first decision is whether to grow bush (determinate) or tall (indeterminate) varieties or a mix of both kinds.

Determinate tomatoes grow to a fixed size and may not need staking. Italian variety San Marzano, most cascading cultivars like Tumbling Tom and Patio F1 Hybrid are determinates.

To confuse things, southern favourite Russian Red is defined as a semi-determinate.

What determinates have in common is that they fruit earlier and produce almost all their crop over a couple of weeks. That is why Roma has long been popular for sauce-making. 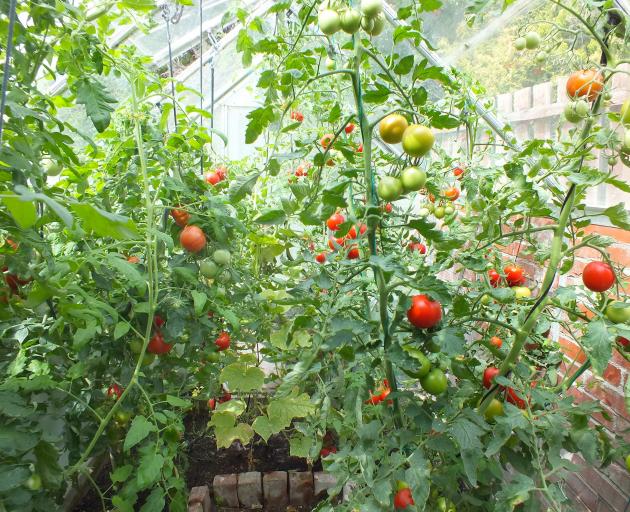 Tall (intermediate) tomatoes in a Central Otago glasshouse. Photo: Bettina Vine
Indeterminate or vining tomatoes grow much taller (2m or more), require staking and keep producing until frost hits them. This group tends to have the biggest fruits - think Beefsteak - and need laterals kept under control throughout the season.

Laterals are little shoots that grow between the stem and leaf base. Easily pinched out when small, they can also be used to grow more plants if popped into damp potting mix.

Because tomatoes are frost tender, seed should be sown in damp seed mix, covered with cling film and kept in a warm place, such as a conservatory. Put into individual pots when the first two true leaves develop.

Putting seed trays on windowsills is risky, as hard frosts will kill, even through the glass.

Before getting to that point, decide what you want in a tomato. Fruit size and colour are probably the main things, although some prefer low-acid tomatoes.

In general, smaller varieties do better. They ripen faster and are more reliable where the growing season is short. Giants like Big Boy, whose fruit can weigh 450g, and the even bigger Steak House, are better grown in a glasshouse and need more attention to staking and tying.

In an Auckland Botanic Gardens trial a couple of years ago, the star performers were Gardener's Delight, Sweet 100, Juliet, Chef's Choice Orange and Early Money. I have had good results in Dunedin from Sweet 100 and Early Money but have not grown the other three.

Gardener's Delight, Juliet and Chef's Choice Orange are all heritage varieties, which negates claims that these older tomatoes do not perform well. Newer crosses between two heirlooms, marketed as Heirloom Marriage, are said to overcome poor performance but only time will tell.

Plant out seedlings only when the weather is reliably warm. Obviously, those for glasshouse culture can go in earlier than outdoor varieties. A soft feather or child's paintbrush can be used to "tickle" flowers to improve germination.

Tomatoes need fresh soil every year to avoid carrying over any fungal disease in the ground. There are good mixes designed especially for tomatoes. Some gardeners like to use containers in their glasshouses to make changing the soil easier and both vegetable and flower beds benefit from having the mix added when the tomatoes have done their bit.

Another advantage of container growing is that outdoor tomatoes can be moved to find them the optimum spot. The drawback with pots is much more attention to watering is imperative.

Once fruit has set, liquid manure can be applied every couple of weeks to boost plants' health and cropping ability.

Then sit back and enjoy the fruits of your labour.