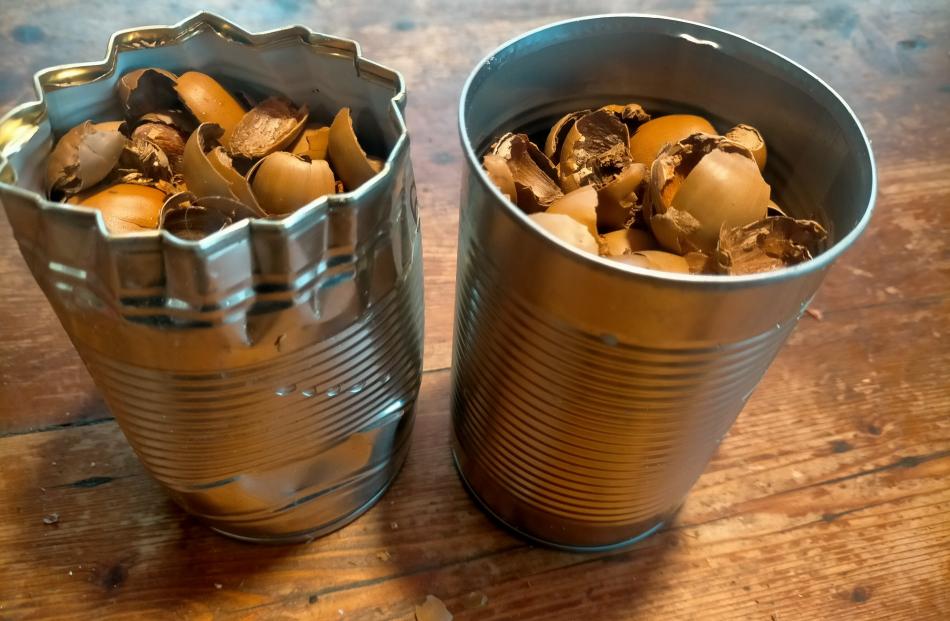 Two tins full of nuts shells waiting for their turn in the wood burner. 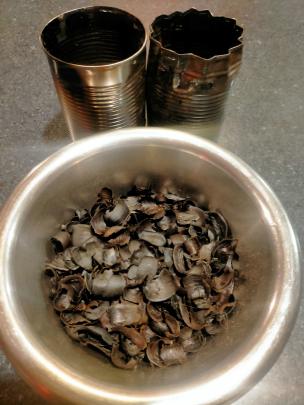 The nuts shells as biochar, after a night in the wood burner. 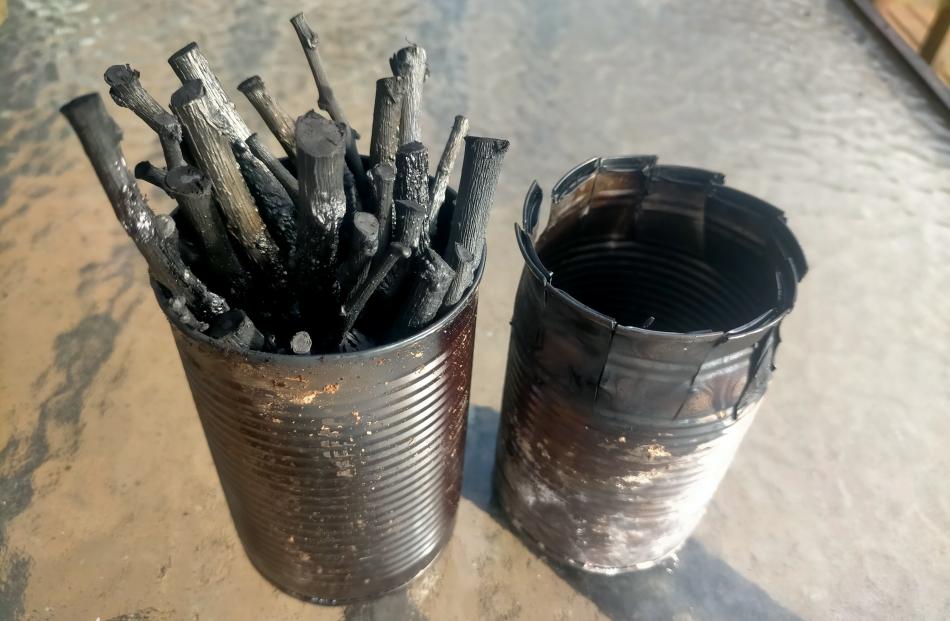 Sticks just a little shorter than the two cans turned to biochar. 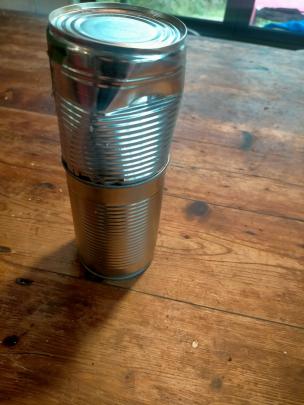 It feels counterintuitive, but some charred remains might be the best thing for our gardens, writes Hilary Rowley.

I keep coming across articles about biochar in books and magazines. At first it seemed an odd thing to be getting excited about, but the more I learn, the more useful it seems.

Biochar is charcoal, which you bury in your garden soil or sprinkle on your farm ... but why?

Archaeologists have discovered soils in the Amazon that are 2m deep, black, super fertile and with a near neutral pH, but which have been used for growing crops continuously for a couple of thousand years. Usually in the Amazon the soil would be acid, and leached of nutrients by the high rainfall, but not here. What had been happening, was humans had been burying charcoal, the pyrolysed remains of bones, wood and plant waste in the soil. This is now called biochar.

Biochar has a really high porosity; it can hold water and would be a real bonus in drought prone areas as it reduces the need for irrigation.

The porosity is also a happy place for microbes, that migrate into the biochar and get on with their job of metabolising nutrients, making the soil more fertile without the need for additional fertiliser.

It sounded so useful I thought I had better have a go at making some biochar using a method I found in a lifestyle block magazine. What needs to happen is burning carbon in the absence of oxygen. The tiny scale method is to take two tin cans. Crimp the edge of one can with a twisting motion, using a pair of long-nose pliers. Snipping the edges of the can with tin snips worked, too, but the sharp edges were a bit dodgy. The aim is to be able to push the two cans together.

In one experiment, I tightly filled the crimped can with dried prunings cut a bit shorter than the length of two cans. Then I jammed the other can firmly on to the first, like a lid.

Another experiment was to fill the two cans most of the way up with nut shells then push the two together.

As a winter evening draws to a close, and the fire in the wood burner starts to go out, I toss these tin can tubes into the embers. The next morning the cans are opened to reveal light weight, brittle black biochar that clinks when rattled.

If I tipped this charcoal straight in the garden all my garden microbes would migrate into their exciting new home and reduce the fertility of the garden for up to a year, so another step is required. "Pre-charging" the biochar involves soaking it in rich compost tea, or worm wee, or putting it in the compost heap. It can also be tossed in among animal bedding, such as straw in the chook house. Once it is charged with nutrients you can sprinkle it on top of pasture where the worms will do the job of working it into the soil, or mix it into the soil when planting trees or vegetable seedlings.

Because the carbon in biochar is pyrolysed it takes a very long time to break down (up to 1000 years), it is a great way to sequester carbon, which usually rots and returns carbon to the atmosphere.

Imagine all those millions of tonnes of forestry slash being pyrolysed into biochar and used on a huge scale to reduce our agricultural inputs, while also reducing our national carbon footprint.

I have a basket of cans beside the fire, so I can throw a few in every evening this winter and slowly turn our garden waste into black gold.

This subject is much bigger than I can explain in this short article so here are some links to websites that will explain the science better than I can.

Hilary Rowley is a frugal, foraging foodie from Waitati. Each week in this column, one of a panel of writers addresses issues of sustainability. 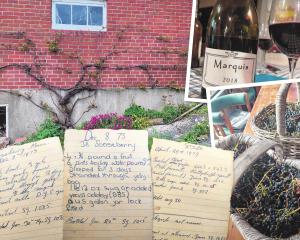 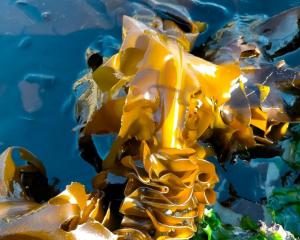 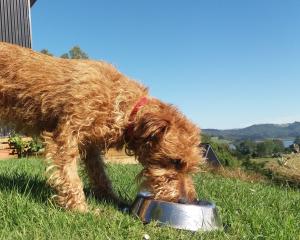 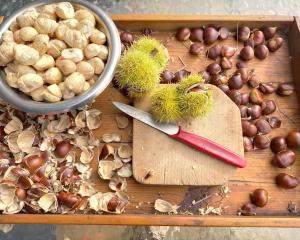 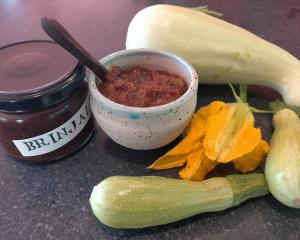