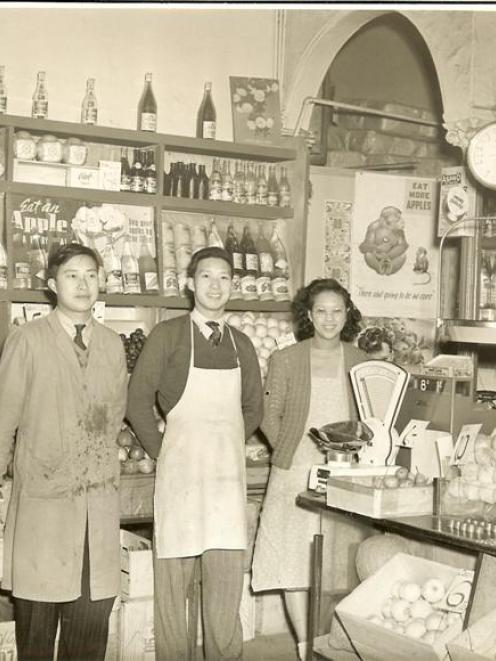 Bill (left), George and their sister Mary in Wong Bros fruit shop in the 1950s. Photo supplied.
When Trevor Agnew married Jenny Sew Hoy, he gained a small army of new uncles and aunts Wongs and Sew Hoys. As Anzac Day approaches, he reflects on the achievements of two of his Wong uncles.

I first became aware of William (Bill) and George Wong's remarkable childhood experiences one afternoon when George casually mentioned attending school in China. I was surprised because I knew both had been born in New Zealand.

George, normally the quietest of men, began telling their story, through the afternoon, the family meal and continuing as his wife, Noleen, led him out to the taxi to the airport. In the months ahead, Bill was equally forthcoming.

Their story began in the Chinese village of Gualing.

Situated on the rich soils of Guangdong's Pearl River delta, Gualing is noted for rice and lychee production and also for sending young men to work in the New Zealand goldfields and market gardens; some returning home with enough money to buy land. Bill and George's grandfather, Koon Yol Wong, was a good example. Making six trips to New Zealand between the late 1870s and 1917, Koon Yol worked in market gardens and fruit shops in Feilding and Palmerston North. Even after paying the 100 poll tax he earned enough to buy several small rice fields, as well as eight lychee trees.

"Grandfather Wong grew his own rice, working four patches," George says. "In good years he produced enough rice to have a surplus for sale. He grew all his vegetables on the lychee field by the river."

Only two of Koon Yol's six sons survived to adulthood. The oldest, Kow Hing Wong, married Sam Kwai Lowe in 1907, when he was 17 and set off for New Zealand in 1908. His new wife didn't see him again for seven years. Because his father, two uncles and three cousins were working in New Zealand, Kow Hing quickly found employment.

By 1920 he was working on the Jim Lee market garden in Riccarton and had earned enough to have his wife come out and join him.

Sam Kwai Wong arrived in Wellington in 1920, passed the 100-word English test (on her second try) and paid the poll tax.

In Christchurch with her husband, they lived in a hut on the market garden. Kow Hing hawked fresh fruit and vegetables around Riccarton, by horse and cart, as well as working in the market garden. Bill was born in April 1921 and George in July 1922. Kow Hing purchased a greengrocer's business in Temuka in 1924 and prospered for several years. By 1928 he had sold out and opened a fruit and vegetable shop in Invercargill.

Jessie, Betty and Jim had been born in Temuka, while Joyce and Mary were born in Invercargill.

Bill and George attended Invercargill's Middle School with their sister, Jessie. As the Depression began, trade shrank, and the Wong family faced difficulties. "After the rent for the shop had been paid, there was almost nothing left," George recalls. His remarkable mother came to the rescue. In her home village, Sam Kwai had learned to read and write. She now began work for an elderly Chinese herbalist, Wong Young Wah, a former gold-miner, who was a qualified Chinese doctor with a flourishing trade in traditional herbal medicines. Sam Kwai, who already had the children to care for, as well as housework, preparing vegetables and shopwork, helped Dr Wong in his Nith St premises, measuring, packing and labelling each person's prescription.

"The appropriate herbs and their quantities were listed in special Chinese books, along with the symptoms," George says.

Before long Sam Kwai was earning enough to support her family in Invercargill. By 1930 she had saved enough to send Bill and George back to Gualing for their education in Chinese. Bill was then in standard three, aged 9, while George, who was in standard one, turned 8 as he left Invercargill.

Travelling in the care of an uncle and aunt, the two boys sailed on the Wanganella to Sydney, where they took passage on the Australian Orient Line's Tanda to Hong Kong.

Bill has vivid memories of the month-long voyage. "Travelling in steerage was the cheapest form of ship travel. We slept on bunks and ate together, like a small community hall."

George Wong recalls the route took them via Brisbane, Townsville and Thursday Island to Sandakan in British North Borneo, and Manila. "Our aunt and uncle took us around the streets of Sandakan, and we visited a Chinese temple."

After nearly four weeks the boys arrived in Hong Kong.

"Uncle Chung got us into some Chinese-style clothes, which were more comfortable in the hot climate of South China,"

George says. "Then we caught the slow train to the village of Gualing, and met our grandparents for the first time."

From 1930 to 1936 the two boys lived with their grandparents, by then in their 70s, and attended the local school. The boys did well at school, also taking part in sports and school plays. "We enjoyed school," Bill says, "because we had the best school in Zeng Cheng County, with modern facilities and well-educated teachers." He estimates that at any given time about 10% of Gualing's males were working in New Zealand. Money sent back to the village made such a good school possible.

The village's relative prosperity also brought problems. Local bandits sometimes kidnapped young men for ransom. The villagers' response was to build two large concrete forts as refuges (using funds raised in New Zealand). "Every night we would go to the village fortress to sleep," George, who remembers the towers as quiet places to do homework, says.

George recalls how their grandfather taught them to swim in the river in front of the village.

Bill remembers their grandfather fishing there.

"He blocked the stream at low tide and then waited until the next tide going out left the shrimps and fish behind in the shallow water." (On recent visits to Gualing both brothers were horrified to find the river black with pollution.)Because they had done so well in their six years at school, their teachers wanted the brothers to go on to higher education, but Grandfather Wong died in 1935, and there was fear of war. The family agreed that the boys should be sent back to New Zealand. With 25 their mother had saved and another 25 their grandmother had borrowed there was just enough to pay for their passage home.

Bill and George left China in 1936, not long before Japan invaded China. Their uncle, George Chew Lee, sailed back with them, on the Nanking. Times were hard for the Wong family back in New Zealand.

After the failure of his Invercargill shop, Kow Hing Wong tried again in Timaru and Christchurch, with little success.

With his health failing, the family's main financial support was Sam Kwai's work for Dr Wong. About 1936 she began operating his Dunedin branch at 285 King St.

Bill and George arrived in Dunedin in October 1936 and began working in shops and market gardens to repay their grandmother's loan. "Early in 1937 Bill and I were able to send our savings home to Grandmother in Gualing to repay the money she had borrowed for our shipping fare, and some over for herself," George says.

In 1939, George took over the lease of a fruit shop at 147 Cargill Rd (later Hillside Rd), an area known as Cargill's Corner. He asked Bill to join him in the partnership known as Wong Brothers, which lasted until they both retired in 1990. (The Wong family lived upstairs, above the shop, until 1953, when the business moved next door to No 149.)Bill was first to be called up for the army, in April 1941, and was in two units: the 2nd Scottish Regiment based in Addington (where he was famously known as Private Bill MacWong) and then the 1st Otago Regiment in Burnham. In 1943 he transferred to the air force, training as a pilot at Woodbourne flying Tiger Moths, then stationed at Harewood, Ohakea, Swanson and Hobsonville, flying Harvards and P40 Kittyhawks. Kittyhawks were nose-heavy planes and Bill once made a bumpy landing that left one tipped on its nose. Pilot Officer Wong returned to civilian life in 1945.

George also trained at Burnham, serving with the 1st Otago Regiment between May and September 1942. (Bill was released from the army for four months, to run the shop while George was in Burnham.) Bill recalls George learning to drive the army trucks, which were mainly Ford V8s, with difficult gears. "George was approaching Burnham Camp from the main road when he failed to negotiate the bend and went straight into the paddock."

After the war, the two brothers ran the shop together, with George in the shop and Bill doing the deliveries in a light truck. Bill remembers that fruit and vegetable shops were then open six days a week, with late nights on Fridays and Saturdays.

"We could not close the shop until the Mayfair Picture Theatre finished screening that night's film, when we would catch some customers."

Bill married Ivy Lowe in 1948 and they have four children, while George married Noleen Shue and they have six children. Both men are quietly pleased that they could buy a house in King Edward St for their mother (who died in 1975, 20 years after her ailing husband). They appreciate Sam Kwai's sacrifices, noting that during the Depression she had to sell all her jewellery except her wedding ring.

The Wong brothers are typical of a generation for whom hopes of higher education were dashed by Depression and war; they take great pride in the achievements of their children and grandchildren. In their retirement, both men have also made good use of their talents and their Chinese education.

Both taught the Chinese language to local Chinese children in after-school classes, sponsored by the Chinese Association. When James Ng published Alexander Don's catalogue of Chinese in New Zealand from 1883 to 1913 (as Windows on a Chinese Past, Vol 4, 1993), Bill and George transcribed the names of people, families and villages from Chinese into English. George's interest in the history of Chinese in New Zealand, and especially his careful documentation of those from Gualing led one grateful historian to label him the "Rev Don of our later times".

George is a keen supporter of the Chinese Association, and was also a trustee for the Dunedin Chinese Garden. In 2007 George was awarded the Queen's Service Medal.

The more outgoing Bill was amused to gain a role in a 1988 Disney film, The Rescue, playing a North Korean pilot, and has also appeared in TV advertisements. Always energetic, Bill has helped organise Chinese sports tournaments, given assistance to writers on Chinese subjects and helped with the restoration of Chinese gravestones in Otago. He also put great energy into the development of the Otago Settlers Museum's display of local Chinese history.

Anzac Day is a good time for recalling not just our military heroes but also those who simply served their country.

Since Anzac Day is also Bill's 90th birthday, the family will be gathering to honour these two men and their achievements. 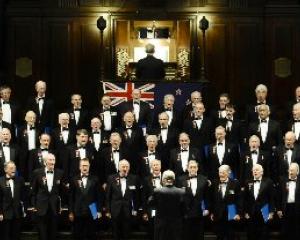 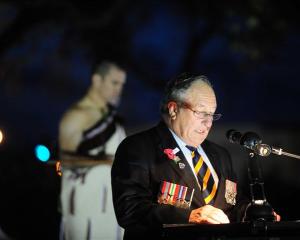 Thousands turn out for Anzac Day 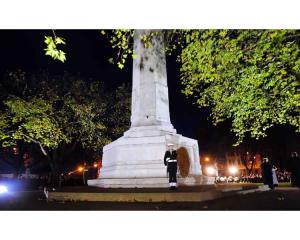 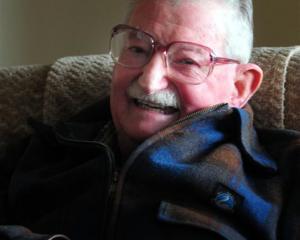 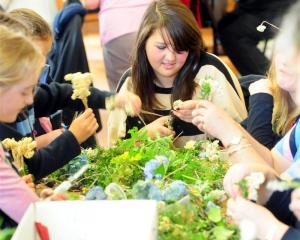 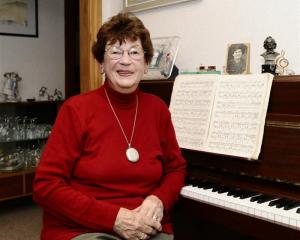 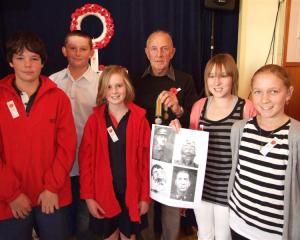 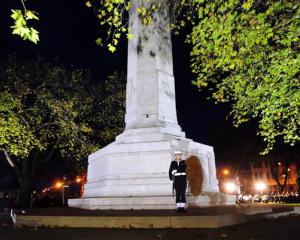 'We remember our fallen' 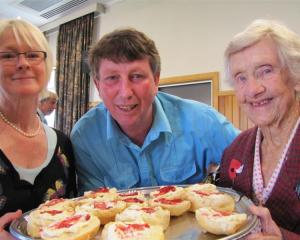 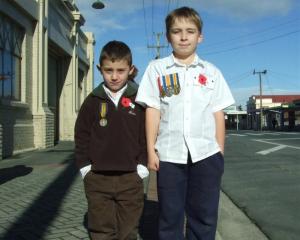 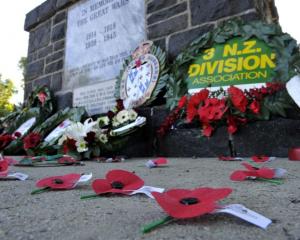