Builders of a city 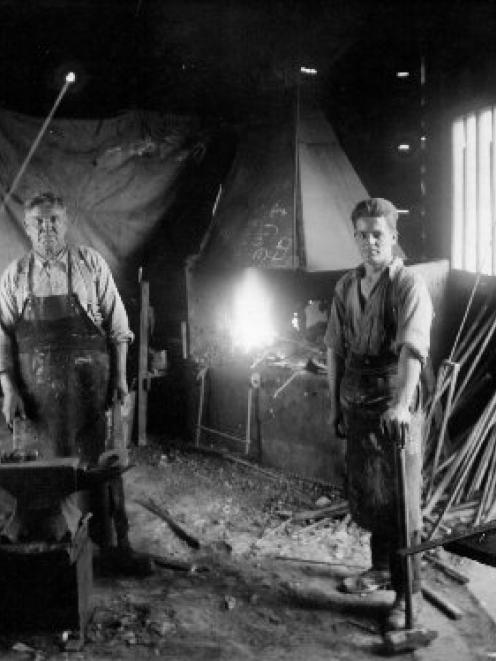 Alec Love was the blacksmith for the Love construction company established by his brothers. Photos supplied.
It is the architects who usually get the glory for Dunedin's cityscape - Troup for the railway station, Lawson for the municipal chambers, Campbell for the courthouse, and so on. But beyond those famous names are two others that have endured through much of the building of Dunedin.

They are Naylor and Love - both small-time builders when they began 100 years ago but combined now as New Zealand's fourth-largest construction company. Mark Price has been browsing the pasts of the two original Dunedin companies with Rosemarie Patterson, the author of Naylor Love Construction's centennial history, A Bob Both Ways.

It says something about the modest origins of Naylor Love that while "Hughie" Naylor was building both the original dental school in Great King St and the Evening Star building in Lower Stuart St (now occupied by the Otago Daily Times), his office was the living room of his home in Frederick St.

And, of course, his wife Annie did the books.

It is therefore not surprising, as Rosemarie Patterson explains in her book A Bob Both Ways that, in the 1920s, Mr Naylor was underrated by his larger competitors when he was bidding for both of those major contracts.

Thrift, along with honesty and good quality, was a trademark of a builder whose name has endured for 100 years, where many have faded.

One of his employees, Peter Craddock, now of Auckland, recalls: "Old Hughie Naylor used to wander on to the job from time to time and grizzle about the number of nails that were wastefully dropped on the ground.

"We got the impression he would have liked us to straighten out the used bent nails and reuse them.

"As apprentices, we kept our distance. He seemed a formidable character to us but he set in place very high building standards and a reputation second to none." 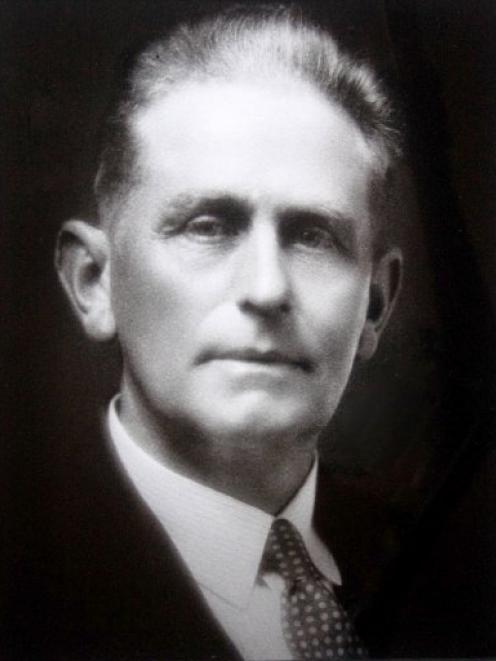 He began his seven-year carpentry apprenticeship there, but because of a lack of available work, moved to Dunedin and then Wellington.

In 1910, he was back in Dunedin and building his first house, at Portobello.

Initially, he specialised in repairing and building cottages on Otago Peninsula although more work in Dunedin followed as he cultivated a reputation for quality.

"Hugh Naylor was careful in his targeting of clients and projects.

His strategy was clearly to build the best for the best," Ms Patterson says.

In 1917, Mr Naylor got the contract to build the Bank of New Zealand building in Mosgiel - since demolished - and contracts for banks in various small towns.

Building of the original dental school (now the zoology department) for the University of Otago followed in the mid-1920s, and, in 1927, Mr Naylor was awarded the contract for the Evening Star building in Lower Stuart St.

In 1935, the year W. H. Naylor was incorporated as a private company, it built the Ranfurly Hotel and the following year started on what is now the student residence Cumberland Hall, originally a maternity hospital.

During World War 2, the firm built air raid shelters in Dunedin, and at the end of the war it and other firms worked on the Hercus Building at the Otago Medical School.

There were still only 25 staff in 1948 and Ms Patterson notes Mr Naylor limited the size of his business to that which he could oversee personally.

It built the Neville St stand at Carisbrook in 1959 and the St Clair saltwater baths in 1967.

In 1966, it strengthened the clock tower on the railway station building to meet new earthquake regulations and, in 1969, it built the 66-bed Mater Hospital (later Mercy Hospital) in the grounds of Marinoto House in Newington Ave.

The last project undertaken by W. H. Naylor before the merger with Love Construction was the building of Cargill House (now the Scenic Circle Hotel) on the corner of Princes and Dowling streets. 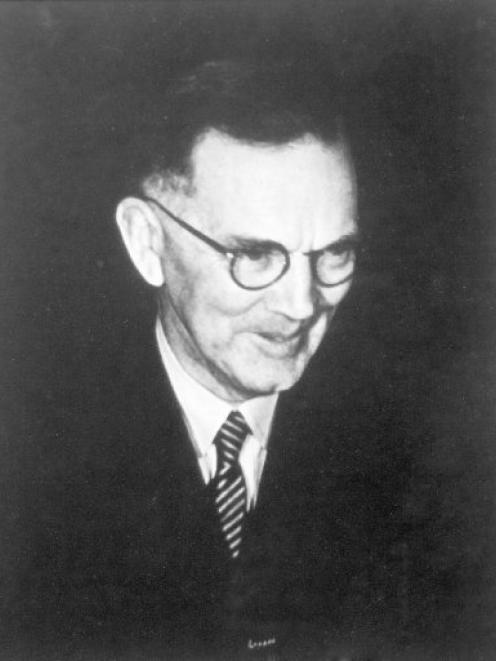 In 1910, three brothers from a Port Chalmers family of nine - Jim, Bill and Bob Love - borrowed 60 and set up in their building business in a three-storey premises at the end of Beach St.

Jim, or "JY" as he was known, became managing director and would spend 58 years with the firm.

He was known for a hot temper by some and as a caring employer by others.

His two main weaknesses, apparently, were his inability to go back on a decision he had made, even if it was proved wrong, and a willingness for believing sob stories.

Love Brothers' first contract was the building of a waterside workers' shelter at the port but the firm was also involved in other businesses such as cabinetmaking, undertaking and delivering coal and other goods.

The firm's first foreman carpenter was Ned McPhail, known as "Cus'n'blast" because he did not swear.

By the outbreak of World War 1, Love Brothers had a staff of 100.

The company lost money providing the railways with dwellings at Otira and Arthurs Pass while the Otira tunnel was being built but, in 1925, its financial position improved considerably when it joined forces with James Fletcher to build the New Zealand and South Seas International Exhibition in Dunedin.

In the same year, it built a new Arthur Barnett store between George and Filleul streets, and two years later, in 1927, its 81,525 tender for the Dunedin Town Hall was accepted - the building financed with profits from the New Zealand and South Seas Exhibition.

During the lean years of the 1930s, Love Construction sought work further afield, and in 1933 began building an underground shaft for the Wetherstones Gold Mine Company near Lawrence which failed to find the expected gold-bearing reef.

In three years of work, 2oz of gold were found.

In 1937, it built its first 38 state houses in Liberton in the required "English cottage" style.

Prime Minister Walter Nash said the houses had to be fit for cabinet ministers.

From about 1938, Love Construction worked on the Speight's Brewery building in Rattray St and, during World War 2, the company built barges and prefabricated huts for the American armed forces and for miners and workers on hydro-electricity dam construction sites.

Love Construction secured contracts for several major government jobs during the war, including the construction of 25 air raid shelters for 1250 people.

During the boom times in the housing industry after the war, Love Construction built hundreds of prefabricated huts and houses.

It was also involved, at Port Chalmers, in work on ships previously used for carrying troops and tanks, so they could be used for other purposes.

In 1950, Love Construction won a major contract at the new Cherry Farm Hospital, for psychiatric patients, near Karitane.

In 1956, it won the contracts for the T&G building in Princes St and Queen Mary Maternity Hospital (now a student hall) in Frederick St, and, in 1959, it built the NAC terminal building and control tower at Momona airport.

By 1969, Love Construction had a staff of 300 in 12 departments and the previous year had needed to publicly deny rumours it was in financial difficulties.

Rosemarie Patterson: "In 1969, Ben Naylor was approached by Dunedin business and sporting identity Vic Cavanagh, then general manager of the Evening Star Company, with a proposition.

"Vic and his board were aware that Loves were having some trading difficulties. They were keen to see Loves' position strengthened.

"The Evening Star Company and the W. H. Naylor Ltd shareholders would club together to buy a majority shareholding in the Love Construction Company.

"It then required Ben and Alex (Coleman) to exchange their W. H. Naylor shares for Naylor Love Construction shares, and for the Evening Star Company to put up new capital for its shares.

"The initial transaction gave the new shareholders a controlling interest with about 70% of the shares in Naylor Love in their hands.

"While the proposition was simple, the detail was understandably complex, and depending on where people sat in the scheme of things, their perspectives on what had happened were very different.

"Everyone had their loyalties, and bringing these two teams together represented a serious management challenge.

"In spite of the difficulties posed in bringing two teams together, the Naylor and Love organisations represented a formidable combination.

"Their combined strength was to prove a thorn in the sides of the national companies such as Fletchers, Downers and, more recently, Mainzeal."