Calls of the wild 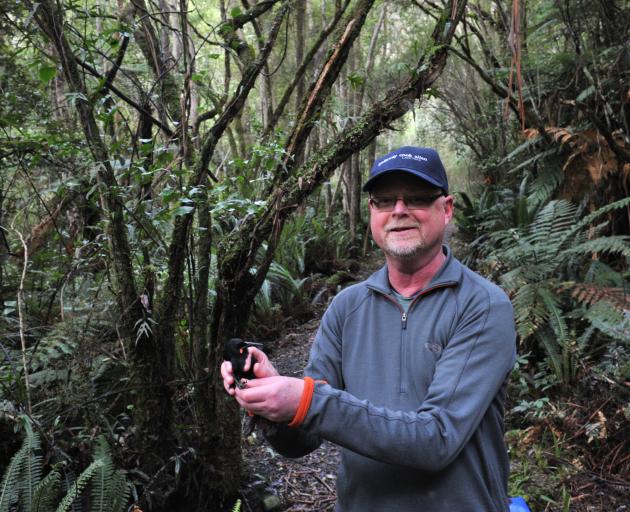 Two years after the death of Emeritus Professor Ian Jamieson, two postgraduate students of the zoology department of the University of Otago, Aishwarya Muralidhar and Luke Easton, pay tribute to him by reporting on the continuation of his work at Orokonui Ecosanctuary.

Down the Valley Track at Orokonui Ecosanctuary, Aishwarya (Ash) Muralidhar stops and calls out: "Marvin!".

The school pupils behind her stood in silence as a small grey and white bird immediately dropped from the canopy and onto the track, just a few feet away. Ash knelt down with a handful of mealworms; after a few curious glances, Marvin, a resplendent young South Island robin, hopped up to her palm and quickly collected the mealworms, much to the delight of his small audience. 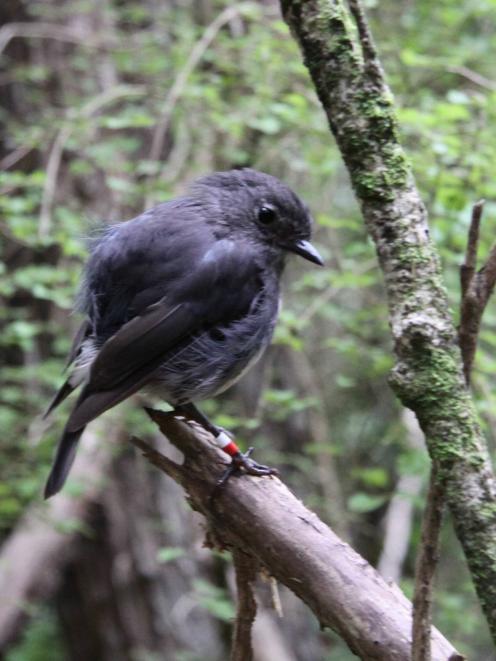 After a sheltered life within Orokonui, the robins living there have gradually forgotten what their mammalian predators look like, raising the risk that they will lack alert responses if they venture beyond the protective fence.
Other visitors are beginning to notice and enjoy the company of robins at Orokonui as well, but for those who know how these birds were successfully translocated, their story comes with great sadness too. It has been two years since Emeritus Professor Ian Jamieson passed away. He was a world leader in the behaviour and conservation genetics of threatened birds, and a key co-ordinator in the translocation of Orokonui’s founder population of robins from Silver Peaks and Silverstream almost a decade ago. Studying the robins has thus become much more than scientific investigation for their conservation; such research has become personal, with researchers from the University of Otago department of zoology continuing the legacy of a wildlife warrior, world expert, and friend.

Prior to Ian’s death in 2015, a main focus of his research on robins in Dunedin was these birds’ anti-predator alert responses. Essentially, Ian was interested in investigating what effect inhabiting a "mammalian predator-free" environment had on robin behaviour. Sadly, Ian was unable to see this project through to completion. However, two master’s students, Freya Moore and Ash, rose to the challenge and for the past two years have worked towards finishing Ian’s research as a tribute to him. Six years since Ian began this research project, Freya and Ash have finally completed it, and they have found some interesting results indeed.

So what is anti-predator behaviour? It is when animals exhibit physical and vocal signals that convey the danger that a particular predator poses. The robin has an impressive repertoire of such behaviours, ranging from simple alert postures, to aggressive wing-flicking and shrill alarm calls. These behaviours were assessed by Freya and Ash using taxidermy models of native and introduced predators. Interestingly, after a sheltered life within Orokonui, the robins have gradually forgotten what their mammalian predators look like. By boldly feeding and foraging, they showed little to no anti-predator behaviour towards taxidermy rats. This lack of alert response could have major conservation implications if the robins ventured beyond Orokonui’s protective fence. Reduced recognition and anti-predator skills would make the robins easy targets for mammalian predators. However, premature exposure to predators could prepare them for life outside the fence: Ash observed that anti-predator responses towards a taxidermy stoat increased after the stoat incursion in 2015. This means that the robins have an ability to "learn" and/or "remember" how to respond to predators and thus potentially increase their survival beyond the fence.

Given that the robins could distinguish stoats from rats, Ash also wanted to know if they differentiated between other predators as well. To find out, Ash used models of a falcon and morepork, and observed how anti-predator behaviour differed between these native avian predators. Surprisingly, Ash found that the robins gave distinct alarm calls when faced with either the falcon or morepork. What information these calls provide is yet to be determined, but this discovery opens opportunities to study the "language" of robins and the intriguing ways in which they communicate.

It is difficult not to become attached to your study species, so it was not long before Ash befriended a bold fledgling and named him Marvin. Now Marvin has five fledglings of his own, and as the students gathered around Ash while she fed him, one cannot help but marvel at how far the robin population has come in Orokonui. Because of Ian’s efforts, studying these robins brings a sense of achievement, a touch of sadness, and also determination to continue to protect them. It was a privilege to have worked alongside Ian, and now because of people like Ash, Freya, volunteers, and the Orokonui team, his legacy continues to ensure that these small birds have a big and promising future.

- Aishwarya Muralidhar is a master’s student and Luke Easton a PhD student in the University of Otago department of zoology. Both of them were supervised by the late Ian Jamieson.