A canary in our coalmine 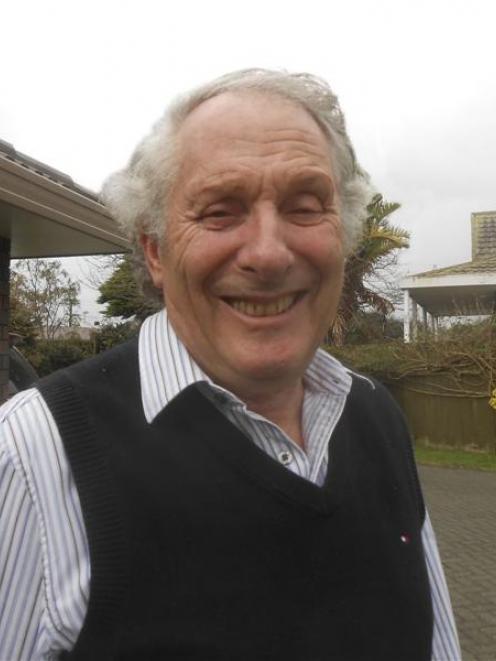 Dr Jim Salinger
Dunedin is well placed to be at the centre of this century's fish wars, climate scientist Jim Salinger says.

It could be the latest in a growing list of grimly apocalyptic prophesies about a future blighted by climate change, except that Dr Salinger accompanies his prognostication with a healthy chuckle.

He is on the phone talking about a new book he has edited, Living in a Warmer World, How a changing climate will affect our lives, which corrals contributions from scientists from around the world.

And he's talking about it in his usual laid-back manner, sounding as if he's just finished a large lunch and global warming is the least of his concerns.

But it would be a mistake to assume that either his chuckle or relaxed phlegmatic style means he sees the issue as anything but pressing.

It is no coincidence that the book is out just as the Intergovernmental Panel on Climate Change (IPCC) has released its latest report. That report, out last month, detailed the scientific certainty of anthropogenic warming, while further reports due in coming months will look at likely impacts and what's to be done.

But Dr Salinger says those reports will not go into detail on the specific challenges countries face or the adaptations open to them. The book does, documenting the changes that have already happened and predicting what's coming next this century, as well as suggesting what responses are available.

It looks at rainfall, the effect of warming on fresh water, impacts on glaciers, biodiversity, viticulture, fisheries, public health, crops, livestock and sea levels, among other areas.''

The climate is warming and will continue to warm so we need to plan for this,'' Dr Salinger says.

Fisheries are a critical area addressed in the book, he says.

Fish account for about 15% of the global human population's intake of animal protein, and fish products are the most widely traded food commodity in the world. There will be more pressure on the resource as the world's population grows towards 9 billion by 2030 and warming leads to desertification of larger areas of ocean.

Big fishing nations such as Spain and Korea are likely to want to continue the harvest and nations such as New Zealand, with big exclusive economic zones (EEZ), will have to be watchful to protect their seas.''

''You might have fish wars with Dunedin at the centre of it.''

There's a chuckle, but the climate scientist, who together with the other contributors to the 2007 IPCC Assessment Report, picked up a Nobel Prize, is making a serious point.

''Well, you think about it. Dunedin and Hobart, those two centres are very strategically located.''

Each sits at the border between the rich Southern Ocean and the South Pacific, he says, Australia has the third-largest EEZ in the world and New Zealand the sixth. Given the pressures on fisheries - where extraction has been at the maximum rate since the 1970s - the two countries might well increasingly task their combined defence forces with protecting the resource.

The expanding ocean deserts that might push fishing fleets to find new fields are the result of reduced mixing as oceans warm, Dr Salinger says.

Fewer nutrients from deep cold water mix up through the warmer layers at the top to feed the phytoplankton that forms the base of the food chain.

''If you start mucking around with the base of the marine food chain you affect everything above it.''

''The expansion ... is consistent with global warming scenarios ... but the rates of expansion greatly exceed recent model predictions,'' the author of the book's chapter on fisheries, Alistair Hobday, of CSIRO, Australia, says.

Another area in which climate change will impact this century, as average temperatures increase by a projected 2degC, is viticulture, Dr Salinger says.

Just as warming in France is already affecting the quality of the wines from Champagne, Bordeaux and the Rhone Valley, milder summers in Otago will provide growing conditions better suited to sauvignon blanc, rather than pinot noir.

If the world continues to burn fossil fuels at the current rate, warming of 3.5degC to 4degC is on the cards, by which stage Otago could be a byword for merlot and cabernet franc.''

''New Zealand and Otago has advantages of latitude range and you can go up in altitude as well, you can go up the slopes a bit, push your pinot noirs up the hill.''

The glacial soils of the Mackenzie Basin might come into play for grape growing, displacing the dairy muscling in now.

Dr Salinger and the other contributors to the book make the case for considering adaptation sooner rather than later.

If any other evidence is required, for Dr Salinger, it is provided by the country's glaciers.

They have been monitored annually since 1977, in which time the Southern Alps has lost 30% of its ice volume, 14% of that in the last four or five years.

Why then, with the impact of climate change already apparent, is there so little activity in response?

''We still have primitive brains so we still think in terms of the environment as we did 30,000 years ago,'' Dr Salinger says.

As a result, showing people temperature graphs or reciting figures, while intellectually valuable, has only so much impact.

''This is why I like to tell people to go and have a look at the glaciers because then it is that visual connection. That probably is the New Zealand canary in the coalmine.''

Catch his talk
Dr Salinger will talk about living in a warmer world at the University of Otago College of Education auditorium on Thursday, October 31, 5.30-7pm.