Rechargeable lithium ion batteries are used in tools, electronics, electric cars and bikes due to their high energy density and ability to retain a charge when not in use. Photo: Si Williams
Batteries impact on nearly every aspect of our lives, from baby monitors to smartphones and cars. But what happens when they reach the end of their useful lives?

I wouldn’t call myself a surfer, but I’ve been out on a surfboard often enough to recognise that moment when you notice an unusual lump forming way out towards the horizon. It looks harmless enough at the beginning, but as it approaches, the lump becomes a hill and then a mountain looming up above your head (by that stage I’m paddling as hard as I can towards the wave so  I can get out of the way before it breaks).

There’s a wall of waste forming out to sea which, in the next few years, is going to break over our unsuspecting heads. It’s made from batteries. You hardly notice the mundane and hidden battery when you buy something new, but they are everywhere. I tried to count  how many batteries we’re using in our house, but got sick of it once I hit 50.

We live in a world of portable energy, where we can take our phones, music and computers with us anywhere we go. Every device depends on a battery, that tiny chemical storage unit which takes power from the electricity grid and releases it when we want it. The lithium ion battery,  released by Sony in 1991,  was the key to making electrical energy transportable. There are all sorts of batteries, from  alkaline AA’s to the more toxic lead-acid car batteries and nickel-cadmium (NiCd) batteries.

Rechargeable  lithium ion batteries  are used in most electronic devices, and also in electric cars and electric bikes.

Although our house is full of them, I wasn’t that sure what a lithium ion battery was until I did some research for this article. Lithium ion batteries are ‘‘energy dense’’. I find it handy to think of them as muesli bars  — they carry  lots of energy (calories) in a pocket-sized battery (muesli bar). You’d need about six times the weight of the traditional lead-acid batteries used in cars to store the same amount of energy as a lithium ion battery (like taking a whole box of muesli with you).

There are other benefits to lithium ion batteries. They hold their charge really well, so it minimises the drain on the battery of our cellphones and laptops when we’re not using them. They have no "memory effect", which means that unlike other batteries you don’t have to empty them completely before recharging them. And they can deal with hundreds of charge/discharge cycles.

Remember the Samsung Galaxy Note 7 batteries that caught fire? They sparked two recalls and cost Samsung $NZ7 billion.  Samsung said early this year  the first round of fires was caused by over-sized batteries overheating. It wasn’t some fancy chemistry problem, just a basic measurement issue, which is almost funny when you think of the complexity of the phones. Later fires were caused by phones exploding because sharp edges and missing insulation tape damaged the batteries, again, causing them to overheat.

These batteries hate overheating, but they’re no fan of the cold, either. When it comes to temperature, lithium ion batteries prefer a lovely warm house, much like we do (15degC- 20degC). You can also prolong the life of the battery by not charging it to 100%. The last little bit of battery power costs a lot more in terms of degradation of the battery, so if you don’t need that extra range, you’re better to  stop charging at 80%-90%.

But even if you look after your lithium ion batteries as well as you look after your children, they still degrade over time.  According to the waste hierarchy, the steps to minimise waste are reduce, reuse, recycle. Before looking at recycling options, are there any ways to reuse them?

Electric car manufacturers are making progress on using ex-car batteries for home power storage. Home battery storage could be a breakthrough for solar power. The biggest difficulty with solar is that most power is made during the hours when people use it least (daylight hours when they tend to be at work). Home battery storage could free a solar power owner from the grid.

The Nissan Leaf is the world’s best-selling electric car, with 250,000 sold since its launch in 2010, according to Bloomberg. Batteries are swapped out of the car after eight to 12 years, depending on usage, but still retain around 70% of their initial capacity. Nissan announced earlier this year  it is selling a home power storage unit called xStorage, which retails from about £5000 ($NZ9400)  in the United Kingdom. Some xStorage units will be made from recycled EV batteries, which Nissan sees as a green marketing advantage. BMW announced last year it was also planning to reuse batteries from its BMW i3 in at-home battery storage systems.

Eventually, though, all batteries reach the end of their lives. What then? Although lithium ion batteries are not as toxic as some other batteries, throwing them into the landfill is no solution. It’s not easy, or cheap, to extract and retrieve materials from inside batteries, but it can be done. Cobalt is the highest value material in Tesla’s lithium ion battery, so the company’s recycling process focuses on producing a lithium cobalt oxide, which is valuable to battery manufacturers.

Recycling lithium ion batteries is made more difficult and costly because batteries from different producers vary in the combination of materials they contain, as well as size and shape. Recyclers are calling for standardisation, but unfortunately, the existing economic model rewards competition rather than co-operation.

There could be other revolutions in batteries on the horizon. Research is being done on nano-wire batteries, solid state batteries, transparent solar chargers, an air-breathing battery and organic batteries. Who knows which will make it into our daily lives and what amazing changes they’ll make to the way we live? With new technology comes the chance to change the way we think about waste and to design it out of the system before the technology is commercialised. That would be a real revolution.

Where to recycle batteries

Wastebusters in Wanaka and Alexandra

Takes all sealed batteries (except damaged ones) and electronic waste

Drop off to recycling centre, electronic waste priced by item

Charge $4.50 per kilo of batteries

Take all sealed batteries (except damaged ones) and electronic waste

Pick up with e-waste collections or drop off by arrangement

Charge around $5.80 per kilo of batteries, electronic waste priced by item

Ask the dealer you brought it from. The big companies, eg Nissan and Bosch, will take back their batteries for recycling overseas, so we should expect them to do the same here. 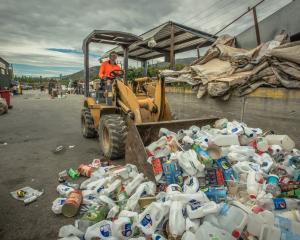 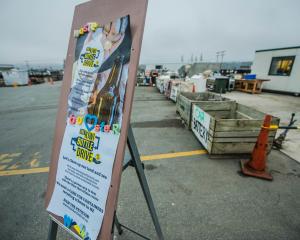 Putting away the plastic 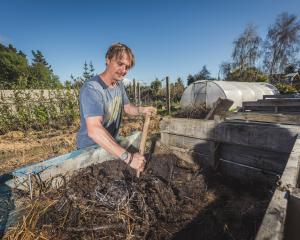 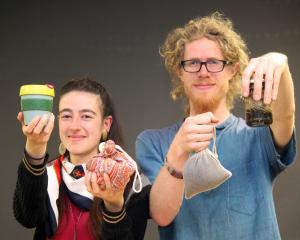 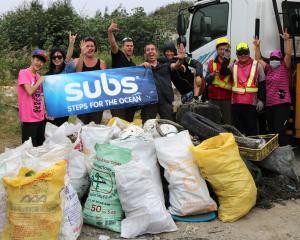 Presents for the future