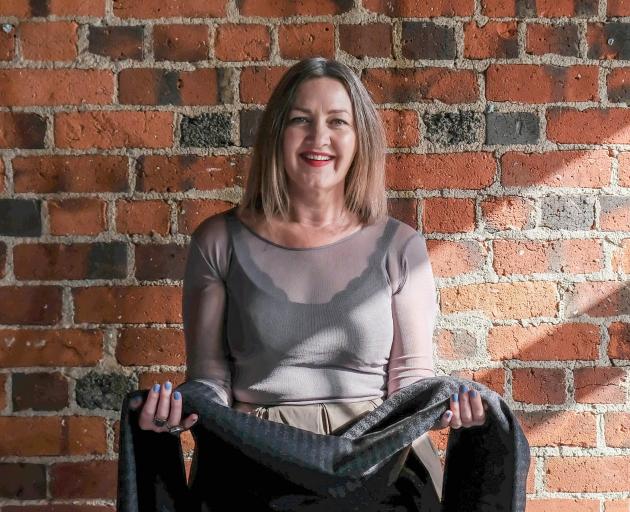 Do expect cutting-edge international fashion at iD this year, but don't expect it to come with a straw.

And certainly anticipate inspiration in spades, but a commemorative cotton T-shirt? No chance. Try a temporary tattoo instead.

Sustainability, longevity and footprints smaller than a stiletto heel are all in this season, as part of iD Fashion Week's renewed focus on the fashion industry's wider environmental impact.

It is not a coincidence that focus has followed swiftly on the heels of recruiting Bernadette Casey to the event committee.

Casey is creative director at The Formary, a leading-edge Wellington-based business dedicated to cutting textile waste streams, here and around the world.

They are at present tackling the millions of uniforms corporates chew through every year, recycling the fabrics involved. And another of its projects, Mibu, involves repurposing the waste straw from the Chinese rice harvest to make a wool-blend upholstery fabric.

Straws of the more familiar drinking variety, made from plastic, are one of the world's worst plastic polluters, particularly when it comes to ocean pollution. So Casey has a plan for them too. Which is to not have them.

This year, a "no straws policy'', and advice to avoid other single-use plastic, has been distributed to all iD Fashion Week partners, Casey says.

"Everything we do has an impact, so if we can make a slight change in how we do things, at scale this can have quite a profound impact.'' 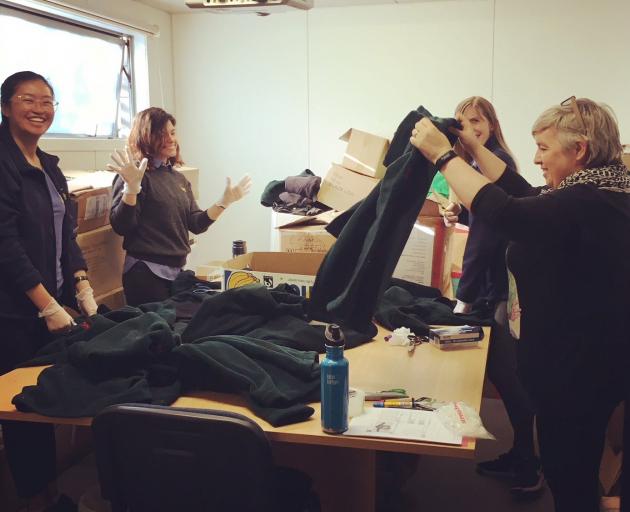 Wellington Zoo and the Formary staff sort the zoo's decommissioned uniforms for reprocessing as part of the NZ Textile Reuse Programme.
So no commemorative T-shirts either. Cotton, Casey says, is a high-impact textile. It takes all the water a person drinks in three years to produce the cotton for a single T-shirt, and cotton is often produced in countries that are water impoverished.

"When you think of the number of cotton T-shirts that would be required to promote the event and then you think of it in terms of its water usage - 3000 litres per T-shirt - then we started to think, `right, how can we lower our impact?'. And this year they are doing a range of temporary tattoos, which is really great.''

No T-shirts also means no T-shirts finding their way into the waste stream a couple of months down the road.

As a result, the impact of each and every person attending is reduced, Casey says.

That aligns with the way in which the young designers assembling for iD are working, she says.

"It's really exciting to see what's coming through from the new designers because their view is different from established designers: I think because their school education and their tertiary education is broader than the traditional design education.''

That education still focuses on creativity, but a broader, more holistic approach means students have to look at the impacts of their designs; "their social impacts, their environmental impacts, and this all comes through their education in the tertiary design space''.

After working at The Formary on issues arising from textile waste streams for a decade, Casey says she is seeing an explosion of interest in the area. Ethical supply chains are in and more consideration is being given to fabric choices.

"It just feels like it has really gained momentum recently.''

Fashion doesn't have to be about unbridled consumption, she says.

The sort of work that will be on display at iD is the very antithesis of the fast-fashion model that is filling landfills around the globe with low-quality, disposable items designed to be worn a handful of times before tossing.

By contrast, iD's designers are all about the design and the craft, Casey says.

"They are carefully thought out, they use skilled crafts people to make them, they are about longevity.''

It's more about style than the notion of trend, which is part of what drives intensive consumption, she says.

"Because of the work we do around the end of life, people sometimes make this assumption that we [at The Formary] are anti-fashion. In fact, we are really pro-fashion.''

Fashion, properly understood, is about self expression and identity. It is important and that will be on show at iD.

"It is about changing our clothing model from this really consumptive model back to where we have come from, this craftsmanship and to valuing our clothes and to the beauty and the creativity of it.''