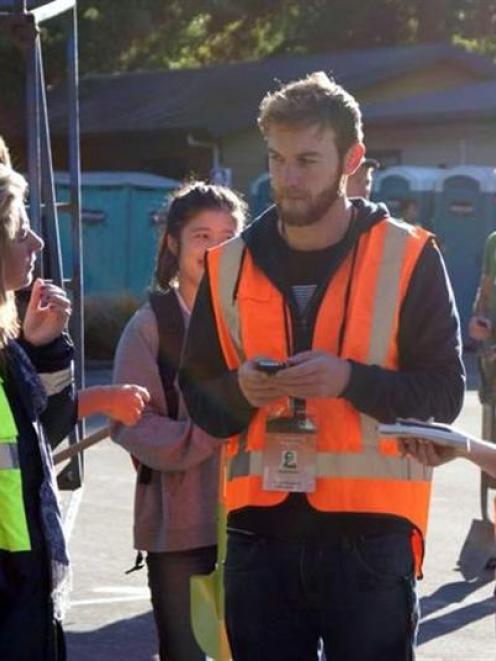 Kohan McNab will join Deloitte's Auckland-based management consulting team in early 2013. The former Otago Daily Times Class Act recipient had job interviews earlier this year and is in no doubt the project management skills he gained after the February 22 earthquake helped.

That day, the law and commerce graduate was a little over a month into his new role as president of the University of Canterbury Students' Association, representing 16,000 students. McNab had watched former president Nick McDonnell at work after the first earthquake but the challenges in February were different, he says, recalling the panic as he helped evacuate the association's building during orientation.

"After the September one, it felt like we'd dodged a bullet. After February, it didn't feel like that at all. It was a lot more ...

challenging emotionally and I think that's partly why so many people got involved with the student volunteer army ... Being involved with something positive like that made a big difference."

Primary school friend Sam Johnson had formed the army via Facebook after the September 2010 quake and towards having young people involved in the community, the pair worked to formalise the group's structure.

That helped it mobilise quickly when the big one hit: "We definitely didn't see it coming but it was good to be prepared."

In the next three weeks, about 9000 students armed with shovels and wheelbarrows helped clear silt from houses, gardens and driveways. They also established a website and call centre so they could respond to smaller jobs - the first time, be believes, that something like that had been set up and run by volunteers after a natural disaster.

McNab says some people seemed to think the earthquake changed students into community-minded individuals, where they hadn't been before.

"But they didn't change.They were the same students who, two weeks beforehand, the community had been criticising heavily in regards to alcohol bans and the annual arguments that come up around orientation week. It was just this time they were seen in a positive light.

"It was full-on but fantastic because not only could we help people but we could provide a way to let others help people and both parts of that were important."

As well as running the headquarters where the volunteers signed in, McNab was talking to university officials about ways to get students safely back to campus and working with the students' association to restore its services.

By year's end, a new student space had opened beneath the central library but the student building he was in at the time of the quake remains off limits.

Earlier this year, the former St Kevin's College pupil spent time working in the mining sector in Australia and doing volunteer work in schools and orphanages in Nepal. At present, he is working on his parents' Mid-Canterbury farm and studying.

After six years in Christchurch he is keen to move on and to gain skills in other areas but if anything, the quake strengthened his connection to the city.

One lesson he learned from his experience was that "if you put yourself out there and make an effort, you'll always find people who are keen to help", he says.

"A lot of the time you feel like there are situations where you can't do anything, whereas that didn't occur to the guys who kicked it off ..."