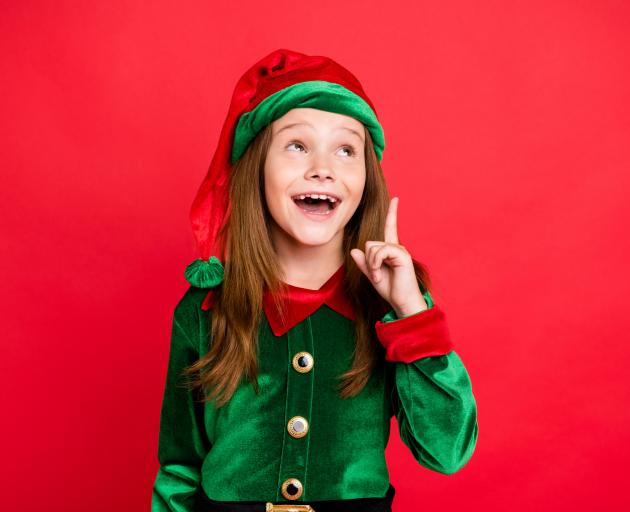 "Yes, but she says she wants all the elf mums to get together during the holidays to plan the costumes so that they're all the same."

"That's all very well for Miss Jackson. She has holidays, you have holidays, but I don't."

"But you have to. Miss Jackson said."

"I don't have to do anything."

I beat a hasty retreat.

I usually write supportively about schools and teachers but I did feel for my daughter. It was after school on the last day of the term and she was landed with this while Miss Jackson had gone into hiding for two weeks.

Amazingly, the very next day, there was a round of text messages from some of the 10 elf mums keen to get on with job. Would they buy? Would they make? Or get them made? What should "the price point" be?

It was hard to believe the amount of traffic this "message convo" generated. My daughter steadfastly refused to respond until one little elf reported to our little elf that her mother thought that our little elf's mother was being extremely unco-operative.

Perhaps she could be the elf project treasurer, since she knows about money? No. Obviously not a team player.

Did Miss Jackson realise what she had set in motion? And these were just the elves. There were probably angels, pixies, reindeer and who knows what else. Pity the mums with more than one child.

Then there was The Vote. Should the T-shirt be red or green? Or five of each? There's currently a vote in progress on footwear. Needless to say, this household will continue to abstain.

More and more work seems to be put on parents. There are galas, working bees, class morning teas, assistance with trips, in-school fundraising where goods need to be supplied then money supplied for purchasing, and externally with raffles and chocolate selling (which seems to be where "healthy eating" programmes come a little unstuck).

Talk about Extinction Rebellion. Maybe we need a Parental Rebellion. A little bit of civil resistance to these ever-increasing demands.

Half an hour ago, I took a phone call from Becky's mum. Our elf has been invited to a Halloween party. And she will need a costume.