Photo: Getty Images
At a loss about how to talk about child loss? Speak their names, says Emily-Jean Hill, whose daughter was stillborn.

Emily-Jean Hill is a mother of three - two boys named Parker and Hudson and a little girl named Aleisha.

But no one ever talks about Aleisha because Aleisha was born sleeping.

People don't know how to talk about her, says Emily-Jean. And in turn, she finds herself not mentioning her daughter for fear of upsetting others.

"You can be around people and you so badly want to talk about her or say something but you just can't because it will make people uncomfortable," she tells AAP from her central Queensland home near Rockhampton.

"People don't know how to respond.

"It is hard but we want every opportunity we can to talk about our daughter."

Emily-Jean was 35 weeks into her second pregnancy in April 2017 when she started experiencing cramps that she thought might be false labour pains.

She didn't want to waste her midwife's time unnecessarily, so waited until the next day to visit the hospital for a check-up where, at first, they heard a heartbeat.

And then suddenly they didn't.

"It went from being a very quiet room to me being fully stripped of my clothes and prepped for an emergency caesarean," Emily-Jean says.

An ultrasound was wheeled in to investigate and then, just as quickly, the room was quiet again.

"The head of obstetrics walked in. He sat at the end of my bed and held my hand and said 'I'm so sorry, there's no heartbeat. Your daughter has died'," Emily-Jean remembers.

"I think I went into shock."

Having given birth to a healthy boy 18 months earlier and having enjoyed a "textbook" pregnancy up until that point, a stillbirth was the furthest thought from her mind.

Sadly, she had suffered a rare form of placenta abruption, where the placenta comes away from the uterus wall. There was nothing the medical team could have done to save Aleisha.

Indeed, Emily-Jean's own life hung in the balance after she began bleeding heavily before she could birth her daughter.

She still finds it a struggle to talk about what happened to Aleisha, who would be four and a half now.

But, she says, it is so vital people have these conversations to break the stigma around child loss.

This October, Red Nose Australia is promoting Pregnancy and Infant Loss Awareness month by staging a series of Walk to Remember events around the country and by encouraging people to confront the taboo surrounding this sensitive subject by sharing their experiences.

"People don't know how to respond but that is why I think it's so important to talk about it," Emily-Jean says.

Starting that conversation might seem daunting but it doesn't take much, she says.

"Just mention their child's name. That's a big thing. We all appreciate that." 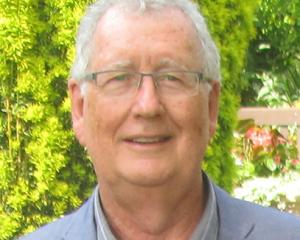