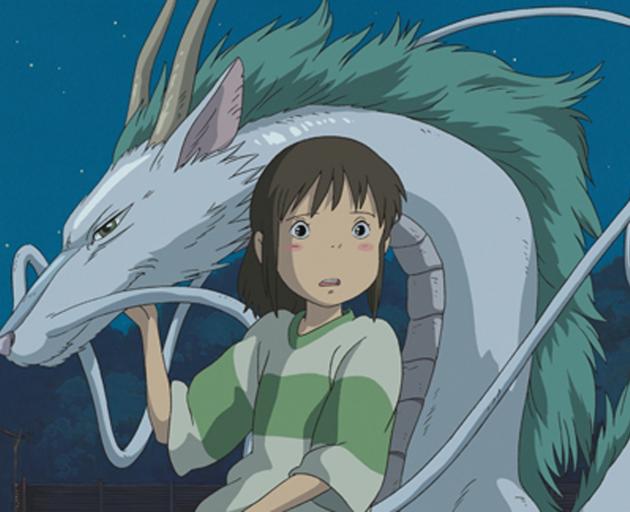 Spirited Away. Images: Supplied
Japanese anime house Ghibli has listened to its fans and finally released its back catalogue for streaming on Netflix, writes Guy Lodge.

Netflix concentrates so much of its promotional effort on pushing its original content — particularly at Oscar time, with The Irishman, Marriage Story and multiple documentaries among its films hoping to grab some gold — that you wouldn’t usually expect one of its archive acquisitions to get the biggest streaming-related headlines of the year so far. But it’s indicative of the global, generation-crossing adoration for Japan’s Studio Ghibli animation house that its new agreement with Netflix is, in all senses, a very big deal.

Impatient acolytes will remember that Ghibli and the streaming world were at an impasse for several years, with the studio preferring not to make most of its back catalogue available for digital distribution — encouraging fans to buy its pristine Blu-ray releases instead. It’s Netflix, unsurprisingly, that has broken the barrier.

‘‘In this day and age, there are various great ways a film can reach audiences,’’ said Ghibli producer Toshio Suzuki. ‘‘We’ve listened to our fans and have made the definitive decision to stream our film catalogue.’’

It’s an apt enough way to celebrate the creative resurgence of a studio that threatened to shutter production in 2014: its most lauded director, Hayao Miyazaki, has emerged from retirement to make a new film, How Do You Live?, though reports suggest it’s some way from completion. While we wait for that, 21 of Ghibli’s films will be exclusively added to Netflix’s streaming library, in all territories except the US, Canada and Japan. (Rare are the moments we get streaming access to something over Americans: let’s smugly enjoy this one.) They can be watched in the original Japanese with subtitles, or dubbed into 20 other languages — adult purists and very small fry are thus equally well served.

The films are being unloaded on to Netflix in three batches of seven, over three months. The first have just landed, and already includes some of the studio’s most beloved classics. It’s practically inconceivable that any modern-day childhood could be completed without a viewing of Hayao Miyazaki’s My Neighbour Totoro, the most pure-souled and joyful of all Ghibli films: perceptively humane but dusted in real magic, its story of young girls escaping into the spirit world to help them through a parent’s illness remains bewitching at any age. 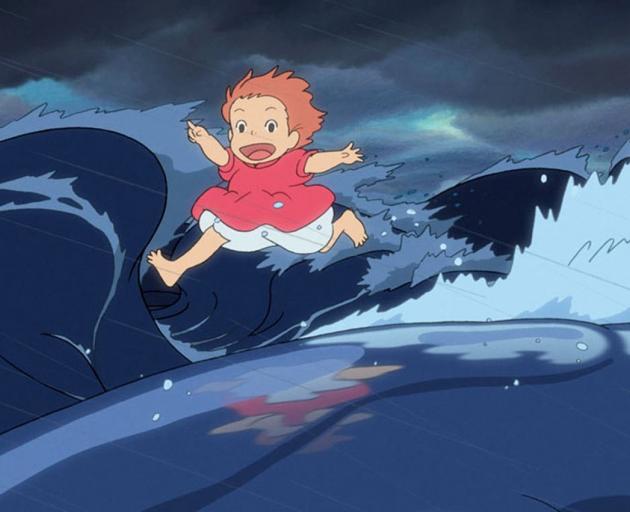 Ponyo
Miyazaki’s Kiki’s Delivery Service, with its cheery tale of whimsical witchery, also sits at the sweeter end of the Ghibli spectrum, but another Miyazaki, Porco Rosso, ranks among their most spectacularly eccentric works: a daftly comic, skewed-to-adults romp about a World War 1 fighter pilot turned bounty hunter turned oddly debonair pig. (It’s one that’s actually worth watching in both the Japanese and English versions, since Michael Keaton’s offbeat, dashing voice work as our bacon-y hero is rather inspired.)

The introductory collection also includes a fourth Miyazaki title, Castle in the Sky, which was also the first feature Ghibli produced, in 1986. Its blend of elaborate, child’s-eye fantasy and steampunk styling isn’t the most polished in its catalogue, but it’s a rich, ambitious blueprint for the kind of world-building it would refine in future. Miyazaki’s son Goro directed 2006’s Tales from Earthsea, a busy, dragon-powered saga based on Ursula K Le Guin’s popular Earthsea novels. It’s one of Ghibli’s less engaging adventures and not where any novice should start, though completists will be glad it’s included.

Two less obvious selections in the first group, however, are highly rewarding. Isao Takahata’s lovely, mellow Only Yesterday dispenses with fantasy for a wistfully grown-up portrait of a lonely city woman taking stock of her life over a country holiday; if Yasujiro Ozu had made cartoons, they might have been something like this one. It’s less emotionally acute, but Tomomi Mochizuki’s rarely screened Ocean Waves is likewise a gentle, mature character study, centred on the dynamics of a teenage love triangle.

Devotees of Miyazaki’s two most canonised works, the majestic, fantastical war epic Princess Mononoke and the Oscar-winning, shape-shifting fairytale Spirited Away, will have to wait until March 1, when they’ll hit Netflix along with the considerable bounty of The Tale of the Princess Kaguya, Arrietty, The Cat Returns, My Neighbours the Yamadas and Nausicaa of the Valley of the Wind. April, finally, will bring The Wind Rises, Howl’s Moving Castle, Pom Poko, When Marnie Was There, From Up on Poppy Hill, Ponyo and Whisper of the Heart.

You may have noticed the collection is missing one Ghibli feature: Grave of the Fireflies, Takahata’s shattering story of two Kobe orphans struggling to survive the final days of World War 2, isn’t part of the deal. Among Ghibli’s most exquisite and least typical masterworks, it’s instead available to stream on Amazon. Netflix can’t have everything its way; they’ve managed a pretty dazzling and long-awaited coup.