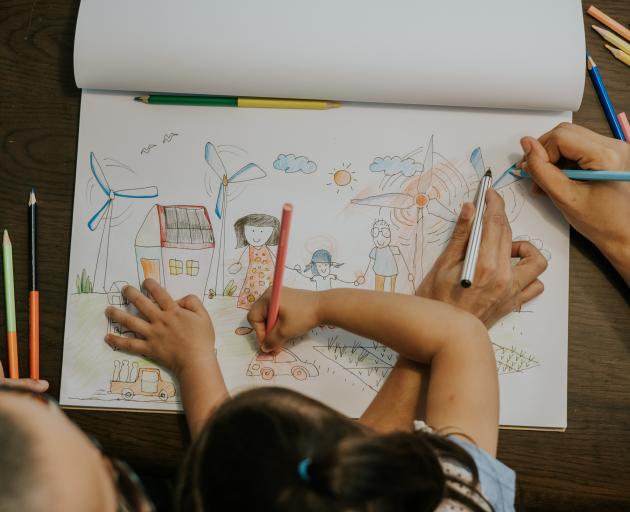 My granddaughter is 3 years old. Her growing-up years will coincide with the most critical decades for the future of humanity on this planet. I often ask myself what her life will be like in 2050, the year by which the world should reach climate neutrality if we are to have some hope of stabilising climate change.

The world I grew up in was dominated by growth. It was an era of increasing levels of consumption, production of fossil fuels, sizes of cars, numbers of international flights, tonnages of waste, global population and expectations of wealth. Growth was so normal that it was hard to imagine a world without it. If a town wasn’t growing, it was considered a serious problem. We expected our children to have more wealth and more possessions than we had. "Growth" was equated with "good", and a lack of growth with "bad". GDP growth became governments’ measure of success.

And because the earth’s natural systems had a degree of resilience, this worked out OK for a while. Rivers and streams continued to flow even though they might have less water and more pollutants. The vast seas seemed impervious to increasingly rapacious methods of fishing and outpourings of plastic waste. Fossil fuels seemed to be an inexhaustible resource that would keep powering the ever-growing economy. The atmosphere was so massive that surely it could never be affected by the additional carbon dioxide and methane we were pouring into it. It was easy to ignore or downplay the incremental changes to biodiversity or health, or how these changes were impacting some societies more than others. But over time these depredations steadily increased, caused by the growth that we had thought was good. Sooner or later a tipping point was going to be reached.

And now, here we are. Reports from the United Nations tell of the devastating impacts for nature (such as mass extinction of species) and for people (livelihoods destroyed), and how the interactions between economic vulnerabilities and ecosystem failures are escalating the risk of global collapse. The latest reports of the Intergovernmental Panel on Climate Change pull no punches about the rapidity of climatic change and its implications for all life on earth. We have a very short window of time - a decade or two - to make extraordinarily widespread changes. But so far there has been very little tangible action by governments globally: there have been many unmet promises and much delay and back-tracking.

The next 25 years ought to be a period of acute transformation. To avoid a worst-case scenario, we need to transition to zero-net-carbon and at the same time restore the functioning and integrity of natural systems. We have to learn how to live within planetary boundaries and to de-escalate the potential for geo-political tensions. As governments, businesses, communities and households, we must transform how we produce everything from infrastructure to food, and what and how we consume. We have to revolutionise energy systems and farming systems. We need less voracious expectations for our own lives so as to not deny future generations some quality of life. We need to ensure that the stresses of these major adjustments do not unfairly impact those who are already suffering from inequities. Most fundamentally, we have to transform our thinking away from a fixation on growth to a fixation on stabilisation and regeneration.

Scarily, this transition has to happen at precisely the same time as our social and economic systems are starting to be hammered by climate change. We are already seeing first-hand the increase in storms, droughts, floods, heat waves, fires and sea level rise, and the consequences for local and global economies. Even at the most optimistic scenario of limiting temperature rise to between 1.5degC and 2degC, every living thing will be affected. And we have to be prepared for the worst-case scenario because we cannot trust that the highest carbon-emitting nations and powerful incumbent industries will take action in time.

So we are caught in an existential pincer. Just as natural systems are destabilising and consequentially affecting economies and societies, we need to put in extraordinary efforts to purposefully deconstruct and reformulate our systems of production and consumption.

Despite this, I have hope for the future of my granddaughter in 2050. I am pleased we have a government that is starting to take climate change seriously. I am in awe of iwi and hapu who are already developing climate response strategies and actions. I am impressed to see councils reach beyond their mandated responsibilities and work with their communities to simultaneously reduce emissions and adapt to the inevitable impacts of climate change. I am excited to see businesses that are seriously grappling with what it means to be truly sustainable and to be part of a circular economy. I am motivated by the voices of young and old as they work together to create change. I gain inspiration from Maori worldviews and knowledge systems in which people are related to the living world and responsible for her health and abundance. I gain hope from the initiatives of kainga and communities who can see what is coming and are preparing themselves by re-learning what it means to live locally.

If my granddaughter’s life in 2050 is to be something other than a bad apocalyptic movie, all of these efforts must come to fruition. We must see this point in time for what it is - the most critical quarter-century ever for purposeful global transformation. We must work collectively and tirelessly to the same ends, recognising that there will be many ways to get there. And by 2050 - if all goes well - we will hopefully have reached a plateau where we are living within the capacity of earth’s systems to support human life; no longer drawing down the future in order to support the present; and with a reasonably stable climate.

My granddaughter’s everyday existence, however, will likely look very different from that of a middle-income Kiwi today. Aotearoa will still be globally connected, but international travel will be limited and global supply chains a less significant part of the national economy. New Zealand’s businesses will be strongly sustainable and regenerative, and if they are not then the global markets will be uninterested in their products. Growth will no longer be the primary driver of economy. Things that we buy will be designed for a long life and will be mendable. My granddaughter and her peers will not expect to own as much stuff as her parents or grandparents. Her house may be shared with friends or family and will be cosily insulated. It will have solar generation and a battery, and may well be part of a community power-sharing scheme. Much of her travel will be by foot, electric bike or public transport. She will probably only work for income a few days a week and spend more time on simple life-enhancing activities - working in the community garden, preserving food, fixing things, caring for others and socialising.

In 2050 she will look back at the past and will be incredulous that anyone would burn coal or put petrol in a car. She will find it hard to believe that her parents worked 50-60 hour weeks. And she will completely fail to understand how intelligent humans could have believed that everlasting growth - in all its manifestations - was possible on a finite planet.

Janet Stephenson is a research professor at the Centre for Sustainability, University of Otago, and is a member of He Kaupapa Hononga: Otago’s Climate Change Research Network advisory group.