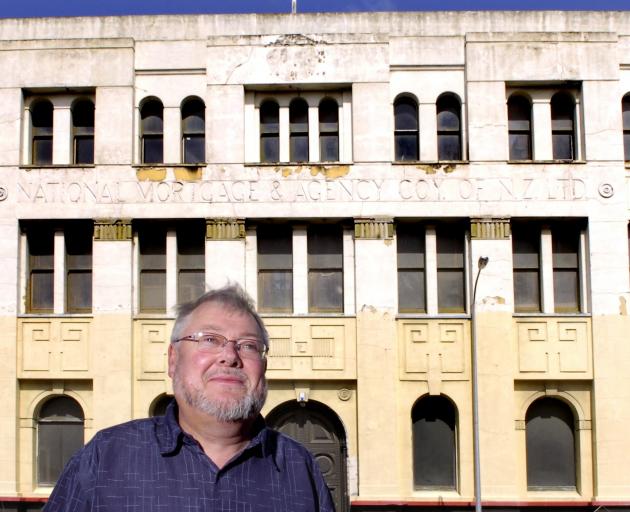 From the start, the West’s reaction to Communism has been one of fear. Based on an academic journal article by University of Otago historian Assoc Prof Alex Trapeznik, Bruce Munro recounts the role New Zealand soldiers played in the West’s forgotten Russian war of intervention after the October 1917 Revolution.

When Lenin and the Bolsheviks seized power in the name of the Soviets in October 1917, they transformed not only Russian history but also 20th-century history.

Western governments viewed the Bolsheviks, who renamed themselves Communists in 1918, with great suspicion. They were fearful that if communism spread it would spell the end of the capitalist system of power, privilege and wealth from which they benefited. 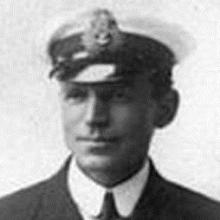 Frank Worsley
The Allied powers reacted with military intervention in Russia between 1918 and 1920.

New Zealanders were involved in the campaign in northern Russia, a largely forgotten war that became known as "Churchill’s War" and "The Great Russian Gamble".

In Russia, with World War 1 still in progress, Lenin’s first priority was to preserve the Revolution. The most immediate external threat was the Imperial German Army. So, the Treaty of Brest-Litovsk was negotiated.

Inside Russia, a civil war was in progress. There were several opposition forces — White armies led by Tsarist generals, a variety of anti-Bolshevik and ethnic separatist militias and a Czechoslovak Legion stranded in Central Asia that took control of the Trans-Siberian Railroad.

Winston Churchill, who was then Britain’s Secretary of War, was an enthusiastic supporter of intervention in Russia. 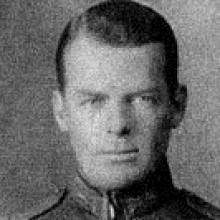 Charles Carr
A crucial element of the plan was to mount a secret mission of more than 1500 soldiers, the North Russian Expeditionary Force (NREF), which would have have several objectives. The first was to secure the northern ports of Murmansk and Archangel. These ports had come under the nominal control of Germany after the peace treaty was signed with the Bolsheviks. That was a concern to the Allies because the ports were laden with munitions and equipment previously sent by them to equip tsarist armies,  weapons which they did not want in German hands. The NREF was then to train Russian volunteer soldiers, make contact with the stranded Czechs, and put the two together as a fighting force.They were also to give aid to White Armies in their goal of  overthrowing the fledgling Bolshevik government. If this was successful, it would achieve the twin aims of suppressing communism and bringing Russia back into the war against Germany.

The force was ill-prepared to face a northern Russian winter. So, Antarctic explorer Sir Ernest Shackleton visited to oversee arrangements.

Shortly after the NREF landed in Archangel, it was reinforced by about 24,000 soldiers from Britain, the United States, France, Italy and the region of Serbia.It was not difficult for the New Zealanders and other trainers to convince many of the 23,000 Red Army prisoners held in the area to fight against their former army. They would be better treated, equipped and fed  and, when they got back to the frontline, could quite likely escape back to their own lines and liberty.

Sgt Burke, who was originally from Australia, was made a captain and put in charge of a regiment of former Red Army soldiers.

For his heroism on the battlefield, on September 25, 1918, Capt Burke was awarded a Military Medal for Gallantry and the St George’s Cross 4th Class.

His comrade in arms, T.W. MacLean, suffered a somewhat different fate, being  discharged from action after  contracting  gonorrhea.

He was one of many. By March, 1919, the American hospital at Archangel alone reported 129 cases of gonorrhea and 54 cases of syphilis.

Capt Burke was well liked by his men. Most were not so lucky or skilled. Mutinies became a common occurrence in northern Russia, not just within newly-conscripted or recruited troops, but also within Allied forces. During the 12 months to August, 1919, among White troops alone, there were 18 recorded incidents ranging from reluctance to advance to killing British officers and deserting to the Red Army.

By this time there was a total foreign force of about 200,000 in the whole of Russia. But the only interventionists who were making any real headway were the Japanese in the Far East provinces.The success of the intervention became increasingly doubtful.

On March, 1919, the decision was made by the British War Office to withdraw from northern Russia.

Overthowing the Communists, however, remained on Churchill’s agenda.To achieve that, while also facilitating the orderly evacuation from northern Russia, it was decided that an 8000-strong Northern Russia Relief Force (NRRF) would be formed. The NRRF was to mask the evacuation by launching a large-scale offensive against the local Red Army. This took place on August 10, 1919. The Bolshevik troops were taken by surprise. That aided the evacuation but did little to unseat Lenin.

Several New Zealand soldiers were among those who volunteered for the NRRF. Others served with Royal Navy and Royal Air Force (RAF) units in northern Russia.

Among them was Charles Roderick Carr (later Air Marshall Sir Charles Roderick Carr), of Fielding, served with distinction as a member of the RAF and was awarded the Distinguished Flying Cross. Another worthy of mention was Frank Arthur Worsley, of Akaroa, who had worked with Shackleton in the Antarctic, was awarded a bar on his Distinguished Service Order and was awarded the Imperial Russian Order of St Stanislas for courage and heroism.

In New Zealand, reaction to the intervention and involvement of Kiwi soldiers was minimal. One official response lauded Allied intervention forces for attempting to free Russia from the Communists. But there was little other mention. That is understandable; the Kiwi soldiers were in Russia as part of the British Army and the New Zealand government was not briefed on the destination of those who volunteered for the "secret" mission.

The evacuation from Archangel and Murmansk took place in September and October, 1919. Accompanying the troops were about 6000 Russian civilians, including war brides. From start to end of the northern Russia operation, there were 983 British casualties, including 327 deaths.

The intervention was a failure. By October 1920, the Russian civil war was at an end and the Communists  had control of most of the Old Russian Empire. The Allies had failed in their attempt to stop the October 1917 Revolution becoming the defining event of the 20th century.

Really lost their chance there. This involvement of Kiwis with the 'scorched earth' White Russian Army is not widely known. Just as well the Reds let bygones be bygones and joined the allies in WW2.