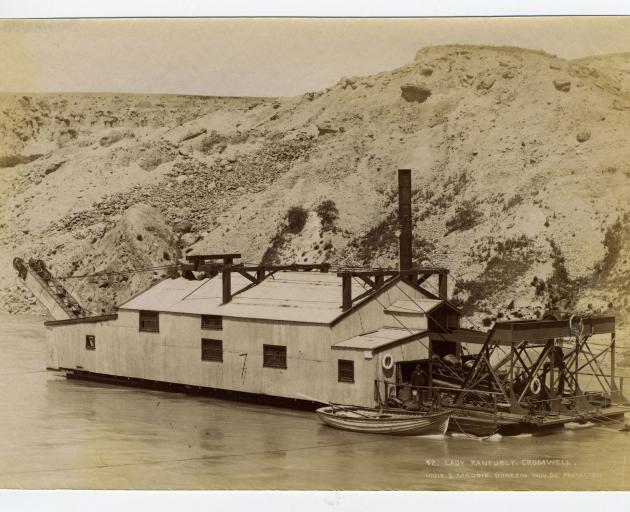 The Lady Ranfurly dredge. PHOTOS: TOITU OTAGO SETTLERS MUSEUM
At Toitu Otago Settlers Museum, we have been working on some changes to our goldmining displays. These changes will hit the gallery floor before the middle of this year.

One of the things going on display - a tie pin made from a gold nugget recovered at the height of the gold dredging boom in Otago - is the subject of today’s story.

The nugget pin was donated in the 1950s by the family of the late Alexander Crow McGeorge, one of the men behind the establishment of the Electric Gold Dredging Company - a company that would prove instrumental in fuelling the dredging boom around the turn of the 20th century - in 1895.

The tie pin made from a gold nugget.
The company’s third dredge was built in 1898. It was named Electric No.3 but was better known as the Lady Ranfurly, which was the alternative name given to it by Governor Lord Ranfurly at the launch of its pontoons in March of that year.

A couple of ounces of gold from the dredge’s first takings in October 1898 were sent to the real Lady Ranfurly as a gift.

The Lady Ranfurly was the largest dredge in New Zealand at that time and would become one of the most successful. In March 1900, a rival dredge - the Hartley and Riley - set a record for gold recovery, a little over 1187 ounces in one week.

But in July the Lady Ranfurly surpassed that amount when it dredged up 1234 ounces in just 128 hours. The nugget pin is a memento of that record-breaking haul. 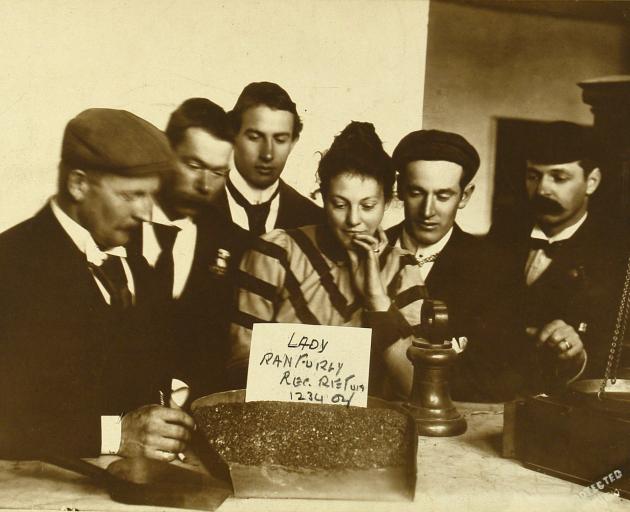 The record haul from the Lady Ranfurly gold dredge, 1900. PHOTO: TOITU OTAGO SETTLERS MUSEUM
Upon setting the mark, the crew of the Lady Ranfurly headed over to the Hartley and Riley to collect the Golden Cock - a rooster-shaped trophy awarded to the record holders.

As their dredge-master was absent, the crew of the Hartley and Riley initially refused to part with the rooster but later relinquished it, once the dredge-master had returned.

Considering the Lady Ranfurly had 227 competitors in Otago and Southland also vying for the title at that time, being Cock O’ The Walk in the dredging industry was no mean feat.

The Lady Ranfurly’s record stood until February 1904, when broken by the Electric No.2 dredge with a new mark of just over 1265 ounces. Electric No.2 only held the record for a short time - in November that same year the Lady Ranfurly reclaimed the crown with a haul of 1273 ounces. 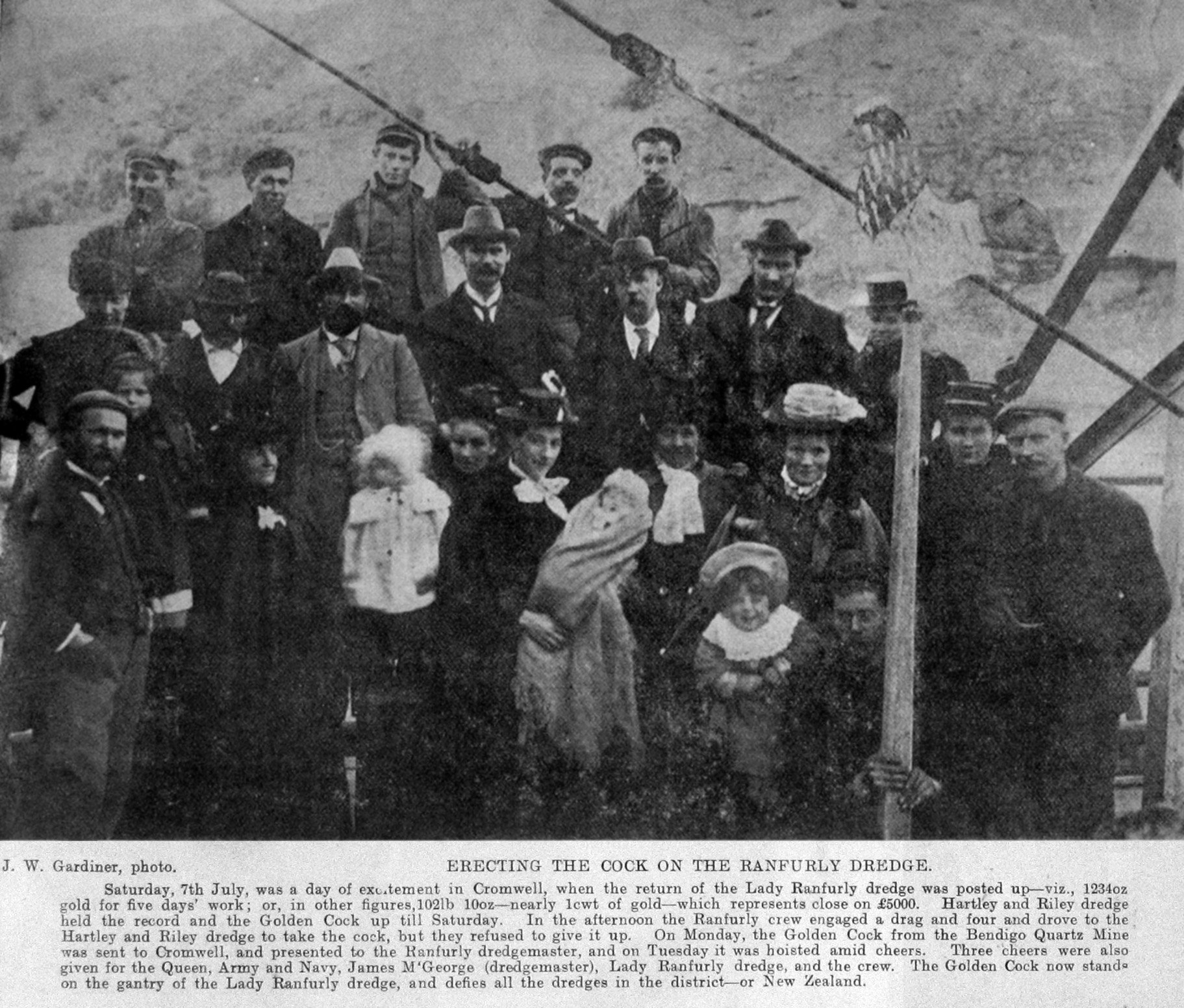 Installing the Golden Cock on the Lady Ranfurly dredge. Photo: Otago Witness
On July 10, 1918, the Electric Gold Dredging Company was wound up and the Lady Ranfurly momentarily fell silent. Although sold the following year, restored and briefly put back to work, the dredge’s record-breaking days were over.

Nonetheless the story of the Lady Ranfurly lives on, immortalised in this small piece of buried treasure unearthed all those years ago. 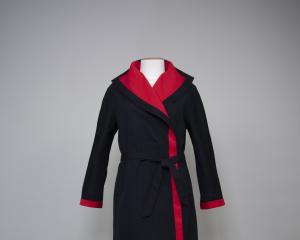