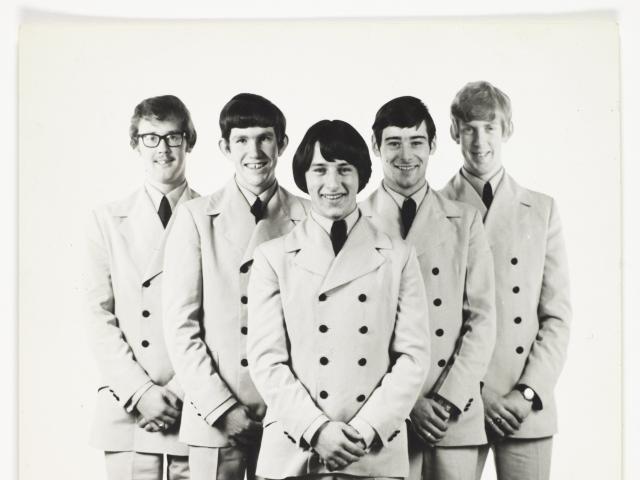 Local music histories are marked with stories of lost bands, forgotten songs and musicians that nearly made it.

One of three works by Michael Illingworth (1932-1988) in the Hocken Pictorial Collections is The Painter and the Poet, from 1965.

The impulse to collect and hold on to an object might be for entirely logical reasons, or sometimes we are driven purely by our emotions.

Dame Louise Henderson was born in Paris at the beginning of La Belle Epoch (The Golden Age) at the turn of the 20th-century.

Visitors to Toitu’s exhibition galleries now pass under the outstretched wings of Toroa, the centrepiece of an impressive carved gateway, or waharoa, recently unveiled at the museum.

Oceans are important. Two exhibitions at Otago Museum explain why.

Almost from the beginning, coins were decorated on their obverse (the "heads" side) with designs, some abstract or geometric, other naturalistic in the form of all manner of animals and insects - about 100 types are now known.

We take our modern bathroom amenities for granted these days, but you can see how innovative the facilities at Olveston were for the times.

There's a lot going on in the background of the Hocken's photographic collection, writes Jen Anderson.

The Dunedin Public Art Gallery's new collection show, Style & Substance, looks at the way artists have responded to different genre systems throughout the history of art.

When World War 1 broke out in 1914, Scottish organisations all over New Zealand petitioned the government to form a Scottish kilted unit as part of the New Zealand Expeditionary Force.

In 1979, the Hocken received an outstanding gift from Colin and Anne McCahon of a 1.8m high kauri sculpture by Invercargill-born artist, ceramist and teacher Alison Duff.

In 1916, Dunedin made international headlines when the SY Aurora, one of Ernest Shackleton's two Imperial Trans-Antarctic Expedition (ITAE) ships, docked at Port Chalmers for repairs.

The exhibition World View, presently on display on the ground floor of Dunedin Public Art Gallery, takes a tour through time and place using works from the gallery's permanent collection.