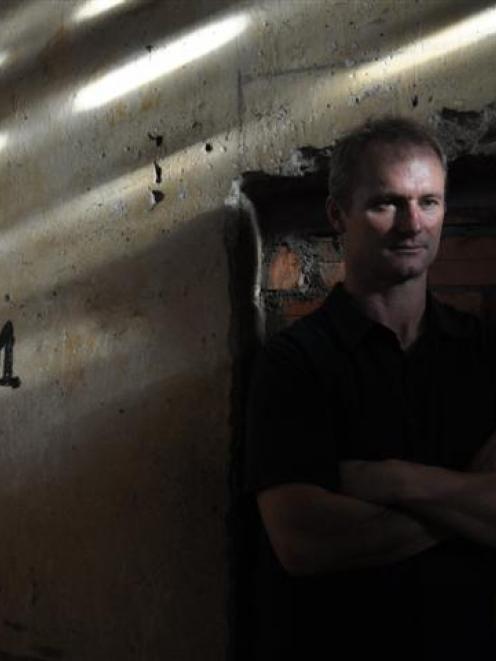 Rob Hamill in a cell at Toul Sleng (S21) prison. Photos supplied.
Dealing with the abduction and murder of his older brother by the Khmer Rouge sent Rob Hamill's life into turmoil, writes Mark Orton.

In 1978, 14-year-old Rob Hamill received the devastating news that his oldest brother, Kerry, had been taken hostage by the Khmer Rouge and tortured to death in the notorious Tuol Sleng prison.

The shock sent Rob's life, and that of his family, into a turmoil that he has personally struggled to confront ever since.

Discovering his salvation in sport - in particular, rowing, in which he became a world champion - Hamill finally decided to address his brother's brutal murder and touched down in Phnom Pehn exactly 31 years to the day that Kerry's life ended. 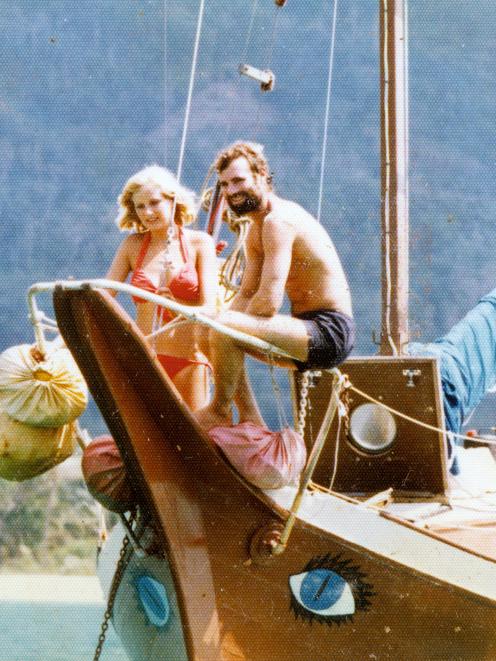 Kerry Hamill with girlfriend Gail Colley on board Foxy Lady.
Fortunately, a documentary cameraman was there to greet him, and what amounts to a very sensitive moment in Rob's personal journey to discover what happened to Kerry sets the tone for Brother Number One.

"I saw all these Customs people coming through customs in their army uniforms looking like Khmer Rouge and they took my passport, then they took my photo, and I was really angry that they took that photo. Then I went over to get my bags, then I had this strange moment when all the bags were corpses coming out on the conveyor belt."

Hamill explains that the idea for a film about Kerry came about quite a while ago, but it was only after a meeting with award-winning documentary-maker Annie Goldson that the project took on some real momentum.

"Annie became the driver behind it.

Once she got on board as director, things really started to happen.

Originally it was going to be a 60-minute documentary for television, but she saw it as bigger than that. Once we got some support from the NZ Film Commission it went from there. Annie has a big heart and is incredibly empathetic, not what you would expect a film director to be."

As part of the documentary process, Goldson drafted an extensive shooting script of what they hoped to capture while visiting Cambodia, but, as anyone who has visited the troubled Indochinese nation will attest, things don't exactly run to plan in a country decimated by years of war and corruption.

"Annie's script was more a wish list of things that we would try and capture, but she really didn't have a fixed view on what was going to happen. That really allowed me to develop it organically and see what happened as we went. We certainly went in with a view to get interviews with certain individuals but were flexible enough to be guided by events that happened along the way. For instance, when we first started this process I wasn't going to be speaking in the court, and that reared its head along the way.

That could never have been scripted."

Scheduled to attend the UN-backed war crimes tribunal trial of Comrade Duch as a spectator only, Hamill wasn't exactly prepared to confront the former Khmer Rouge prison chief who oversaw the execution of an estimated 14,000 prisoners.

"I had about five days to prepare what I was going to say and I sort of still harboured this notion of finding some forgiveness for Duch, but once I got into the courtroom, he bloody eyeballed me like he wanted to slit my throat and it was very confrontational. It was a very non-Cambodian thing to do. So he immediately started off on the wrong foot if he was looking for forgiveness."

Duch was found guilty of crimes against humanity and sentenced to 35 years in prison, though is likely to serve fewer than 20 years. At the tribunal hearings he admitted his part in mass torture and killings.

The confrontational courtroom scene is just one of many raw moments that linger in a film that tries to both tell Kerry's story and give viewers a little of the history of Cambodia and the Khmer Rouge. No easy task with so much ground to cover in a short period of time.

"We actually ended up with about 200 hours of footage that we had to cut down to 100 minutes. But this is bigger than me," says Hamill. "This is for my family and this is telling the story that Cambodians never got to tell."

One of the revealing aspects of Brother Number One is the respect that Hamill gets from, and gives to, the Cambodian translators who are prominent throughout.

"That was certainly part of the plan," ventures Hamill, "because we certainly wanted to have a local's story coming through the heart of the story. We were very conscious of this egocentric, euro-centric thing. This is a Cambodian story, and yet you've got this Westerner telling the story ... I was very anxious about how the Cambodian community would respond to me. We became heavily involved with the interpreters because they all had their own stories.

Even the perpetrators lost family too, eh."

Without giving away too much for anyone planning to see the film, one of the most harrowing moments in Brother Number One occurs when Hamill visits Tuol Sleng, which has been preserved almost exactly as it was when the Khmer Rouge were driven from the capital in 1979.

"I didn't realise how wound up I was visiting Tuol Sleng, until I looked at the footage afterwards," says Hamill.

"I couldn't see Kerry in there. I couldn't imagine him in there. That was probably the pivotal moment of the whole trip. I lost something in my compassion for Duch. It was so brutal, so clinical, so precise; yeah, just vicious and sadistic. Even though I had done a lot of research, there was a lot more there than I was prepared for."

With too much material sketched out to possibly feature in the final cut, something had to give in the edit.

Some of these scenes have been preserved intact as additional resources on an excellent website that accompanies the film (www.brothernumberone.co.nz).

And then there were some things that were too sacrosanct for the camera to roll on.

"In Western culture we don't do death well. The Maori do it really well, death in particular, and one of the things that has had a profound impact on me in this process is gaining a better understanding of symbolism and ceremony. So, before I left for Cambodia, I took some soil from the backyard of our house, got some water from the river just across from the beach, got some sand from the beach, some seawater and mixed it all together in a jar and took it to Cambodia. I had it blessed by a monk then spread some of the contents around the prison."

Havinglived with the haunting details of his brother's cruel incarceration and murder for 30 years, Hamill was concerned when making the film just how many people knew nothing about the communist genocide in Cambodia.

Up to two million people died at the hands of the Khmer Rouge between 1975 and 1979.

"When I began this project back in 2006, many New Zealanders didn't know about Pol Pot and the Khmer Rouge, yet those same people would have told you plenty about Hitler and the Nazis. So, we thought we would be a bit creative about getting the information out to schoolteachers, and that is where the idea for the unit standard study guides came from. But I'm still concerned whether teachers will pick it up."

Hamill has developed two study guides, both aligned to the New Zealand curriculum, which are also available from the film's website.

Reaction to the film so far has been incredibly positive, albeit almost solely focused on the sad tone of the film. For Hamill, though, this certainly isn't intentional.

"For me, it is much more than a sad story or the history of a people who suffered greatly; it's an inspiring story.

"From a personal perspective, I found Kerry's forced confession utterly inspiring; how he reacted and the power he had in the darkest of moments astonishes me. The reason I ended up doing this was the strength I was given from Kerry's death and, in a weird kind of irony, it forced me to confront a booze problem I developed in my school years and turn to sport. I don't know how I would have got by if I hadn't found that outlet."

Hardly likely to plan a holiday in Cambodia any time soon, Hamill does plan to go back, but this time wearing one of his other hats, the environmentalist one.

"You know, it's common in developing countries to have marine poaching issues, so I've set up a trust in Kerry's name to try and establish some reserves around some of the islands there. So, longer term, I hope to go back reasonably frequently."

However, Hamill is in no doubt what his immediate goal is: "to get as many people to see the film as possible".

See it
Brother Number One opens in Dunedin on March 8 at Rialto. For more information go to www.brothernumberone.co.nz.