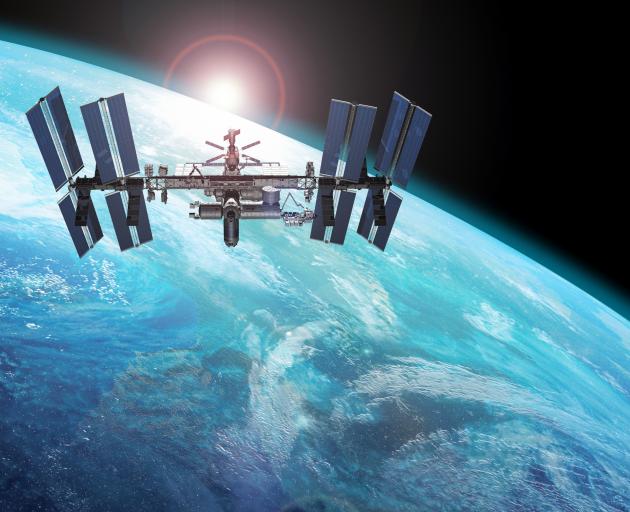 Photo: Getty Images
If we look to the heavens we might just spot the answer to transforming our economies away from carbon-based fuels, analyst Matt Gray tells Tom McKinlay. 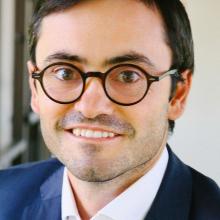 But the country seems to have a blind spot.

It appears to be doubling down on dirty old coal to power it's digital future.

A new report from analysts Carbon Tracker found that South Korea's reliance on coal-fired electricity means the country has the highest stranded-asset risk in the world.

That's assets that could end up stranded and worthless - coal-fired power plants for example - as cheaper, cleaner renewables come on stream.

Carbon Tracker puts South Korea's stranded-asset risk at $US106 billion - the highest of 34 countries it has looked at. And the country's plans to build more coal power means that total could grow.

He's well aware the calculations governments are making in this area are tricky, but equally certain that the answer is almost certainly not coal.

One coal-fired power plant needs to close somewhere in the world every day until 2040 if we are to keep global warming below the Paris Agreement climate change targets, Carbon Tracker's analysis suggests.

It's a mammoth task and immediately throws up all sorts of issues.

Beyond the question of what is built to replace that generation capacity, just how is an orderly decommissioning of all those plants to be organised?

Which of the 6700-odd coal units around the world should close first? And which next?

And indeed, what about all the coal-fired power plants still being built, and those in the planning?

The sums involved here start in the billions and spiral upwards from there, so the stakes are high.

How is this to play out without causing all sorts of financial and social upheaval? Remembering, of course, that reliable power is critical to pretty much everything we do. 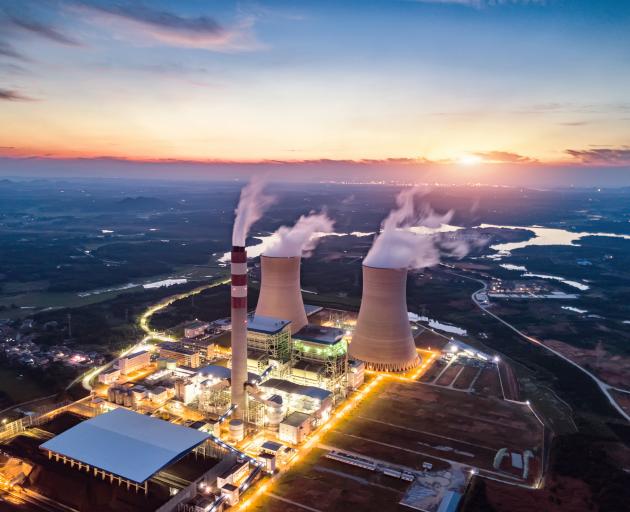 China has half the world;s fleet of coal-fired power plants, 40% of which area already being run at a loss, Carbon Tracker analysis says. Photo: Getty Images
Well, it could just be that technology has the answer. Not just terrestrial technology, the wind and solar generation assets that are expected to step into the breach, but also those in space; the satellites orbiting the earth, watching as we struggle with the considerable task of heading off a climate meltdown.

Those satellites, says Gray, are part of a dynamic wherein software could "eat environmentalism" in the next five or 10 years.

That only holds if we are prepared to attend to the data flows now coming on stream, and then act, but the information to map a way out of our predicament is there, if we want it, he says.

The University of Otago graduate works from the London-based offices of Carbon Tracker, where he is a senior analyst and head of power and utilities research.

Late last year, Carbon Tracker put out a report, "Powering down coal: Navigating the economic and financial risks in the last years of coal power", which identifies precisely which coal plants are losing the most money now, so can be more readily replaced by renewable generation.

The report goes country by country, putting a date on when building new renewable generation will become more economic than coal and what sort of money is at stake if the old coal plants are not shut down in a manner consistent with the Paris Agreement temperature goals.

For example, the report says that in Australia, where the debate over the future of coal is hotter than a furnace, the country should be looking to get out of coal in the next 19 years. If it fails to do so in a planned way, it risks $15billion in stranded assets.

Carbon Tracker's report found that: "Where profitability is defined as revenues minus long-run operating costs, our analysis finds that due to high fuel costs 42% of coal capacity operating today could be losing money. From 2019 onwards, we expect a combination of renewable energy costs, air pollution regulation and carbon pricing to result in further cost pressures and make 72% of the fleet cashflow negative by 2040."

The organisation's reports are available to anyone, but targeted specifically at investors.

The particularly clever thing Carbon Tracker did in pulling the report together was to use images snapped by satellites, allied with machine learning, to investigate how plants are operating.

"[The satellite] takes an image of the flue stack or the cooling tower and the machine learning model tries to draw a correlation between the size of the plume and the extent that it is being operated," Gray says of the process.

"We account for ambient air conditions, such as temperature and wind, so the model can improve its understanding."

That's particularly valuable in a country such as China, a focus of work last year, where there is little or no information on how these plants are operating; and China has half the world's coal-fired plants. 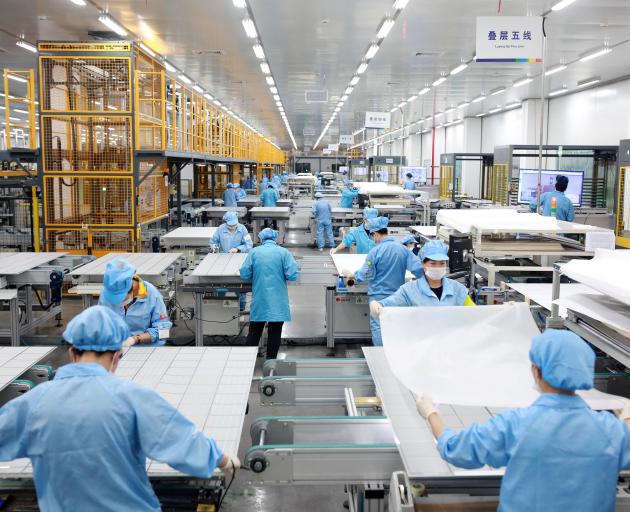 "The preponderance of sensors attached to smart phones, drones or satellites, is creating enormous data streams we can plug into machine learning models to tell us things that previously were not obvious or unavailable to investors."

Sensors liberalise data and make it more transparent so everyone knows what is going on, he says.

Beyond the implications of the data for climate change, China's dominant role in driving economic growth also makes a good understanding of how its economy is performing important.

"Our thinking is that China still predominantly fuels its economy on coal, so if we can understand how much coal they are burning via these assets then we can perhaps get some insights into how the Chinese economy is performing. That is something that investors are interested in due to growing fears about a global recession coming from the Chinese economy."

The upshot of all this work was the conclusion that about 40% of China's coal plants are losing money just to operate, Gray says.

Those high-carbon assets also need to get out of the way to provide room for renewables to move in.

Gray says many countries are struggling to harmonise the expansion of their low-carbon economy with the wind-down of the old high-carbon economy.

"There is a conflict in the sense that you can't have a clean economy without winding down the brown economy simultaneously."

That's apparent in Europe, where countries have built a lot of wind and solar capacity but haven't done enough to decommission coal plants, so the power market is becoming oversupplied and impacting on investment decisions.

"That's a global trend politicians are struggling with. It is politically easy and advantageous to promote green technologies, but it is very difficult to wind down the high-carbon industries because of the vested interests."

In many places there are still a lot of votes in coal.

"We think there will either be an orderly or disorderly transition to the low-carbon economy. The only way we are going to get an orderly transition is by making sure that investors and governments are aware of the relative competitiveness of high-carbon assets. I expect technology, policy and novel business models will put high-carbon industries in a chokehold much sooner than many investors and governments currently realise," Gray says.

The very biggest of investors are taking note.

Carbon Tracker is working with Climate Action 100+, an alliance of institutional investors who represent about $US33 trillion of assets. They are identifying the 100-plus companies most responsible for carbon emissions in order to engage with them and make sure they align their activities with the temperature goal in the Paris Agreement.

Elsewhere, the Task Force on Climate-related Financial Disclosures, set up by Michael Bloomberg, is looking at how to use data and transparency to shine a light on climate change-related risk.

As those initiatives take hold, money is chasing green opportunities and greenwash is being replaced by genuine investment.

"We are seeing mainstream investors increasingly taking this issue seriously."

The analyst is in no doubt about the deadlines the world has.

"It is an understatement to say that the window of opportunity is closing quite quickly," he says.

We are talking about wholesale systemic changes to economies and societies within the 12-year window identified in the [Intergovernmental Panel on Climate Change] IPCC's report of late last year.

"I don't think it is impossible to prepare for this transition, but I do think time is certainly running out."

Time is short, but the pace of technological change is swift; the race here is between the two.

The satellite technology application used in the coal-asset study would have been unimaginable just three years ago, Gray says.

"As sensors become more ubiquitous, it is going to open up more and more applications for data transparency."

The only limits will be our imagination and our use of machine learning, he says.

Another example of a similar application last year involved the European Space Agency, which launched a powerful air pollution satellite called Sentinel-5P. It tracks key air pollutants such as sulphur dioxide and nitrous dioxide. Using that data as well as other sensors it might be possible to identify non-compliance episodes from specific assets.

"If we can do that, we can then ping that information to regulators and campaigners so they know that these non-compliance events are happening. I think this approach will be a wider trend in environmental regulation and activism and it is what I call `shadow reporting'."

In a New Zealand context, for example, satellite images could potentially be used in the future to pick up unpermitted discharges to waterways.

People harming the environment would have nowhere to hide.

As far as coal assets go, cost reductions in solar energy, in particular, have been remarkable, Gray says, indicating that technology is ready to help with the transformations required.

"India and China are deploying renewable energy, smart meters and LED lights with conviction because it is a cheap and effective industrial and development strategy. And again, that's something that would have been unimaginable five years ago," he says. "That is why I am hopeful. The Asian superpowers no longer see low-carbon development as rich country nicety, but rather a pathway to get their people out of poverty and dominate the global economy. With a credible policy framework, New Zealand is well-placed to ride this slipstream."