There are two zeros in the date 2020. You’ll have spotted them on the cover.

For the sake of argument, let’s assume that the first one has been placed there to remind us how much time we have left before we need to start seriously addressing some of the critical environmental issues we face.

So, that would be zero. We need to be started. 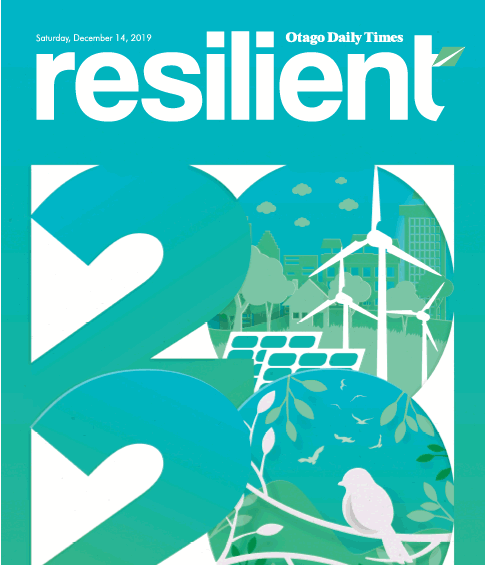 And the second zero could be a handy prompt about our targets; whether that is zero waste to landfill, or zero net carbon by 2050 (or sooner) or an end to biodiversity losses.

I know what you are thinking. The year 2000 had even more zeros and a fat lot of good that did us. Well, clearly that third zero was a prescient estimate of just how much progress we’d make in the next 20 years.

That’s maybe a little bit harsh. The past 20 years have seen a long slow but inexorable rise in awareness about waste, the perilous state of our biodiversity and the impact of anthropogenic planetary heating.

Those 20 years mean we now have something approaching the clarity of 2020 vision on what needs to be done.

The Waste Minimisation Act is finally being put to work and the Zero Carbon Act is up and running. A national policy statement on indigenous biodiversity is being developed.

It might just be that we can approach 2020 with a sense of both purpose and optimism.

We could look back on 2019 as the year we finally overcame the inertia that has dogged action. A case can be made.

This has been the year when the inheritors of the future truly found their voice. The School Strike 4 Climate movement has been huge and galvanising. It’s clear Generation Z and their millennial allies are ready.

And as the stories in this edition of resilient make plain, there are lots of people who have been working away for some time. Not least in the Pacific. When the difference between thriving and surviving is a matter of a small measure of sea-level rise, there is no room for vacillation.

Usefully for the rest of us, the work our Pacific neighbours have undertaken these past years means there are lessons and learnings ready to go. Similarly, the climate change strategising by Ngai Tahu is full of wisdom about the sorts of resources available in this country to preserve what really matters.

In both cases there’s a strong theme of the importance of community and the wellbeing that flows from that.

Altogether then, this edition of resilient is about identifying contributions we can make through the coming decade. So we have a group of clever makers and menders, a story on plans in Wanaka to banish single-use cups, a citizen-science project on birdlife, one on farming communities’ catchment work and an introduction to some of the people getting politically active.

Active is the adjective they have in common.

It’s like the Czech-Canadian academic and writer Vaclav Smil says: "Before it is too late, we should embark in earnest on the most fundamental existential (and also truly revolutionary) task facing modern civilisation, that of making any future growth compatible with the long-term preservation of the only biosphere we have".

So that we here at resilient can make a better contribution to all this, there’s a quick survey on page 34 asking for your thoughts.