On our best behaviour 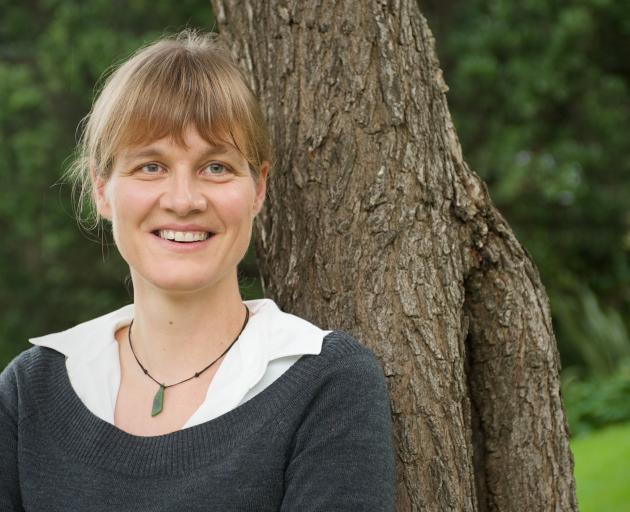 Dr Wokje Abrahmse. Photo: Supplied
We need to change and change big. Environmental psychology can help, Dr Wokje Abrahamse says. Tom McKinlay tries to get his head around it.

There are ways and ways of encouraging behaviour change.

Here’s an example of how not to do it.

People were stealing petrified wood from a US conservation park, so the authorities put up a sign which read: "Your heritage is being vandalised every day by theft losses of petrified wood of 14 tons a year, mostly a small piece at a time".

The theft of petrified wood continued. In fact, one park visitor was overheard saying "We’d better get ours now!". The sign was a fail. It even told people how to steal the wood: "a small piece at a time".

The example is from Dr Wokje Abrahamse’s book Encouraging Pro-Environmental Behaviour, which as the title suggests is about finding ways to encourage people to do the right thing. Like not stealing petrified wood.

It highlights an important consideration that arises when dealing with people: we’re not straightforward.

Dr Abrahamse, an environmental psychologist, puts it like this: "Interventions that are aimed at changing people’s behaviours do not always have the intended effect".

Back to our fossilised wood example, which Dr Abrahamse borrowed from some US-based researchers: The sign implicitly communicates that large numbers of people are behaving in a certain way. They’re flogging small pieces of fossilised wood. And we, as social animals, are often motivated to follow the behaviour of people around us. In environmental psychology speak, that’s about "social norms". So the sign described a social norm, making it more likely people would get involved.

Those US researchers, being clever folk, came up with an alternative: "Please don’t remove the petrified wood from the Park, to preserve the natural state of the Petrified Forest". This version, with its anti-theft message, did reduce thefts, employing as it does an "injunctive social norm".

Now, if disappearing lumps of petrified wood were all we had to worry about, environmental psychology could remain an interesting but discretionary corner of academic studies. However, given the hooded horsemen on our environmental horizon, what it has to say about human behaviour requires a little more attention than that.

As Dr Abrahamse points out, human behaviour is at the core of climate change.

"If human activity is contributing to environmental problems then it also needs to be part of the solution," she writes.

On the phone from her office at Victoria University of Wellington, Dr Abrahamse explains further what her field of study is all about.

Environmental issues are those where there is a conflict between an individual’s interests, as they see them — whether that’s around the comfort, convenience, price or implied status of something like driving a car, flying or consuming in other ways — and the environmental impact, the cumulative impact of everyone doing that, she says.

"Different behaviours are associated with different movitations. So, for example, car use or travel mode choice is very strongly motivated by habits or predicted by habits, so it is more difficult to change that behaviour because habits are quite difficult to break."

Other behaviours, such as energy consumption in the home, while also habitual, have a closer connection to financial or environmental considerations.

That being the case, if a government, or some other authority, was thinking about an intervention to encourage behaviour change — some new policy perhaps — it would need to think about whether it was dealing with something in the nature of a habit, or something less fixed that could be influenced by a financial incentive or maybe an appeal to environmental concerns.

Let’s take another example from the book.

Now, environmental psychology tells us that some people will resist doing so because of a negative attitude towards vegetarian foods; others because the members of their social group are meat-eaters; and for others still (or perhaps the same ones) there’s some practical barrier keeping them from cooking vegetarian meals — maybe they just don’t know where to start.

So all that goes into their "behavioural intentions".

That being the case, encouraging pro-environmental meat-reducing behaviour is going to involve more than just supplying information — about, for example, the carbon footprint of meat production.

Dr Abrahamse says there’s a tendency to assume people are uninformed about environmental problems, so need more information, which will lead to better knowledge and changed behaviour.

"But the research is really clear on that: that is not how it works."

Information is important: if people don’t know a certain behaviour is having an environmental impact, they have no starting point.

"But there is a tendency to go, ‘let’s do a one-size-fits-all approach and then see what happens’. It’s trickier to go ‘well, we first need to know what motivates people and then change behaviour’," she says. "But I would argue that, ultimately, is what would be more effective."

Here’s another example. Studies have found that "curtailment behaviours" around domestic electricity use tend to be related to environmental concern. That’s like turning off the light when you leave a room. But, "efficiency behaviours" — such as installing insulation — are not. They are more tied up with financial concerns.

So if you wanted to encourage these energy-saving behaviours, you’d need two messages.

An outfit called the Behavioural Insights Team (BIT) provides a further window into the nuanced business of behaviour influencing.

The UK-based "nudge unit" advises governments on how to use behavioural science to promote "cost-effective improvements to lives and public services".

In one example, they were asked to look at ways to encourage sustainable food choices — given livestock production accounts for about 14.5% of total global greenhouse gas emissions.

They ran an online experiment in which they found that describing food as "field-grown" rather than "meat-free" made people twice as likely to choose vegetarian options.

It’s easy to see that "meat-free" could rub some people up the wrong way, clash with their beliefs, in a way that "field-grown" might not.

Those social norms we talked about earlier can come in here again, Dr Abrahamse says.

Remember, that’s our perceptions of what other people do or think.

"In our daily lives we can often be influenced by opinions of other people."

Researchers in the US looked at how to use social norms to change energy consumption, she says.

"They did a range of studies and they found that if you tell people that their neighbours are saving energy or that they are saving more energy it can actually affect behaviour."

Several energy companies in the US are now using that little "nudge" in their bills, comparing household A with household B.

It’s launch advertising campaign lined up a gratuitously inspirational parade of famous people, from Nelson Mandela to Dame Whina Cooper — the sort of people we look to for social cues — behind the message of climate change action.

"It is another way of using, I guess, social influence, or social modelling to encourage people to do the same, do a similar thing in the energy domain," Dr Abrahamse says.

Last time I looked, the Gen Less campaign had a handful of businesses signed up as marque members and something upwards of 5000 signatories all up.

That’s some good nudging. But if what we are talking about is climate change, then we need big change fast. We need to jump our economy, our society to a more pro-environmental trajectory in record time.

Researchers have found that an "ethical self-identity" is linked to pro-environmental consumption patterns; for example, buying organic veges. Similarly, "personal norms" — moral considerations that trump social norms — can mean people act on an understanding that their choices will have positive environmental impacts. And if someone’s values tend to be of the more "self-transcendent" variety — and environmental psychology tells us that is indeed the case for some people — they’re more likely to be open to doing things that put the environmental first.

If those sorts of dynamics are in play, then governments can come in behind to shift pro-environmental behaviour to a new level.

Think the sort of changes we saw around smoking, Dr Abrahamse says.

"There was quite a lot of evidence already about the negative impacts of smoking on people’s health, but the changes really happened when smoking was prohibited in aeroplanes and prohibited in buildings."

Dr Abrahamse says we could be on our way towards a similar turning point on environmental issues. More people appear to be aware and active — developing an "ethical self-identity" or "personal norms" — opening the door for government to be more proactive.

"There is a social shift happening in terms of the need to act and it is not just about changing individual behaviours but also urging the Government to act, governments around the world. So I think behaviour change doesn’t necessarily happen in isolation, it happens because there is a wider shift as well.

"A good example of that is the changes around plastic bags in supermarkets here. You see a real shift. When I moved here six years ago I would bring my own bag and people just didn’t know what to do with it."

It can get really exciting at this point, as you are into "behavioural spillover" territory.

As the term suggests, that’s where a behaviour — like taking your own bags to the supermarket — starts spilling over into other actions. It’s an area the environmental psychologists are still investigating, but the evidence looks good for the development of the "environmentally conscious person".

OK, so, what can it mean for us this weekend?

Much as Dr Abrahamse points out that her book is not a self-help how-to volume, she does have some takeaways since we’re asking.

"One of the things that I would suggest is to look at maybe an easy thing to do. If it sounds like too much, start with something that seems like an easy thing to change, and that might lead to other things as well."

What we’re talking about there is "control beliefs" — more EP magic: believing we can actually make the change is important.

"Look at what is feasible. If people are interested in moving towards eating less meat, then try a meat-less Monday — something that looks achievable.

"Another thing is to look at ‘what is my impact?’ — there are all sorts of carbon footprint calculators and I know they are a bit of work to fill out — but that is one way to think about ‘what is actually something that makes a big impact; if I make that change in my life it would reduce my footprint’."

And get some social norms working for you, Dr Abrahamse says. Which is to say, don’t do it on your own.

At Victoria uni they have a green impact programme in which groups of people — in various departments, the library, wherever — sign up together as a team to try to reduce their carbon footprint.

"This idea that you are not just doing it on your own but that there are other people doing it as well."