Profit with a purpose

Photo: Getty Images
The possibility that money can do good is gaining attention, writes Tom McKinlay.

There are signs that the high water mark of our obsession with wealth may have passed.

The elites at the World Economic Forum in Davos in 2017 identified rising income and wealth disparity as the most important trend of the coming decade.

A year later they were declaring that "economic prosperity and social cohesion are not one and the same".

This year the forum declared that "Profit with purpose is set to become the new norm". An article from the forum headed "The future of business?" says that social enterprises and impact investment have been driving the link between profit and purpose - "which has somehow remained confined to a niche". "Not anymore," the article declares. "Now, it's all set to change: the CEOs of the future will want their companies to be recognised as forces for good." 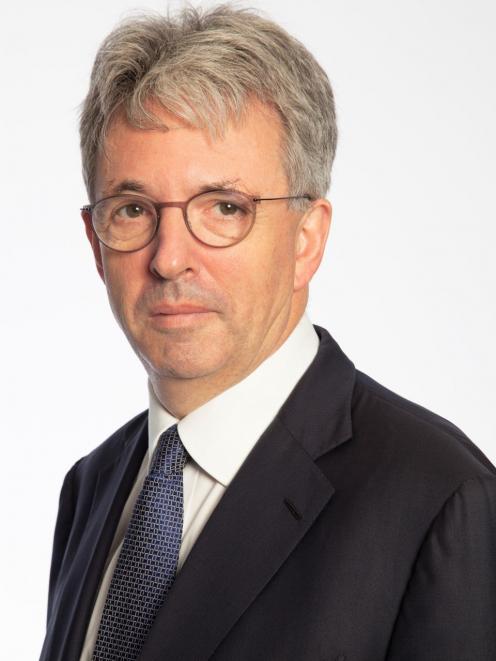 David Woods
David Woods would welcome that. He's deputy chair of the Impact Investing National Advisory Board Aotearoa New Zealand. What they are expressly about is putting money to work to make good things happen.

Here's a more precise definition from the Responsible Investment Association Australasia (RIAA): "Impact investments are investments made into organisations, projects or funds with the intention of generating measurable social and environmental outcomes, in addition to a financial return".

The key thing there is what is referred to as the "intentionality". Any investment could potentially have a positive outcome. It might create jobs, for example. But the impact investor wants something more; perhaps measurable evidence of ecological restoration, or improved social outcomes for a targeted group in society.

As the chiefs at Davos correctly identified, this has been a bit niche to date. But Woods is in the vanguard of those engineering its growth.

New Zealand became a full member of the Global Steering Group on Impact Investing at a conference in October last year, a group that now includes 21 countries. Three New Zealand speakers will attend this year's conference in Chile.

"The essential thesis is that to meet the [United Nations] Sustainable Development Goals governments and philanthropists on their own can't deliver everything that needs to be delivered, so we need to find other ways of delivering it through the private sector and we need to find ways of funding things," Woods explains on the phone.

There is movement. At the beginning of 2018 the Impact Enterprise Fund launched, the first pure impact fund in New Zealand. It's portfolio includes Waikaitu, a Nelson-based producer of certified organic fertiliser and bio-stimulants made from seaweed, and Melon Health, a designer of digital health programmes. Investors are looking for improved environmental outcomes with Waikaitu and better social outcomes with Melon.

Enterprise Angels, a Tauranga-based outfit, is another in New Zealand to recently launch an impact investment fund. It aims to provide funding for "innovative companies and projects making an environmental or social impact - while providing a consistent financial return to our investors and our community".

It's early days and the sums involved in New Zealand are still small, but a report from 2017, "The Growing Impact in New Zealand Report", estimates impact investing could be worth $5billion in time "based on the relative size of the New Zealand economy, charity sector and capital markets".

Woods says, yes, that's a reasonable forecast, but expects it to take some time to get there.

The RIAA's last annual report said impact investing had gained momentum but still accounted for only 0.1% of assets under investment in New Zealand.

Woods says the contemporary iteration of impact investing germinated here in the organisation Philanthropy New Zealand. Members are mainly in the grants game, giving money away to worthy causes. But impact investing offers the prospect of them being able to do more with some of the same money.

"The classic example that tends to be used is the Peterborough bond in the UK a few years ago," Woods says. "There was a bond issue raised, funding brought in, to fund programmes for prisoners coming out and needing rehabilitation into society. The return was linked to the reoffending rate. The lower the offending rate, the higher the return to investors. And after five years it returned 15%."

The British Government funded the return, as it was saving on prison costs.

It's worth noting that a similar scheme in the US did not go nearly as well. There is risk attached, as in any investment.

Chief executive Leighton Evans says they have allocated a small portion of their portfolio, 1.5% or $9million, to some tentative steps towards seeking the twin impact-investment goals of social and financial returns.

"Traditional granting has a vital role to play but can only do so much," he says.

"Rata has $20million to grant each year - it invests over $600million. The intent over the long-term is that Rata, along with others, can deploy capital as another tool the community can use to help address some of the social challenges we face, at the same time as making financial returns which maintains our granting activity."

A landmark play in the impact investing landscape in this country is the Government's Green Investment Fund, announced late last year.

It's a $100million fund, operated by NZ Green Investment Finance Ltd (GIF), of which Woods is a director, aimed at reducing our planet-heating impacts by increasing investment into low-emissions projects.

"Green Investment Finance starting up is a step by the Government ... a step in the direction of impact investing, specifically for the environment."

It became a company on April 15, is in the throes of becoming operational and its first transactions are expected to be this year.

It won't be acting alone though.

"Our mandate is very much to crowd in private finance."

So, for example, in a $50million financing deal, the GIF will take the position that allows other private sector investors to come in and together get the deal done.

"Whether that means taking longer maturities, taking a different risk position, our job is to facilitate bringing in the private sector finance. If you look at green banks elsewhere around the world they have had similar kinds of roles. They generally manage to bring in three or four dollars for every dollar they put up."

Elsewhere in New Zealand there are lots of deals being worked on in the social housing area, Woods says.