This planted wetland at Edievale in West Otago is being monitored to see how effectively it mitigates agricultural runoff. Photo: Supplied
Farmer-led catchment groups are refocusing effort on the environment, Maureen Howard reports.

Farming features large in our national identity, and as an industry agriculture contributes around 5% of the nation’s GDP. Yet in most environmental areas identified by the Ministry for the Environment’s report Environment Aotearoa 2019, agricultural practices have played a significant role in the decline of our environment.

Wetlands have reduced by 90%; there are markedly higher levels of nitrates, sediments and pathogens in our waterways; 51% of all consented water is taken for irrigation; 82% of pastoral rivers are hazardous to swim in; there are ongoing losses of productive soil; and agricultural activities are responsible for 48% of our nation’s greenhouse gases.

Addressing these issues is going to require collaboration and co-operation. It is happening.

At the New Zealand Agriculture 2050: Pathways of Innovation Symposium, held at the University of Otago earlier this month, Janet Gregory spoke positively about the potential of farmer-led catchment groups to protect the natural environment.

"They identify their issues, their catchment boundaries and the actions they are going to take, and who they involve. They get better buy-in from farmers, landowners and growers," Gregory, Ministry for Primary Industries extension services lead (South Island), says. 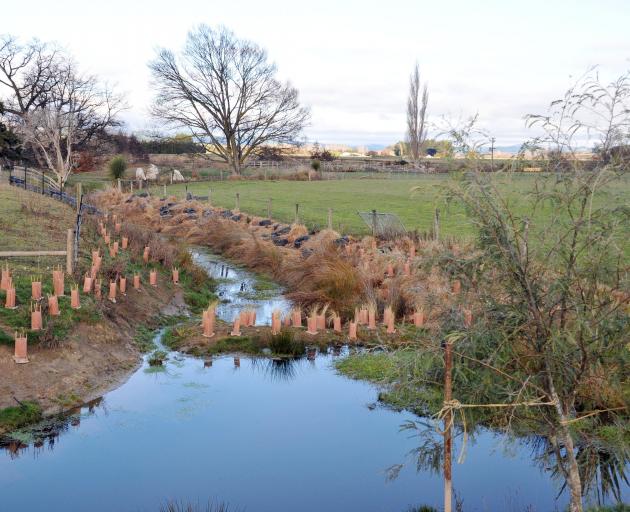 On one Pomahaka catchment property, riparian planting and a sediment bund placed across the stream slows waterflow allowing sediment to drop out. Photo: Supplied
Before going to work for the ministry, Gregory spent 16 years working in the South Island with the New Zealand Landcare Trust, to accomplish the organisation’s mission of "working with farmers, landowners and community groups to improve the sustainability of land and waterways through action on the ground".

"Generally it’s to improve water quality and that’s for the next generation and not just for them," she says.

The NZ Landcare Trust’s definition of a catchment group is "a group of people, who identify with a geographical area, usually based on a river or lake catchment, working together to take actions towards a common vision".

According to Landcare Trust’s Otago regional co-ordinator, Craig Simpson, 66 catchment groups have been set up in New Zealand, about 15 of which are in Otago. Some have sprung up on their own, but many have had help from the trust or Beef & Lamb NZ. 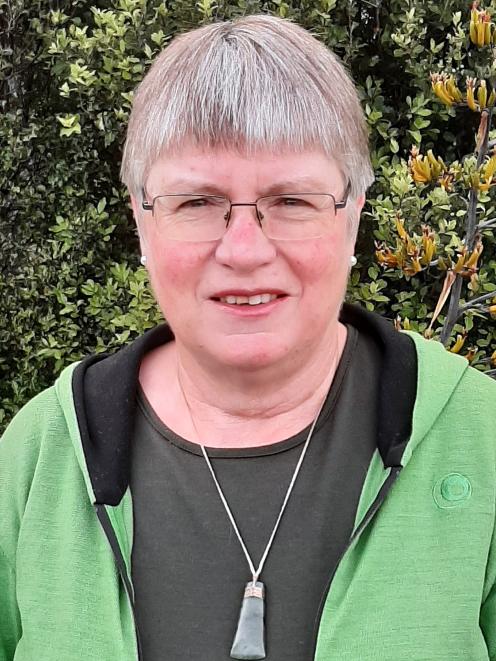 Janet Gregory
Some groups are already achieving environmental results. For example, Trees that Count is supplying Pomahaka Water Care Group, based in southwest Otago, with 1500 trees to plant around a restored wetland that was previously drained. A further 20,000 riparian plants will be planted around the wetland. In addition to the wetland project, riparian plantings throughout the Pomahaka catchment have seen 15,000 plants go in the ground. Another 15,000 are in the nursery. Five additional wetland areas are being monitored to see how effective they are at absorbing contaminant runoff, Simpson says.

Initiated in 2014, the Pomahaka catchment group’s work is carried out by its 170 members. It is a large catchment with a total of 320 landowners covering 2060sq km, Simpson says.

"Due to its size, we try to break it down into some smaller groups, where there’s a tributary, for instance, where they’ll talk about the local issues and solutions."

“Working together you get a stronger voice. It also gives you the opportunity to work together to approach other groups for help, or to access the science, or a person that can give you more information. They’re a great way of sharing information among farmers who share similar issues — and they’re safe places to try some new approaches.”

An interesting thing can happen when farmers join catchment groups. According to a literature review for the Waikato Regional Council this year, most farmers’ priorities are primarily economic. However, the report found that in many instances farmers were inspired, when working together, to contribute to the greater good.

"The literature is clear that bottom-up collaborative environmental projects are better for the environment and the experience and level of commitment of the farmers involved."

The Government has recognised the value of farmer-led catchments. Gregory’s position with MPI is one of four regional extension roles around New Zealand, recently created with funding from a Budget productive and sustainable land-use package. The package heralds a new emphasis for the Government of partnership and support for farmer-led initiatives that benefit the environment, to support New Zealand’s transition to a sustainable, low-emissions future, according to MPI.

In her new role, Gregory wants to help the groups "go the next step" to improve their farm practices, be in a position to apply for funding or expertise where it is needed, to contribute to farmers’ wellbeing and "to look at how they can improve value-added product".

It remains to be seen whether farmer-led catchment groups deliver on environmental outcomes. While the Waikato literature review provides cause for optimism, it also cautions that there remains a role for enforcement.

According to the report, "if collaborative processes are used by stakeholders to delay or avoid environmental improvements, then the traditional regulatory tools should be considered".

The report cites the Environment Canterbury experience where "there was (in 2008) limited incentive for many parties to collaborate" without "consistent and adequate enforcement of current regulatory provisions for water management of water allocation and water quality".

"Many councils and stakeholders are seeing the benefits of catchment groups and what they are achieving," Gregory says.

"How fast they can achieve a turnaround in environment indicators also depends on the ecosystems and environments they are working in."

Through MPI, Gregory is part of a team who are supporting farmers to make changes; for the environment and for the farmers’ and their communities, she says.

"We can find the opportunities amongst all of this."