It's true ... everybody's a comedian

By Tim Miller
0 Comments
A fear of public speaking is said to afflict at least three-quarters of the population. With this in mind, reporter Tim Miller decides to go one step further and persuade a group of strangers he is funny. This is his attempt at stand-up comedy.

My heart is pounding, my legs are jelly and my mind is a jumble of thoughts - then the microphone drops to the floor.

I'm scrambling to reconnect it, but it won't go back in, no matter what angle or movement I try.

I'm on stage at the Inch Bar.

This is my first time doing stand-up comedy and it's already a failure. 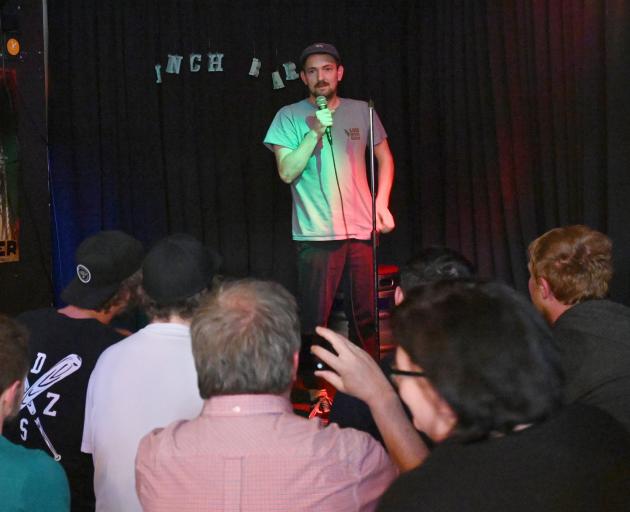 In a bid to overcome a fear of public speaking Tim Miller tries his hand at stand-up comedy at an open mic night alongside more experienced comedians. Photos: Linda Robertson
About 20 people are watching me fail before I even have a chance to start.

But just as I'm about to give up, the stars align and the mic slides neatly into where it's supposed to fit.

Up until now I've totally ignored the people I'm supposed to be entertaining but to my surprise they erupt in applause at the sight of the microphone sliding back into place.

I haven't even told a joke yet, but I'm already full of self-belief. 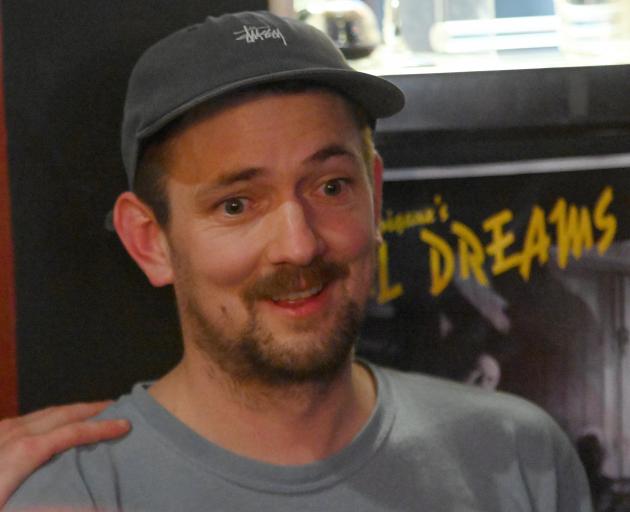 I'm overcome with relief after stepping off stage - it takes a few minutes for the adrenaline to fade and for me to realise my stand-up debut has been a success.
A month earlier, I enlisted the help of Dunedin comedian Reuben Crisp to make sure I didn't crash and burn.

His advice was simple.

Don't try anything too controversial - so no politics or religion - and keep it simple.

For my first time he suggested I base my set around a funny story.

It's lucky I have one story - about accidentally cooking a mouse in a toaster - which almost universally gets a laugh (or squeal, depending on how squeamish the person listening to the story is). 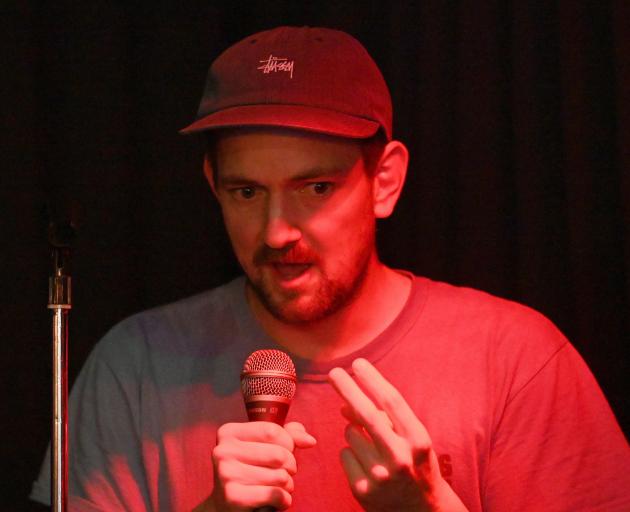 At this point in the set all my performance anxiety had washed away I felt like I could say almost anything and the crowd would find it funny.
Of course any dummy can make people laugh with a grotesque story about an unfortunate mouse; a true comedian has to also be a great performer.

On stage I try to play a drier version of myself, delivering jokes like a mailman delivers the mail.

For weeks before I got on stage I had planned out how my set was going to run. Each time I would make small changes which I considered little specks of comedy gold.

Then the microphone dropped.

To be honest, most of the five minute set is now such a blur, it's hard to remember what I was thinking in the moment. 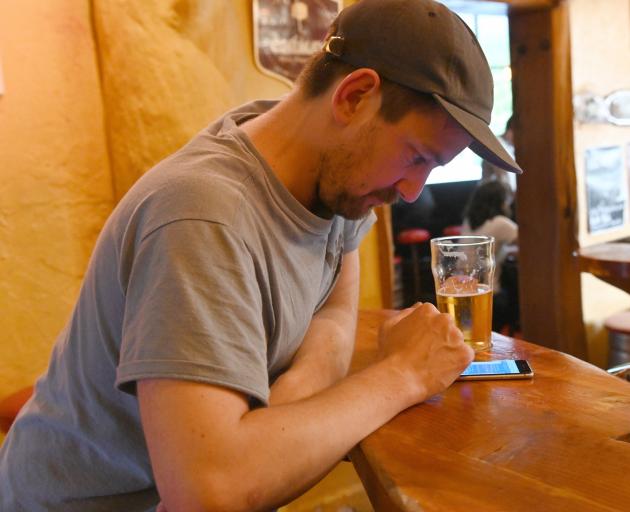 Sitting next to me is a glass of encouragement, helping to ease my nerves while I run through my set one last time before getting on stage.
My mind went into automatic mode, which could have been a disaster.

But instead people laughed - quite a lot, actually.

I was growing more confident each second I was stage, every joke seemed to be a hit and I fed off every laugh.

I'm not even sure who I was on stage. Who was that person, standing with a microphone in one hand and confidently telling jokes he knew he would get a laugh even before the words passed his lips?

Then it was all over; my five minutes of glory had come and gone.

People loved it: the MC said it was one of the best first-time sets he had ever seen.

I will live off the glory of my first time for a wee bit longer, but now I've got the comedy bug.

I'll have to try it again.