People and places that matter represented 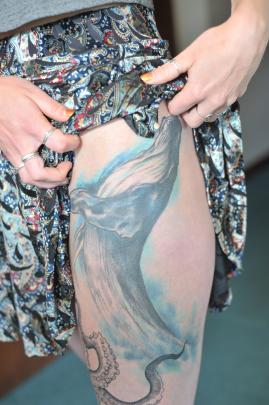 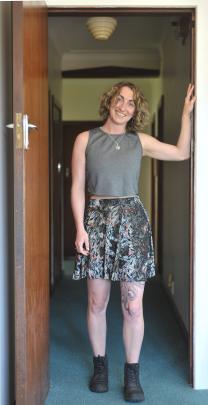 Katie Nelson at home in Dunedin two script- based tattoos mark the deaths of her 15-year-old cousin, who drowned in a swimming pool, and her mother from a brain aneurysm 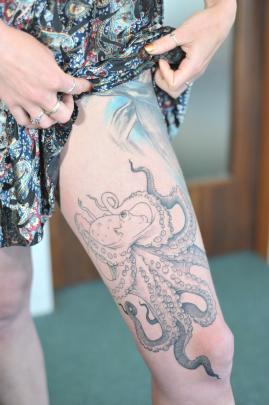 an octopus tattoo, representing an ability to adapt to surroundings, is nearly complete;

The dozen tattoos that Katie Nelson has feature the places, the people, and the marine environment she loves.

In 2020, the 27-year-old Dunedin woman completed a marine science degree — and now an octopus is taking shape in ink on her thigh.

The octopus tattoo is not yet complete; when it is it will join a humpback whale already tattooed higher up.

Her next piece will be a jellyfish.

Every one of Ms Nelson’s tattoos marks a time in her life, or a stage of personal growth, she said.

"The sea brings me so much calm.

"Any time I go to the ocean, I feel incredibly connected to it — it just mellows me out in a crazy way."

Originally from Dublin, Ireland, Ms Nelson came to New Zealand for a one-month holiday, to visit her sister in Wanaka, and never left.

Getting a tattoo was often cathartic, she said.

The first of her 12 tattoos covers her ribs — it features an angel on clouds with the words "in the arms of an angel".

Ms Nelson had it done in Dublin when she was 17, after the death of her mother from a brain aneurysm.

On her back Ms Nelson has a trinity symbol that reflects three countries she loves — France, Ireland and New Zealand.

On her right calf is a piece featuring a daffodil, lavender, a lily and a bee.

The symbols represent her mother, her sister, and her two nieces — people she always carries with her.

On her left calf, a geometric representation of the solar system and tides features, alongside a detailed drawing of Mt Maude, which

she can see from her sister’s farm at Lake Hawea.