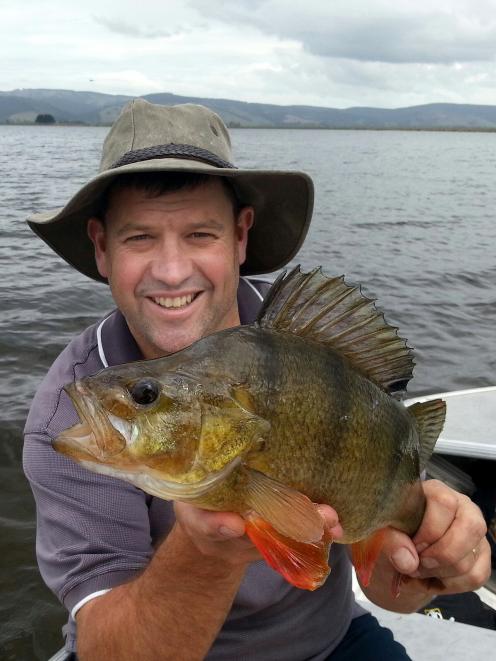 Perch are easy to catch and their firm white flesh is delicious eating.

Target them near underwater structures or snags such as tree roots or jetty piers and stay put when you start catching, as perch tend to swim in small schools, while the larger fish are usually solitary. They will take natural baits and swimbaits with great vigour.

One word of warning, they have several spines including one on each gill cover, which quickly become known to the unwary angler who handles his catch carelessly!

It is also a good fish to target from an angling perspective as it readily takes spinners and natural baits such as worms and maggots. They will also take a feathered lure or nymph. Many believe that red lures are most effective. Popular spinners for perch include small blade spinners such as Mepps and Jensen, small rapalas, and small Zed spinners.

In Waihola, which is heavily weeded, try ‘‘the float’’ method. This is superb way to delicately present a wriggling worm over the top or between the channels of weed and in the smallest openings, between overhanging willows.

There is no limit on size or number of perch in Otago and Southland. Trout bag limit in Waihola — four.