The swimming was the easy part 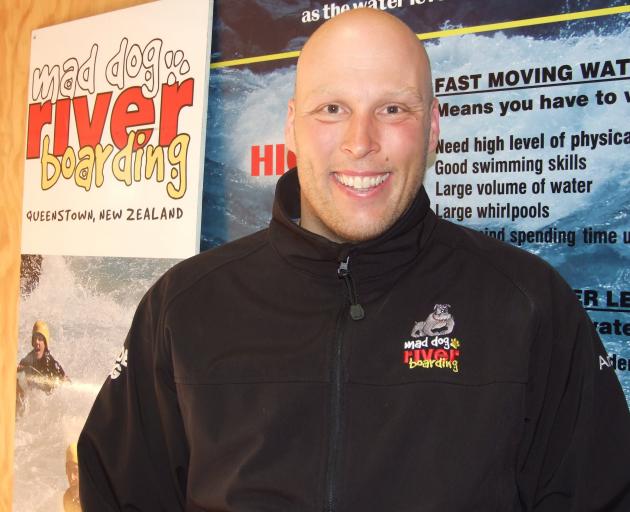 Arno Marten: "Some people are comfortable on the couch. For me, it's the ocean: the sea is my couch." Photo: supplied
Annette Lees had a personal quest to swim every day for a year in the natural waterways of New Zealand. Her experiences are recorded in the recently published Swim.

Along the way, locals shared their stories of swimming in our rivers, lakes and seas.  Arno Marten, director of Packrafting New Zealand, tells of battling the mountainous seas of the Fiordland coastline.

I used to be a combat swimmer in the German navy. We would swim for hours - 20 hours, 30 hours, swim through the night. They would drop us in the ocean at 2am and tell us just to swim. We would swim in groups of four or five. On very long swims we'd be connected to the lead swimmer with a cord and then I could close my eyes, be semi-asleep and still swimming.

They didn't give us much, just a drink of water and a biscuit. We used water to sneak around. Swimming is the best form of concealment. It is hard to see a swimmer, especially in the dark and if you're not splashing about.

I came to New Zealand 12 years ago and I started to miss that kind of swimming. So I organised a big swim down the Fiordland coast. My plan was to start at Milford Sound and swim 450 kilometres down to Te Waewae Bay in Southland, with some hiking over the mountains between the sounds.

I put in a bit of research about sharks and weather patterns and the currents. I picked September to do it because there are fewer great white sharks. Also at that time of the year there's a current out there that can take you down the coast.

I tried to find a stretch of good weather, and it was pretty good when I set out. I wanted to tow my pack. I was doing this completely unsupported, so I had to be self-sufficient. My pack was 40 kilos, pretty heavy. I was wearing a dry suit, snorkel and goggles.

I swam out of Milford Sound at 5.30 one morning and headed out to sea. There was a ton of rain overnight and the swell really picked up. Milford Sound was pumping. By the time I was trying to come ashore at Transit Beach there were big waves. There's a bit of a rock there and the surf was bashing against it. I climbed into my pack raft to get through the waves and waited for the right moment to get in, but in the end I timed it wrong. I got nailed in the rocks - the raft and me - and I got quite beaten up. I was pretty tired by the time I made it to shore.

The next morning I tried to get into the ocean again, but the swell was enormous. I got absolutely destroyed in the waves. I ended up walking about 5k down the coast, climbing sheer cliffs with my big pack. By 3pm my legs were burning and I was dehydrated. I found a tiny little space in the cliffs I could fit into, and stayed there the night.

At 6am the next day the swell had come down a bit. I walked about 45 minutes further down the coast, boulder-hopping until I found a place I could get in the sea. I swam with the swell to get through the break zone. You can use the swell to ride the backside of the waves. Then I swam out about 2ks and turned south. That day I was in the water for about 10 hours. I swam 20 kilometres to Bligh Sound. It was 5pm when I got out.

I knew the weather was really coming in. I got up early, about 3am, to try to beat it. I launched the raft into the tide going up the coast and swell coming from the sou'west - there was a massive wind. I was paddling as hard as I could but I wasn't going anywhere. I was hit by a huge swell, three to four metres wave height. George Sound is just round the corner from Bligh Sound but I couldn't reach it. Those waves were just huge. I was 100 metres from the entrance there and I couldn't get in. 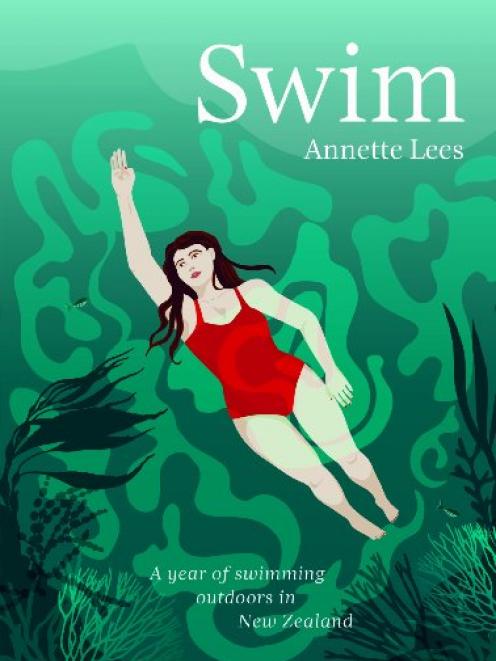 Swim: A year of swimming outdoors in New Zealand, by Annette Lees, published in paperback by Potton & Burton. RRP: $39.99
This was Mother Nature saying, No, I'm the boss. I sat out there in the waves and swell, just waiting in the same spot. I couldn't move. Finally, the tide got to slack water and I was able to get to shore at a place where there's a little beach and a stream [Cats Eye Bay]. The waves at that point were metres high.

I decided to try to walk the rest of the way to George Sound. Climbing up a waterfall on the way, my pack strap broke and then I had 40 kilograms of pack pulling me backwards. I hurt myself a bit in that fall. My knee. I had to go back to the little beach and stay there.

The weather conditions had become horrific. In the night there was a thunderstorm. Rain. The wind was so strong it kept blowing me in my hammock on to the tree behind me. In the end I spent three or four days in the same spot, waiting for a break in the weather so a helicopter could pick me up. On the day they came there was only a two-hour break in the weather when they could fly. They took me back to Milford Sound.

I'm keen to give it another go, that swim. I've done other bits of it - Breaksea to Dusky Sound, parts of Doubtful Sound. It's wicked swimming in the sounds. On a calm day it's like swimming in a pool. The freshwater layer on the top is murky. It's kind of funky swimming in it, especially at night. It's like Star Wars. If you wave your arms around, all the plankton lights up. Swimming in Milford Sound you feel small. Mostly you've got your head underwater, but when you look up you see those cliffs rising high all around you.

The dolphins are not interested in me. Sharks are. Around Stewart Island they have one of the biggest great white shark populations in the world. The sharks migrate from there up the Fiordland coast. A researcher told me they don't like red. My pack raft was red. My dry suit was red. The sharks came and checked on me. One of them was pretty annoying - he was trying to get in the raft. I think it was a seven gill shark. The researcher told me those are ones you should worry about, they might nibble on you. I'm not really worried. Mostly they just ignore you. But you pick a bad day with a shark, just like you might get a bad day with a dog, then they'll bite.

You've got to be a bit crazy to do swims like this. I feel fear, yes. If you're alone in the ocean, in the dark, with the waves crashing down on you, yes. But this is what our life's journey is all about - memories. You can't take your house with you, your car. You've only got your memories. These swims are my memories. I feel at home in the water. Some people are comfortable on the couch. For me, it's the ocean: the sea is my couch and I can easily just lie down on it.