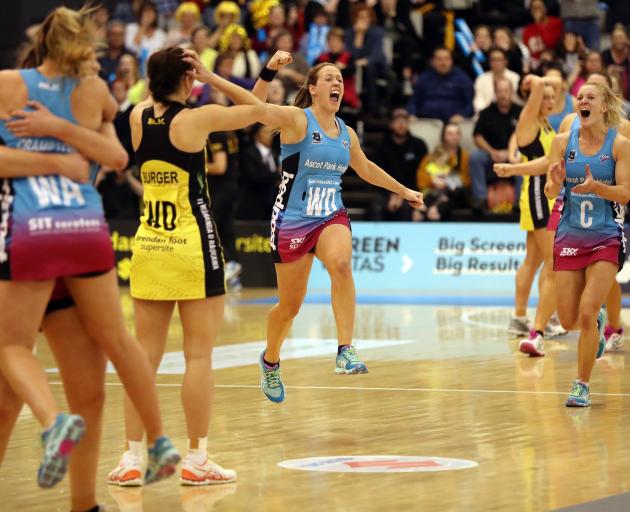 Steel captain Wendy Frew celebrates victory against the Pulse in the ANZ Premiership final at Fly Palmy Arena in Palmerston North in 2018. PHOTO: MICHAEL BRADLEY
In the Next 10 we select Otago's greatest sporting moments during the past 10 years. Reporter Adrian Seconi completes the series today with a look at the unlikely, the improbable and mission impossible.

That is an understatement.

The Steel had dominated the inaugural season of the ANZ Premiership.

It won 16 straight games to win the 2017 title with a perfect record.

The following season was a lot tougher.

The power had firmly shifted to the Pulse. And the Wellington-based team took control of the final early and appeared poised to win.

The home team led by as much as 11 goals during the match. That is a hole not many netball teams can climb out of.

The southerners rallied, though. They pegged back a good chunk of the deficit but still trailed 53-47 in the final stages of the match.

The Steel scored seven consecutive goals to take the lead 54-53 with 25 seconds remaining in the game.

Jennifer O’Connell did the heavy lifting in the shooting circle, but it was Te Paea Selby-Rickit who slotted what proved to be the match-winner.

Steel coach Reinga Bloxham was left stunned by what her side had achieved.

"I am gob-smacked — I can’t believe we just did that," she told the Otago Daily Times afterwards.

"It was unbelievable ... we must have scored the last [seven] goals and I couldn’t see the clock so I didn’t realise how long there was to go.

The focus is on the shooters when there is a dramatic ending.

But the Steel had the ultimate battler in the midcourt — Wendy Frew. And she was looking to finish a 16-year career with back-to-back titles.

She threw herself around and even crashed into the courtside signage while desperately searching for a turnover.

"That last quarter before we went on [Frew] said to them ‘we have to leave it all out there, put your bodies on the line’. And that’s exactly what we did," Bloxham said. 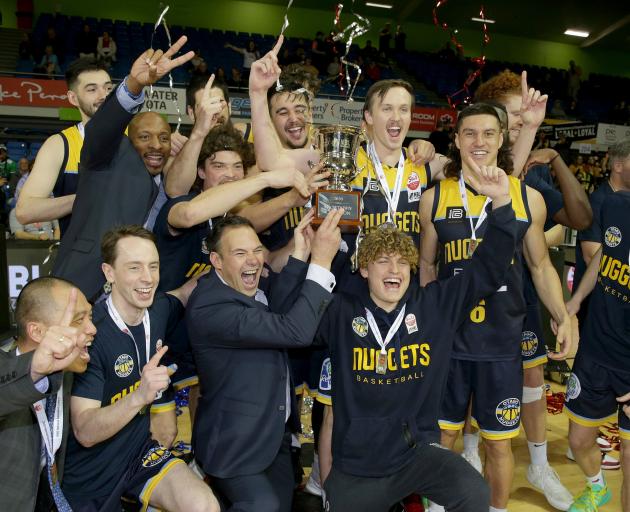 The Otago Nuggets celebrate their victory in the New Zealand Basketball League final against the Manawatu Jets in Auckland in 2020. PHOTO: GETTY IMAGES
Nuggets emerge from the wilderness to win title

Impossible would probably have been a better fit.

For a start, the team began the year at the back of the wardrobe with the mothballs.

The franchise has pulled out of the league at the end of the 2014 season for finance reasons and every attempt at resurrection had fallen short.

Their latest planned comeback had been put back another year but Covid-19 provided the Nuggets a pathway back into the league.

The NBL had to be completely re-imagined. The entire tournament was staged in Auckland and a draft was introduced to help spread the talent.

The top three sides opted out and that helped level the playing field even more.

Coach Brent Matehaere won the jackpot on draft night. He managed to secure the services of Jordan Ngatai and Jarrod Kenny, and Jordan Hunt proved to be an inspired pick-up as well.

The three Js imposed themselves on the tournament and steered the Nuggets through to final against the Manawatu Jets.

The Nuggets trailed 55-52 at the last break in the final but rallied to win their first title 79-77.

They took control in the fourth quarter with an 11-1 run. The Jets struck back but a huge block by Ngatai followed by a free throw from Josh Aitcheson sealed the historic victory.

Hunt scored 21 points and was named final MVP, while Kane Keil and Aitcheson made telling contributions with 15 and 16 points respectively.

It was the Cinderella story of the Otago sporting year and a nice distraction from Covid. 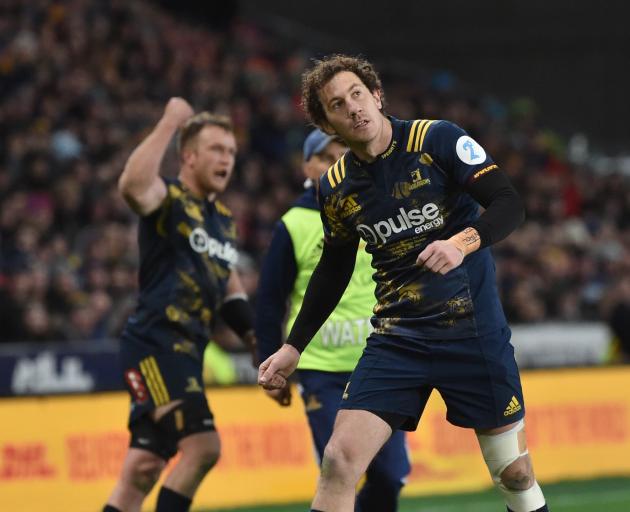 Kudos to the people in control of the music that Tuesday night when the Highlanders edged the British and Irish Lions 23-22 in Dunedin in 2017.

The visitors ran out on to the field to the Mission Impossible theme music.

A negligible seed of doubt perhaps. But all was quiet while Highlanders cult hero Marty Banks lined up what proved to be the winning penalty.

He soaked up the applause but the big men up front had done the hard mahi.

With eight minutes remaining the Highlanders scrum powered through the Lions front eight and won the penalty Banks ended up converting.

Midway through the second spell the home side trailed 22-13.

Highlanders hooker Liam Coltman got in the boot of a lineout drive to score and set up a tense finish.

Banks had achieved what his father had been unable to do years earlier. Richard Banks played for a combined Buller-West Coast team against the Lions in 1983.

"The most pleasing thing was a couple of moments in the second half when we applied that pressure and kept playing with that attitude. Just incredibly proud," he said after the game.

"There was always belief we were going to come out of that. Marty Banks . . . his game management and his execution, and the effort from everybody, helped us put it together." 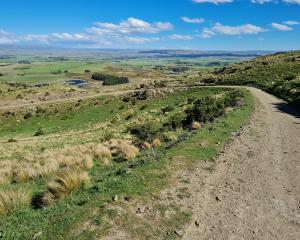 Something for everyone on the historic Tarras to Omakau route