At  face value, Coromandel is a peninsula and a world apart from nearby Auckland — 400km of rugged coastline, sand, surf and islands galore, jagged mountains harbouring 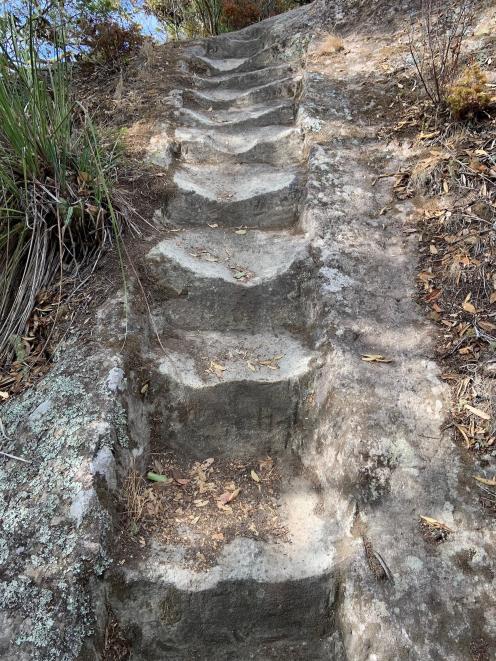 Heritage values, too, are striking. Early Polynesian and European exploration of New Zealand overlaps at Mercury Bay on the ocean coast, and the holiday-cum-retirement town of Whitianga celebrates this through place names, street names, murals and information panels.

Legendary explorer Kupe, voyaging from Ra’iatea near Tahiti a thousand or so years ago, is said to have made landfall here, sighting 900m Mt Moehau — his wife, Hine Te Aparangi, crying out the name, "Aotearoa".

Whitianga’s name is itself a clue, derived from Te Whitianga o Kupe — Kupe’s Crossing. His ocean-going double-hulled vessel Matahourua crossed a vast ocean to reach Aotearoa. On his return to Ra’iatea (part of French Polynesia these days), Kupe related stories of a distant forested landmass full of resources, stories that inspired, somewhat later, a migration of the ancestors of Maori on a series of voyages.

Then, in 1769, James Cook arrived at what he called "a promising inlet" — Mercury Bay — in His Majesty’s barque Endeavour. On the way from England he called at Tahiti and Ra’iatea and wisely recruited an expert Polynesian navigator and high priest, Tupaia, who was well aware of Kupe’s discovery and subsequent voyages. For Kupe set out on his legendary southern voyage from Ra’iatea’s Faa River.

Besides his talent for deep-sea navigation, Tupaia was able to communicate with Maori and helped interpret for Cook during encounters with them.

Tupaia’s marae was the fabled Taputapuatea on Ra’iatea, a name that appears in the Whitianga landscape — Taputapuatea Stream at the northern end of the town.

Six weeks after the first landing of Europeans in Aotearoa at Turanganui a Kiwa/Gisborne, the Endeavour expedition arrived in Mercury Bay. Cook mapped as "Low Land" what is now called Cooks Beach. It turned out to be a good place for astronomer Charles Green to observe a crossing of another kind — the transit of the planet Mercury across the face of the sun.

Hot Water Beach on a summer’s day with bathers enjoying geothermally heated water.
Skies were clear enough on November 9, 1769 for Green to record Mercury’s solar track, thereby improving knowledge of the size of the solar system and helping pioneer a more accurate method of calculating longitude.

The Ngati Hei people of Mercury Bay greeted these strangers cordially, presenting them with generous baskets of fish. Cook replied with seed potatoes that proved to be a lasting gift.

Endeavour stayed 12 days in Mercury Bay. Shortly before departing to continue the circumnavigation of Aotearoa, Cook raised the Union flag for the first time in New Zealand, at the same time claiming the land for His Majesty King George III even though he had seen just a small portion of it. The ceremony was conducted at a stream mouth, a watering place, by the mouth of the Purangi River, opposite Cooks Beach.

The main road through Cooks Beach today is Captain Cook Dr. Endeavour’s chief scientist, Joseph Banks, and astronomer Charles Green are also remembered through street names. Here and in other built-up areas of the Coromandel, roundabouts rule the traffic flows instead of lights.

West of Cooks Beach, past two bluffs, is the pivotal town of Whitianga, where Kupe Dr and Cook Dr are arterial streets. Downtown there are street murals portraying the early days, with Captain Cook prominent.

Occupying an old dairy factory beside the Esplanade, Mercury Bay Museum pays tribute to both Kupe and Cook. It is a tidy old-style museum, established 50 years ago and for a town of 5000 people, a defining cultural asset. The boom city of Tauranga to the south, lacking a museum, could take note.

The cute little Ferry Landing public library.
Across the road from the museum, beside the narrow mouth of sprawling Whitianga Harbour, is the Whitianga Wharf. Here, a passenger ferry is based, shuttling people continuously through the day and to 10.30pm in summer. It takes just three minutes angling across the strong tidal current to reach Ferry Landing, a leafy residential area and old pa site.

Ferry Landing village is much the same as it was 40 years ago when I threw my 10-speed touring cycle on the cabin roof of a much smaller launch in the course of a detouring three-month bike ride from Cape Reinga to Stewart Island. Today, the ferry is larger and packed throughout summer — bikes and buggies welcome.

Three minutes after leaving the town’s busy waterfront cafe scene, visitors are transported back in time to a quieter, less crowded environment without shops — but with a cute wee library — and where housing is less pretentious and history stands out in the form of a cemetery and an ancient pa site well signposted. Cook reported the pa abandoned and the surrounding bush burnt.

On the way to Whitianga Rock, the rocky knob at the end of a small peninsula, you walk in places on stone steps indented by much pedestrian use over aeons, while down by the Landing Ferry wharf, pied shags, which nest in trees overhanging the water, fish for a meal, plucking crabs from the seabed.

Whitianga, meanwhile, is all go — well, it was before the pandemic lockdown. It is the Coromandel’s largest town after Thames, from which it is separated by a mountain range and lot of winding road. It is certainly a town for retirees, with a-third of the population over 60 years of age.

The visitor industry looms large here. Forty percent of the dwellings (2013 census) are holiday homes, many located on a modern network of tidal canals, tentacles of the sea, that connect to the harbour. Prominent earthworks nearby mark an extension of the canal system northward if and when the property market gets back to pre-pandemic activity and expansive urban development.

At Whitianga’s Buffalo Beach a rock riprap sea wall guards against coastal erosion and flooding during storm events.
Wealth is conspicuous. Hundreds of uniform-white motor launches, designed for sea fishing trips and coastal cruising, lie quietly in the canals at private jetties. In town, a marina accommodates vessels docked side by side, seemingly underutilised.

On the Coromandel there are subdivisions all over the place, and flash houses with curtains drawn — a sad irony in a country with a housing shortage. At historic Cooks Beach, where Cook’s 250-year-old warning of low land translates today to exposure to rising and stormier seas, holiday homes have been built right by the beach. They have become reliant on rock riprap sea defences. Owners must live in hope seas will not rise, even while the global rate of rise is accelerating.

Small communities in the picturesque Kuaotunu area north of Whitianga such as Otama Beach and Opito Bay are bracing for a surge of cribs and residences on dunelands, judging by developer signage, new roading and pathways. There are 79 sections at one site.

On my three-month bike ride through New Zealand, I put up my tent overnight on a dune close to Kuaotunu’s shop and historic hall, originally a goldfields school. Towards dusk, a reserves warden on a motorbike pulled up and tried to move me on. He relented — "OK, one night only" — when he saw how I was a lone traveller in a gravel-road region. Today a hub of eateries, including a renowned pizzeria, draws patrons from all around this coast. And there are houses on part of the dunes — strictly no camping.

Down the coast from Whitianga, at the village of Hahei — resident population 350; in summer 3000 — there is an arresting sign of visitor overcrowding. Tiny Hahei has a tourist park-and-ride service. What? The fact is, a shuttle is necessary for those wanting to go to the big natural attraction of Cathedral Cove a couple of kilometres away. There is simply no parking during the busy season anywhere near the walkway to the iconic cove.

Taputapuatea Stream, whose names echoes a fabled marae on the island Ra’iatea, formerly Havaiki, in French Polynesia.
Something similar happened at Hot Water Beach when Lonely Planet included it among its selection of top 10 beaches in the world. Hordes of visitors descended. An upgraded car park, however, does facilitate a visit to the beach, where people can dig themselves a bath in geothermally heated water until the next floodtide arrives. Beware of scalding water in some places, though.

The coastal region between Hot Water Beach and Kuaotunu has attracted enclaves of creative artists whose work in graphic, ceramic and other art forms does a good job of reflecting Coromandel’s character and natural features.

Over 100km long and up to 30km wide, the Coromandel Peninsula is a distinct region with a history of extractive industries — kauri logging, flax milling, gum digging, gold mining. But they have met their match in a modern environmental movement that has shifted the focus to nurturing natural assets rather than reducing them, while making a living out of nature tourism.

The English name for the peninsula and the town of Coromandel on the west coast comes from a visit by HMS Coromandel in 1820 to load kauri spars. Throughout the 19th century kauri timber was a Coromandel hallmark. Today, kauri forest remnants are protected.

Kupe, much later, was preoccupied with chasing a giant octopus a long way. He caught up with it finally in Cook Strait/Te Moana o Raukawa. It was on this visit that he came across the Coromandel, today one of Aotearoa’s most treasured regions.