Plenty to see at Pearl Harbour 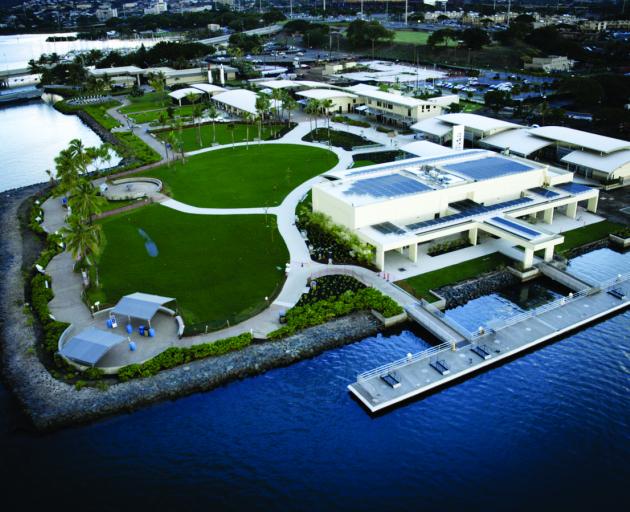 On the back of a significant wartime anniversary, Pam Jones explores the place that began World War 2 for the United States.

Last year saw a mammoth focus on Pearl Harbour, with a range of events commemorating a poignant anniversary. Pearl Harbour was bombed by Japanese Naval Forces in 1941 and observed its 75th anniversary in 2016.

But the crowds continue, and there's a lot to see at Pearl Harbour, so turn up early and book tickets online if you can.

Explore these Hawaii landmarks and reflect on the contribution of Allied forces and a peaceful people.

• Pearl Harbour is part of the WWII Valor in the Pacific National Monument, which consists of nine historic locations in three parts of the United States - California, Alaska and Hawaii.

The USS Arizona Memorial is built over the sunken wreckage of the USS Arizona, the final resting place for many of the 1177 crewmen killed on December 7, 1941 when Japanese Naval Forces bombed Pearl Harbour.

It's a peaceful, poignant and sombre place, where people speak in hushed tones and can see the remains of the USS Arizona below. Ponder the war effort of Allied forces here, and the peaceful nature of the Hawaiian people.

The Pearl Harbour Visitor Center was recently expanded from its original 1.2ha to almost 7ha and is operated by the National Park Service. There are 1000 free walk-up tickets available every day, but in the busy season they usually run out mid-morning.

You can also reserve tickets online for the day and time of your choosing. It's a huge timesaver, and sensible planning to minimise waiting time. 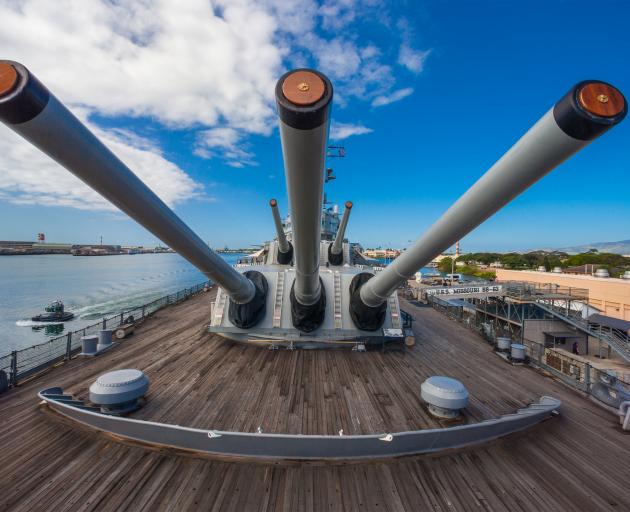 • The USS Missouri stands over the fallen USS Arizona.

The USS Missouri was the United States' last battleship ever built and the last to be decommissioned. It secured its place in history as the site of Japan's formal surrender to the Allied Forces on September 2, 1945 in Tokyo Bay, ending World War 2.

You can climb aboard the Missouri and get a close-up view of its massive, 40cm, 50-calibre guns, and explore the decks below. 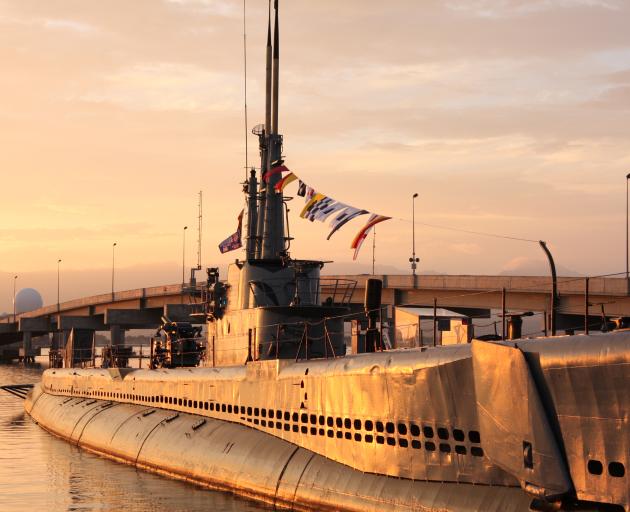 • The USS Bowfin submarine was dubbed the "Pearl Harbor Avenger" and completed nine successful patrols before eventually arriving at her final peacetime berth in Pearl Harbour.

Today it is a National Historic Landmark and museum ship located within walking distance of the Arizona Memorial. The submarine museum and park includes more than 4000 submarine-related artifacts.

• The Pacific Aviation Museum Pearl Harbour is on Historic Ford Island in hangars that withstood the Pearl Harbour attack on December 7, 1941 - one has bullet holes from the morning of the attack.

The museum tells the stories of aviation in the Pacific and features 48 aircraft, including those from World War 2, the Korean Conflict and Vietnam to the present day.

• For more information go to pearlharbor75thanniversary.com

To say the submarine is within walking distance of the Arizona memorial is very misleading as the Arizona is out in the harbour and you have to catch a boat to get there. Be very hard to walk anywhere from there. You can however walk to it from where the boat leaves from.