Packing up their troubles 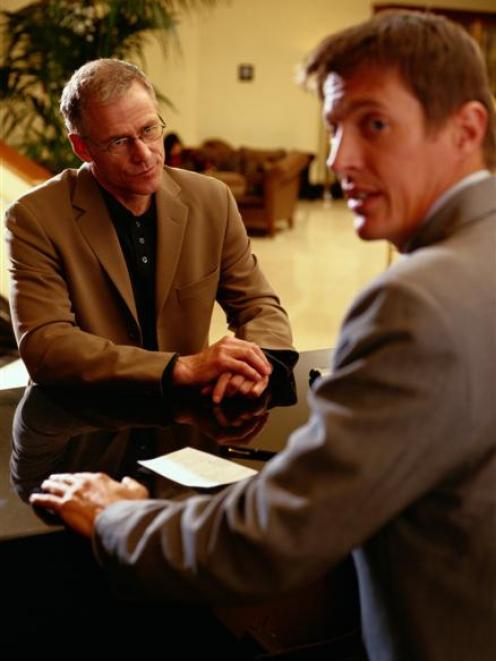 Complaints are common in the travel world, reports Chris Pritchard, of AAP.

A star footballer complained his ocean-view hotel room overlooking Sydney's Manly Beach was unsuitable because the sound of the sea kept him awake.

A British tourist at an upscale Caribbean island resort had a similar gripe.

While she could step from her room to the beach, she would have preferred cheaper accommodation because the sound of crashing breakers supposedly interrupted her slumber.

And what of the foreign tourist at a top African game lodge who occupied a much-in-demand high-priced perch overlooking a water hole where wild animals came to drink?

He moaned that one of the elephants was visibly aroused and that the sight of this rampant beast ruined his honeymoon by making him feel "inadequate".

Others, however, are off-the-wall attempts to obtain compensation.

Whatever the cause, zany incidents do occur.

For instance, a panic-stricken woman called reception and angrily protested that she was locked in her room.

It turned out that she had never previously stayed in a hotel and, seeing a "Do Not Disturb" sign hanging on the doorknob, wrongly assumed that she should not open the door that would have allowed her to leave her room.

That's a bit like the wheeze - no, this one isn't a complaint - described by an American comedian, with an evident weakness for toilet humour, who regularly stayed at motels where toilet seats sported paper strips saying "Sanitised for your protection".

His mischievous advice: remove the strip of paper carefully each time you use the toilet and replace it afterwards.

Then, on the third day at the motel, buttonhole a member of the housekeeping staff and say: "I've been here for three days and I very desperately need to use a toilet. Is it all right to remove the piece of paper saying 'Sanitised for your protection'?

"I accidentally got out of the lift on the wrong floor at a Berlin hotel and tried to enter a room I thought was mine.

A terrified-sounding English voice screamed from inside: "Go away - I've got a gun and I'll call the police!

"Next morning in the lobby I heard a complaining British businessman telling the assistant manager: "I'm checking out a day early because of terribly lax security in this hotel. People try to get into your room in the middle of the night".

At a Novotel in Australia, a guest complained that there was cheese on the cheese platter and demanded a replacement without the offensive dairy product.

A customer in one of the same hotel chain's restaurants complained his soup was too thick and strong.

He was inadvertently slurping the gravy at the time.

Weird indeed was a group of security-conscious UFO-believers who held a conference at a Novotel and complained of a risk their gathering would be infiltrated by aliens from outer space because the locks on meeting room doors hadn't been changed.

One recent complaint from an Australian traveller was that his hotel room "was decorated in a feminine manner".

Another opted to travel by train at night because doing so was cheaper - then complained he could not see the European scenery.

Or, there was the traveller who accidentally managed to board an aircraft to the wrong destination and wasn't detected before take-off.

He later complained his baggage was not on the same flight.

He had checked in correctly so his bags had gone to the right destination.

After making a reservation at a cheap $12-a-night hotel in Bali, a couple were annoyed because it didn't provide free bottled water.

Among her favourites: "Are port-holes cabins above the waterline?"; "If we book a balcony cabin, will there be anybody walking past?"

An oft-heard question from first-time cruise passengers unfamiliar with the industry's usual all-inclusive format is whether any meals are included.

Complaints at times leave staff in the travel industry speechless.

According to one British travel company's survey, some travellers complain of not enjoying going away on holiday because foreigners "didn't want to speak English".