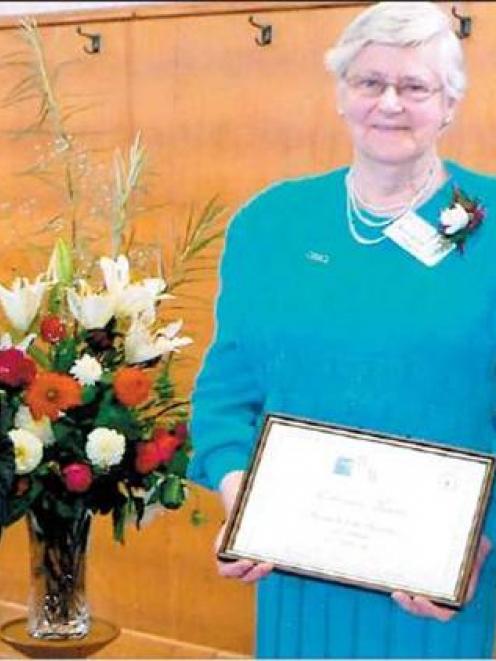 Lumsden Rural Women's president Cheryl Clearwater said the formal afternoon tea, which featured the best silver tea services and everything that would make a sumptuous afternoon tea from a bygone era, came to the fore at the celebratory get-together held at the Lumsden Memorial Hall.

The afternoon tea was attended by 39 past and present members from Christchurch south, Mrs Clearwater said.

The Lumsden Lions Club catered for the event, she said.

One of the highlights of the celebration was the presenting of a life membership award to member Lorraine Heads, who had been involved in the group since the late 1950s, Mrs Clearwater said. Mrs Heads was a ‘‘tireless worker'' who had held office in the group, she said.

"It was lovely to have other past life members there and to hear them reminisce,'' she said. ‘‘It was just fun; it was just such a lovely afternoon.''

The group, which now had 11 members, had undertaken fundraising events, with the community benefiting from the proceeds, she said.

Their fundraising ventures included collecting for the New Zealand Foundation for the Blind for about 40 years and catering for various events, she said.

The group was keen to hear from other people keen to join them.