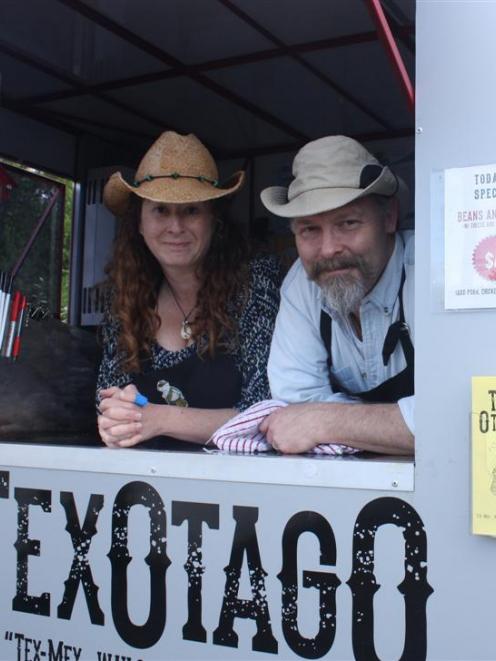 Submissions on the proposed bylaw - which would replace the older bylaw passed in 1996 - closed on Monday.

Two parts of the proposal were causing traders concern: a 300m exclusion zone from any similar business and the exclusion from Dunedin City Council parks and reserves, including the Otago Museum Reserve, which is one of the main areas for mobile food traders.

Traders could ask existing businesses for an exemption, but there were no guarantees it would be granted.

Mrs Morgan said about half of the income from their business came from trading at the museum reserve. If the right to work there was taken away, they could go out of business.

The couple had spent about $40,000 setting up the food trailer, which sells Tex-Mex style food.

''It's really worrying because we don't have a clear idea about what is happening to something that could put us out of business,'' Mrs Morgan said.

The Huntsman Steakhouse owner Peter Barron said the changes seemed poorly thought out and should be set aside and reconsidered.

As well as owning the Huntsman, Mr Barron has a mobile trading licence and wants to operate outside his restaurant in George St, late at night.

George St is one of five streets in the city - including the Octagon - where mobile traders are not allowed.

It was not the council's job to favour one type of business over another, which it was doing with the 300m exclusion zone, Mr Barron said.

''Anyone could come along and open up another steak house next door to my business, as long as they passed the standards set down by the council, but if I want to operate a mobile food trailer outside of my own business I can't.''

If Dunedin wanted to promote itself as a vibrant city, mobile food vendors in the centre of the city was one way to do that, he said.

Pineapple Bakery owner Numia Fereti said if the bylaw was passed it could put many mobile traders out of business.

Mr Fereti had started an informal association for mobile traders and hoped others would join so they had a strong voice to bring to the council.

Otago Chamber of Commerce chief executive John Christie said there were some concerns from businesses about mobile traders and the advantage they might have because of lower overheads.

What the bylaw needed to do was balance the needs of both the mobile traders and the traditional businesses, because they were both critical to the vibrancy of Dunedin, he said.

Council environmental health team leader Ros MacGill said it would be inappropriate for her to comment on the points raised by the traders until the issue was heard by a hearings subcommittee.

The council had received 18 submissions on the bylaw from both traditional businesses and mobile traders, and they would be heard later in the year, Ms MacGill said.