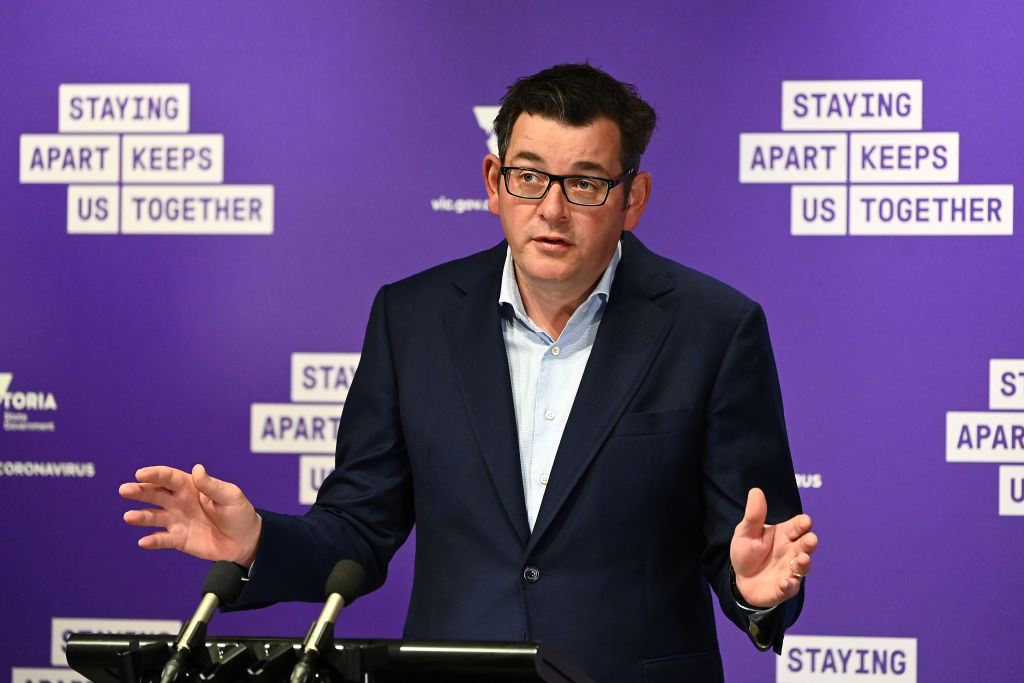 The health department said all the new locally acquired cases had been linked to Victoria's current Delta strain outbreaks and were in isolation for their entire infectious period.

Another case was recorded in hotel quarantine, with active infections across the state rising to 190.

More than 25,000 test results were received in the 24 hours to midnight on Monday, while almost 14,000 vaccine doses were administered at state-run sites during the same period.

The result will further fuel hopes Victoria's extended restrictions may be eased as planned at 11.59pm on Tuesday.

Mr Andrews said the state is "well-placed" to end its fifth lockdown this week, though some restrictions are likely to remain for some time.

The statewide lockdown was called on July 15 due to an outbreak of the highly contagious Delta variant, which originated from cases in New South Wales.

Victoria's lockdown was meant to end after five days, but was extended for a week.

Mr Andrews on Sunday said he was confident the lockdown wouldn't be extended again, citing the downward trend in the number of people in the community while infectious.

Victoria recorded 11 new locally acquired Covid-19 cases on Sunday, all of which were linked to known outbreaks and were in quarantine for their entire infectious period.

"These numbers are the trend that we wanted to see, these numbers are more than promising, but we just have to wait and see what comes through tomorrow and Tuesday to be certain that we can ease restrictions," Mr Andrews told reporters.

"I will foreshadow, there will still be rules after midnight Tuesday, it'll be important that we all follow them."

Victorian cabinet ministers and the public health team will meet on Monday to discuss the new set of restrictions, but Mr Andrews flagged masks will remain compulsory for some time.

Mr Andrews expressed his dismay at "selfish" anti-lockdown protesters who gathered in Melbourne on Saturday but said he was reasonably confident it would not become a super-spreader event.