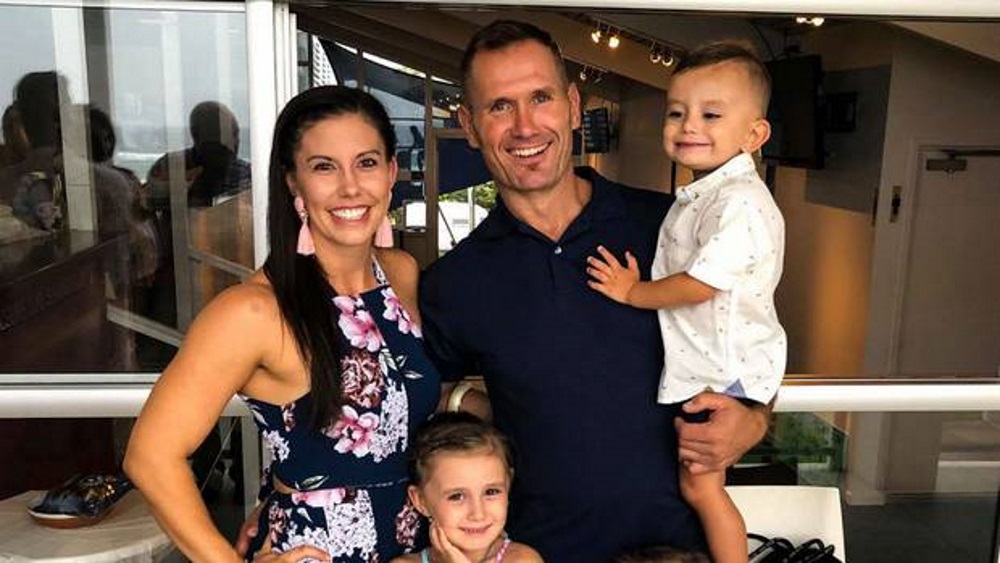 Rowan Baxter and his family. Photo: Facebook via NZ Herald
Queensland police had received reports of domestic violence before Rowan Baxter doused his children and wife in petrol and set them alight.

Detective Inspector Mark Thompson said both Hannah Baxter and her estranged husband Rowan had been referred to support services in the lead-up to their deaths.

A court had granted at least one domestic violence order relating to the couple, however it is unknown who made the application.

Det Thompson said it was still too early to rule the deaths a murder-suicide, but it was a line of inquiry being explored.

He noted the outpouring of anger and grief on social media following the deaths and has urged anyone with information about the family dynamic to come forward.

Ms Baxter was taking her children to school from her parents' home at Camp Hill in Brisbane's east when Mr Baxter jumped into the car's front passenger seat, according to reports.

Queensland police had received reports of domestic violence before Rowan Baxter doused his children and wife in petrol and set them alight. #9News https://t.co/0C5Z2SUlcg

The car made it to nearby Raven St where, according to one witness, Ms Baxter escaped from the car screaming "He's poured petrol on me" as flames took hold.

Ms Baxter, 31, succumbed to her extensive burns on Wednesday night.

Mr Baxter died from self-inflicted wounds, and police have confirmed a knife was found at the scene.

Ms Baxter's father, Lloyd Clarke, has expressed his grief online, saying he believes his estranged son-in-law is rotting in hell.

"If he truly loved them he would not have killed his children in such a horrible way.

"He might have said he cared and loved his children but I know it was always about him coming first."

Ms Baxter's brother, Nat Clarke, posted a tribute to his sister and her children on Facebook.

"I had my sister nephew and 2 nieces taken from me in the worst way possible ... I will forever love you all".

Meanwhile, mourners have visited the street where the children died to lay floral tributes and pay their respects.

A Facebook fundraising page set up by Ms Baxter's sister-in-law Stacey Roberts has so far raised more than $94,000 for funeral costs.

Ms Baxter's parents needed support, Ms Roberts posted, and had "exhausted themselves" trying to help their daughter who had left Mr Baxter before Christmas.

The Baxters owned a fitness business called Integr8 in Brisbane.

Ms Baxter was a trampolining champion, while Mr Baxter had trialled with the New Zealand Warriors NRL squad in the mid-2000s but did not play a first-grade game.

"Australians all over the country are just shocked, saddened and devastated about what has happened," Prime Minister Scott Morrison said on Thursday.

"Hannah and her three children so senselessly and maddeningly murdered in what has occurred in a terrible act of violence and it just grieves our hearts terribly today."

The killings are a terrible reminder that family violence and violence against women is the national emergency the country continues to face, says Patty Kinnersly, head of violence prevention group Our Watch.

She says there is a need for long-term, secure and ongoing funding across the entire violence against women sector which included response and early intervention work preventing it from happening in the first place.

Queensland University of Technology Professor Kerry Carrington, who is an expert in gender violence, believes the deaths could have been prevented with earlier intervention.

The latest federal government report into domestic violence reveals one woman was killed every nine days by a partner between 2014 and 2016.