Freedom for Victorians as 'ring of steel' comes down 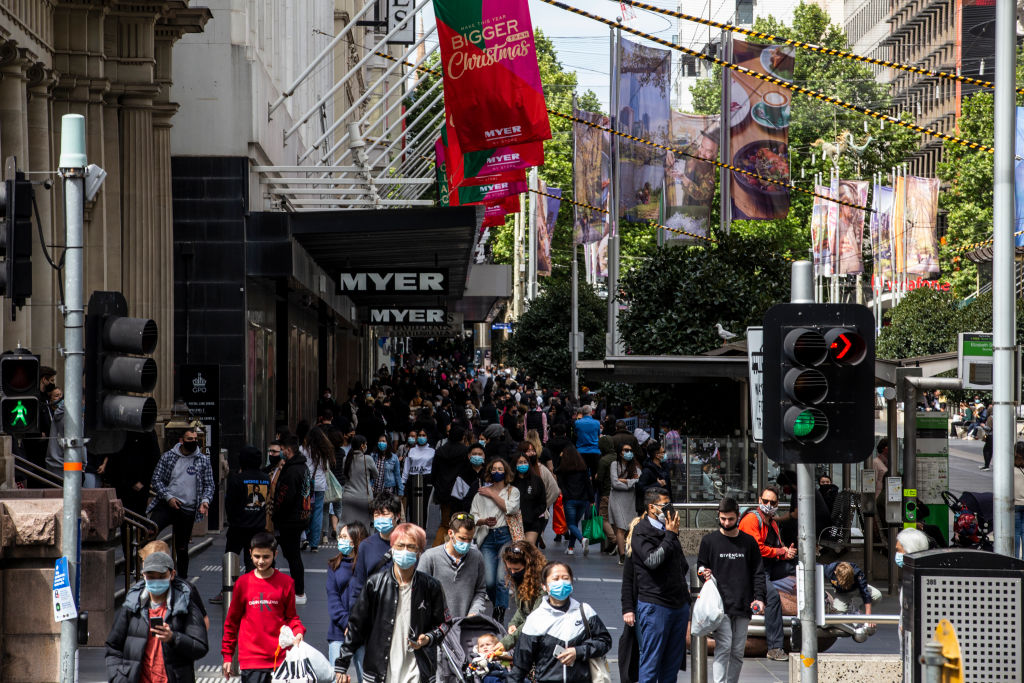 A crowded Bourke Street in Melbourne. Photo: Getty
Victoria is finally whole again, tearing down the so-called "ring of steel" dividing Melbourne from the regions.

Regional areas had been off-limits to Melburnians for months as the city lagged behind in its second wave fight with COVID-19.

Fresh from nine consecutive days without a new case, Premier Daniel Andrews confirmed the border would be thrown open from 11.59pm on Sunday.

"We know that so many people have missed those that they love the most, those who they need to see, been desperately keen to see, for such a long period of time," he told reporters.

The 25km travel limit is also on the scrap heap and was among a raft of rule changes that went beyond those previously announced.

Hospitality venues can now host up to 70 patrons outdoors and 40 indoors, while a maximum of 20 people will be allowed in gyms, libraries, community centres, galleries, museums and cinemas.

Aged care residents are able to have visitors from one household per day for two hours, and partners can visit maternity wards indefinitely.

Worker caps on meat, poultry and seafood industries are also gone, but anyone who is able to work from home must continue to do so and masks remain mandatory outdoors.

Looking ahead, Mr Andrews flagged statewide rules would next ease on November 22.

Victoria's peak tourism and police groups welcomed the end of the regional divide but the Victorian Chamber of Commerce and Industry said a plan is still needed for the return of functions, events and office workers.

Opposition Leader Michael O'Brien said Sunday's announcement was long overdue, suggesting Victorians could be forgiven for wanting more of their freedoms back.

"When you see only four active cases in a state of 6.5 million people ... you've got to ask: didn't we deserve a bit more than what we got today," he told reporters.

The state's death toll remains at 819 and the national figure at 907.