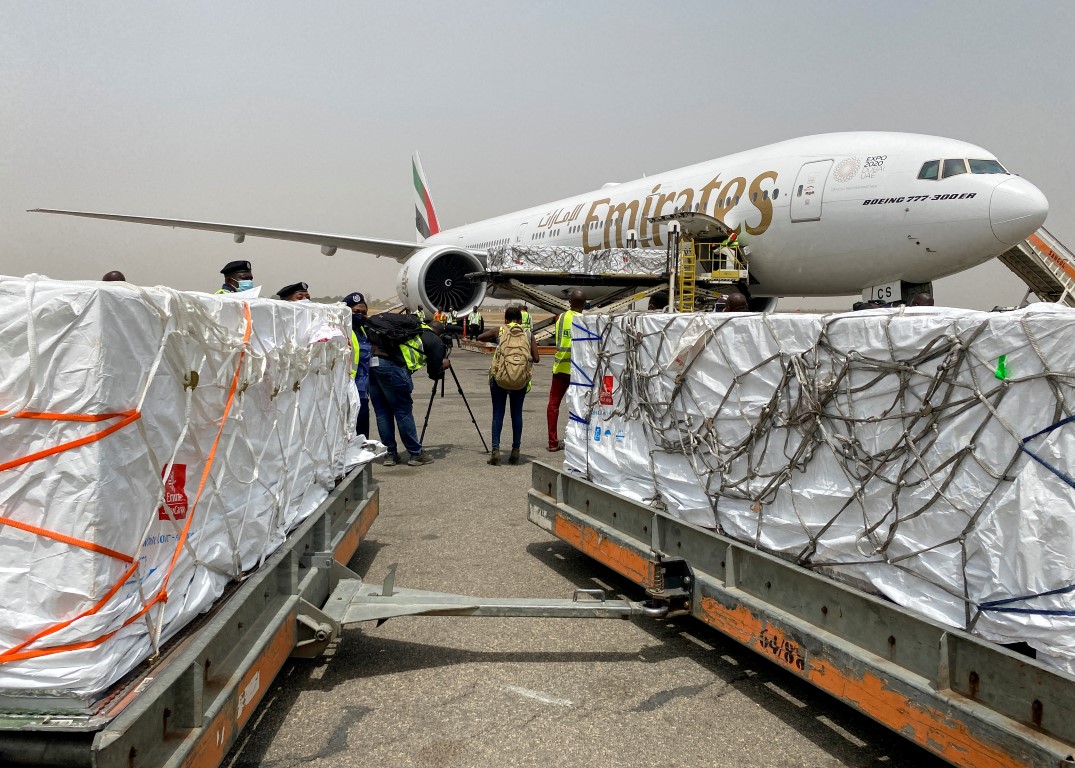 AstraZeneca vaccines are being sent around the world. Photo: Reuters
The Australian government has expressed frustration at Italy's decision to block a shipment of AstraZeneca's Covid-19 vaccine, but stressed it would not affect the rollout of its inoculation programme.

Italy, supported by the European Commission, blocked the planned export of around 250,000 doses of AstraZeneca's vaccine after the drug manufacturer failed to meet its European Union contract commitments.

"The world is in unchartered territory at present, it's unsurprising that some countries would tear up the rule book," Australian Finance Minister Simon Birmingham told Sky News.

"This is a demonstration of really how well Australia continues to do compared to the desperation of other countries."

Health Minister Greg Hunt said Australia had already received 300,000 doses of AstraZeneca's Covid-19 vaccine, which would last until local production of the vaccine ramps up.

"This is one shipment from one country," Hunt said in an emailed statement. "This shipment was not factored into our distribution plan for coming weeks."

AstraZeneca did not immediately reply to a request for comment.

Australia began its inoculation programme two weeks ago, vaccinating frontline health staff and senior citizens with Pfizer's Covid-19 vaccine though doses of that vaccine are limited amid tight global supplies.

Officials on Friday administered the first AstraZeneca vaccine to a doctor in South Australia state.

Australia has ordered 53.8 million doses of the AstraZeneca vaccine, which was developed in conjunction with the University of Oxford. Local pharmaceutical company CSL Ltd has secured the rights to manufacture 50 million of those doses in Australia.

Those doses will provide the backbone of Australia's inoculation programme, which it hopes to complete by October.

Australia is under less pressure than many other countries, having recorded just under 29,000 Covid-19 cases and 909 deaths. The lower infection and death tallies have been helped by strict lockdowns, speedy tracking systems and border closures.