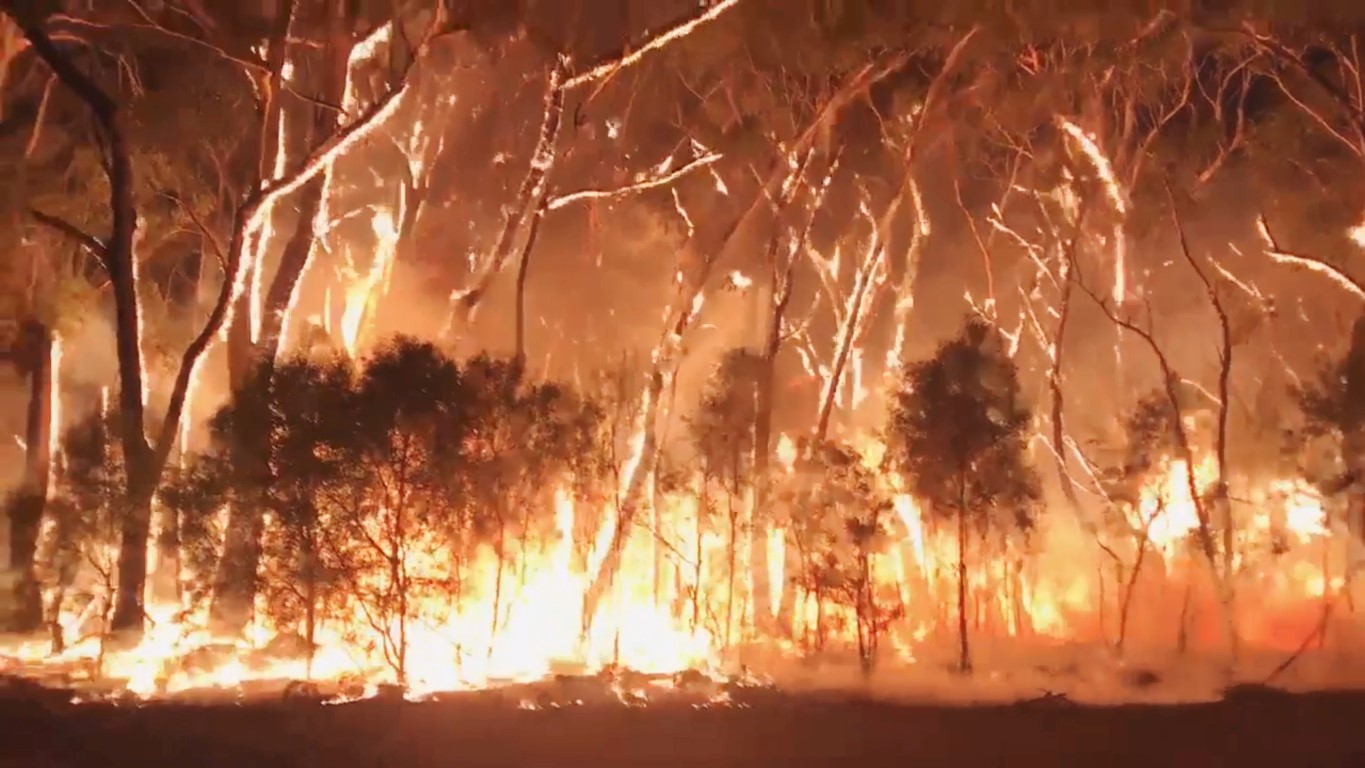 A fire blazes across bush in Newnes Plateau, New South Wales, in this grab from a social media video. Image: Gena Dray via REUTERS
The fire danger remains elevated across large chunks of New South Wales despite a southerly wind change that brought temperatures down as it swept up the coast.

The Rural Fire Service, meanwhile, has confirmed more than 720 homes have been destroyed over the fire season.

Firefighters have also expressed concerns about the impact the southerly change could have on Wednesday on fire grounds surrounding Sydney.

Temperatures soared in NSW on Tuesday, with hazardous bushfire smoke pollution blanketing much of the state.

There were almost 90 fires burning across NSW, with 40 uncontained.

The Bureau of Meteorology says although conditions have eased, the smoke will continue to linger on Wednesday and the next few days. 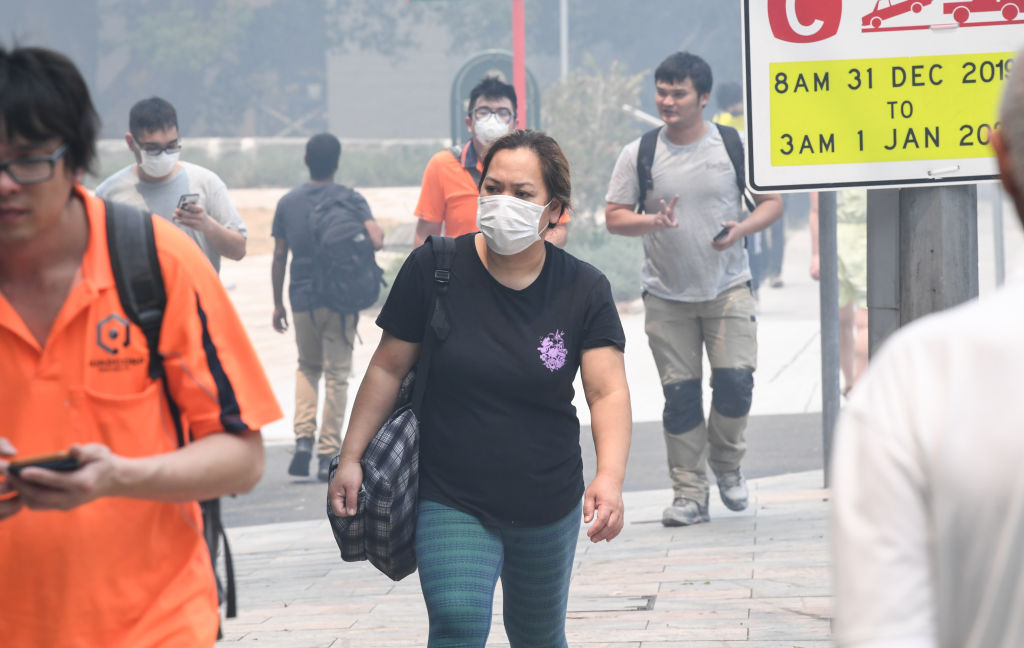 People wear face masks as bushfire smoke haze hangs over Sydney yesterday. Photo: Getty
Smoke across the Sydney basin was so thick at one point on Tuesday it was deemed 11 times poorer than typically "hazardous" levels.

"We are expecting (the smoke) to continue over the next few days ... with fires to the southwest and north of Sydney, we need easterly winds to help ease the smoke," a BOM forecaster told AAP.

Total fire bans are in place on Wednesday for northwestern NSW, the northern slopes and the central ranges.

On Tuesday evening, an emergency alert was issued for the 67,000-hectare Little L Complex fire near Wollombi in the Hunter region.

Residents living in the Glenroy Estate area were told to seek shelter from the fire as it was too late to leave, however the blaze has since been downgraded.

An emergency warning had also been issued for the Three Mile blaze in the Hawkesbury region but it was downgraded before 4pm.

"The fires just around Sydney alone - there is kilometres and kilometres of back-burning to do to try to lock the fires in," Mr Rogers told ABC TV.

"We've got a lot of people that are very determined to get these fires under control as quickly as we possibly can."

"I can reassure everyone the nationally-co-ordinated effort and the specific state efforts leading the response in each of their jurisdictions has been incredibly professionally deployed," Mr Morrison told reporters.

Some 2700 firefighters were in the field on Tuesday, supported by aircraft.