Rowan Baxter and his family. Photo: Facebook via NZ Herald
The son of killer dad Rowan Baxter, who poured petrol over his wife Hannah Clarke and their three children and set them on fire, is now suing her parents for a share of her $3.6m estate.

On February 19, 2019, Baxter ambushed his wife and children following a school pick-up in Brisbane, and set their car on fire with his family trapped inside.

He stopped neighbours from saving his screaming children, before killing himself at the scene.

Now his son Isaiah Jesse Rowan Baxter is filing a case against Lloyd and Suzanne Clarke, for part of the murdered mum's assets, claiming he needs money to "build a future".

While Isaiah says he had a good relationship with Hannah and considers the Clarkes to be like "second grandparents", he is taking them to court and claims they already own a home and have benefited from $1.5m in fundraising. 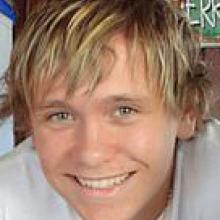 Isaiah Baxter. Photo: Screenshot / A Current Affair
Isaiah also suffered at the hands of his father, who was once a New Zealand Warriors squad member.

"My relationship with Rowan was strained for my whole life as a result of his abusive and controlling behaviour towards me ... and towards my mother and Hannah," he said in his affidavit, according to the Courier-Mail.

He explained that the violent deaths of his father, stepmother and half-siblings Aaliyah, 6, Laianah, 4, and Trey, 3, were "incredibly traumatising" on him and he believes he will need psychological treatment for life-long suffering.

He received $4244 from Baxter's superannuation and $40,000 in crime victims compensation already. The 23-year-old is currently unemployed.

"I believe I will continue to suffer for the rest of my life," he told the court, saying he filed the lawsuit to help in "building my future" and "moving on with my life as best I can".

Isaiah filed the claim within days after learning his father's $1.8m life insurance would go to Hannah's estate and not him.

He also indicated he learned in March he was able to make a claim for his step-mother's assets but decided against it because he was under the assumption he would get his father's life insurance.

"I believe that they both would have intended to provide for me financially in the event of their deaths," Isaiah told the court.

Isaiah claimed the Clarkes got $1.8 million in life insurance for Hannah, and another $1.8 million for Baxter because the policy stipulated the payment must go to her, even after she died. 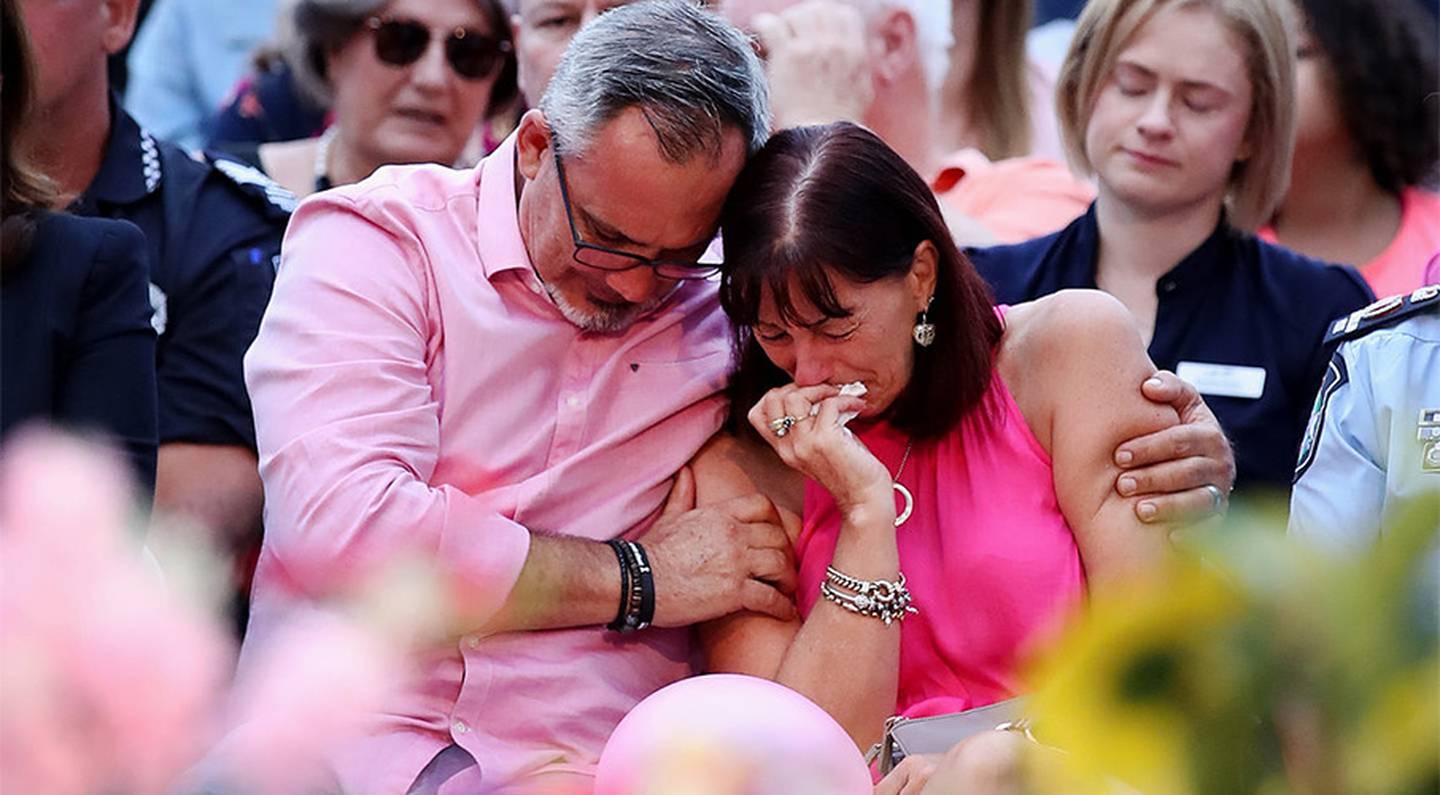 Lloyd and Suzanne Clarke embrace at a vigil for their daughter Hannah and her three children. Photo: Getty Images
He also said the elderly parents received the $1.5 million raised from a Go Fund Me campaign.

A court date hasn't been set and the Clarkes are yet to respond to Isaiah's lawsuit.

Earlier this month, speaking with the Guardian's Amanda Gearing for the publication's Full Story podcast, Hannah's parents Suzanne and Lloyd Clarke shared their daughter's story in a bid to help others escape domestic violence.

The Clarkes are especially hoping to highlight the dangers of "coercive control" – a pattern of controlling and manipulative behaviour which can be a warning sign of potential domestic violence and even homicide.

The Clarkes told the Guardian their daughter first met Baxter at a Police Citizens Youth Club in 2008 when she was 19 and he a 30-year-old father.

He pursued her and the relationship moved fast, the couple tying the knot several years later.

Lloyd Clarke said, initially, there were no signs of the horror to come.

"[He] was a personal trainer and he had some very high-end clients ... He was so charming and so good. We did a lot of things together," he said.

But a year after the couple's 2012 wedding, Baxter's behaviour changed drastically, with Suzanne Clarke comparing it to "flicking a switch".

"As he got a grip over Hannah, he removed her from her brother and from us – he started putting in wedges, and it wasn't until then that we realised how controlling he was," Lloyd Clarke said.

In late 2019, Hannah Clarke realised her and her children's lives were in danger, so she and the three children fled to her parents' home in Camp Hill, Brisbane.

She was aware of the risk she was facing, and discussed her need to write a will with her mother.

It wasn't enough to save them, with Baxter ambushing the young family during the school run on February 19, jumping into the car, dousing them in petrol and setting them alight before taking his own life.

The children died at the scene, while Hannah – with burns to 97 percent of her body – screamed for help and later gave police one final statement before she succumbed to her injuries in hospital later that day.

DOMESTIC VIOLENCE - DO YOU NEED HELP?
If it's an emergency and you feel that you or someone else is at risk, call 111.

If you're in danger now:
• Phone the police on 111 or ask neighbours of friends to ring for you.
• Run outside and head for where there are other people.
• Scream for help so that your neighbours can hear you.
• Take the children with you.
• Don't stop to get anything else.
• If you are being abused, remember it's not your fault. Violence is never okay

How to hide your visit
If you are reading this information and you're worried that someone using the same computer will find out what you've been looking at, you can follow the steps at the link here to hide your visit. Each of the websites above also have a section that outlines this process.