Jaclyn well qualified to be hospitable 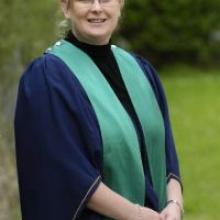 National diploma of hospitality management graduate Jaclyn Allison. Photo by Peter McIntosh.
Mixing work and study has been tough at times, but hotel manager Jaclyn Allison believes her career prospects have been strengthened by the hospitality qualification she will gain from Otago Polytechnic today.

Miss Allison (28) has travelled the world, working in hospitality industry jobs ranging from stints in Australian five-star hotels to periods in pubs in Ireland.

She plans to remain in Dunedin after gaining her two-year national diploma in hospitality management.

She will be among about 250 people who will graduate in person from the polytechnic in a range of subjects - including hospitality, occupational therapy and construction - at the 3pm ceremony in the Dunedin Town Hall.

About 250 other people will graduate in absentia.

Miss Allison, who this year is a duty guest services manager at the Scenic Circle Dunedin City Hotel, said there had been some difficult moments in the first year of her study, in 2006. She was studying while working full time at the hotel as restaurant manager, including shifts ending at midnight, and early starts.

‘‘I eventually found my job to be a real handful in conjunction with study. Six months in, I sat down and thought if I couldn't give it 100% I didn't want to be doing it at all.

‘‘I asked to stand down and work on reception. It was the best thing I could have done.''

Last year, she cut back her hotel work to 20 hours a week to cater to her growing educational demands.

Polytechnic officials said she had become a leading hospitality student.

Her hard work and ability had gained wider recognition.

She gained a Hanz and Crombie & Lockwood Scholarship, which provided $5000 to support her studies last year.

She will make a presentation about her experiences at a National Food and Beverage Conference beginning in the city today.

‘‘I have to give a lot of credit to the lecturers that we had,'' she said.

Their knowledge and their passionate approach to education had provided crucial encouragement. She had learned a good deal and the level-five diploma would prove beneficial.

‘‘It's all really good stuff that will help me for the future. It really gives you a good broad spectrum of knowledge.''

She had grown up in a dairy farming family on the Taieri and had moved to Australia.

There, she had worked for several major hotel chains over the years, but then discovered her experience was not recognised from one hotel to the next.

‘‘Basically, I got sick of starting at the bottom every time I got a new job and decided that although I had the experience, it was time to get the paperwork,'' Miss Allison said.