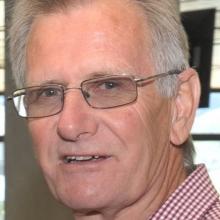 Phil Ker.
Otago Polytechnic is hailing yet another year of growing student numbers as it continues to buck the national trend.

As of yesterday  3995 equivalent full-time students (efts) had enrolled at the polytechnic, up 2.3% on the same time last year.

Chief executive Phil Ker said the figures were "very pleasing", especially given the softness being reported across the tertiary sector.

He believed the polytechnic continued to buck the national trend because it attracted students from outside Otago.

Its focus on attracting students from outside meant more than 50% came from outside Otago, up from about  25% six or seven years ago, Mr Ker said.

Its ability to attract students was helped by the reputation it was building, which was evident in the student satisfaction surveys it had carried out.

It  was also more focused than most other institutions on educating people already in work and not as reliant as most on school leavers.

He was "particularly delighted" with the response the polytech had received for its new  bachelor of architectural studies course, which had proved so popular the class size had been doubled.

"The strength in these areas bodes well for the construction industry and the development that is going on in the region."

He was confident student numbers would continue to grow, especially given the polytechnic’s more than $20million, 231-bedroom student village would be completed in time for the start of the next academic year, Mr Ker said.

"We’ve been turning people away because we have not been able to guarantee accommodation."

This would no longer be a problem once the new facility was built.