A common sight on beaches and backyards, the woven net hammock is notoriously unstable and easy to fall out of. Mr Metherell’s version is made from durable canvas and much less likely to overturn.

Since mid-December, almost 90 of them have been sold by New Zealand brand Cactus Outdoor. 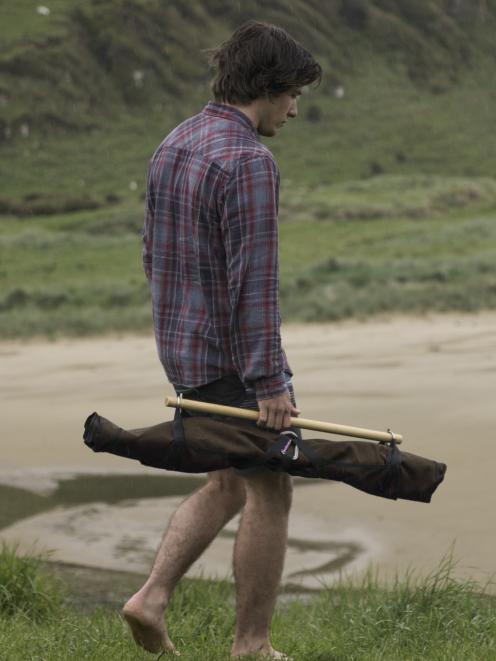 The hammock packs down to carry size.

Mr Metherell (25), who grew up in Christchurch, says he spent the second half of last year designing the hammock for the firm, which sells online but also has stores in Wellington and Christchurch.

The first two batches quickly sold out, the first one within a couple of hours, and it is now in its third production run.

Packing down to carry size, the $179 hammock includes a pillow, drinks holder and simple rigging system.

"With this hammock, you lie a lot flatter in it and it’s really quite stable," he says.

"You could roll right to the edge and you won’t fall out. It’s hung with a low centre of gravity and there are  bamboo bars at each end to help open it up so it doesn’t fold up around you."

Otago Polytechnic design lecturer Tim Armstrong said Mr Metherell’s perseverance helped him. He refined the hammock 12 times before it was ready for the market.

"He also has strong sustainability and social ethics in design, so a similar ethos to Cactus Outdoor."

It is unusual for a student to successfully take a product to market while still studying.

Now back at Otago Polytechnic studying for his bachelor of design (honours) degree, Mr Metherell is keen to design more soft goods, including overnight mountain-bike touring bags. He has even bought an industrial sewing machine.

"In New Zealand the tramping and outdoors area is quite saturated, but if I can find a product and put a different spin on it, like the hammock, then that would be awesome," he says.