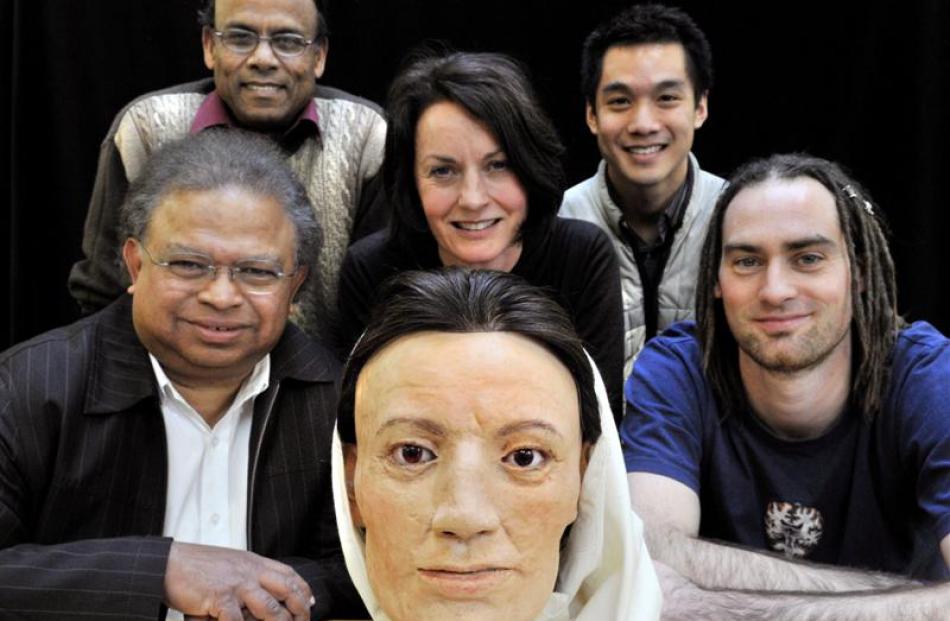 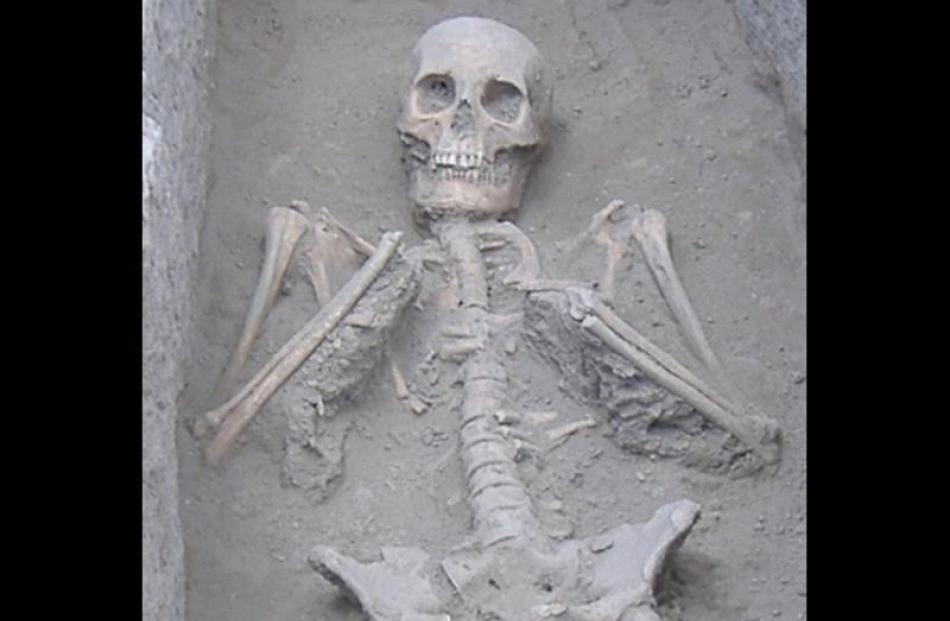 The remains of the woman uncovered in Turkey. Photo supplied. 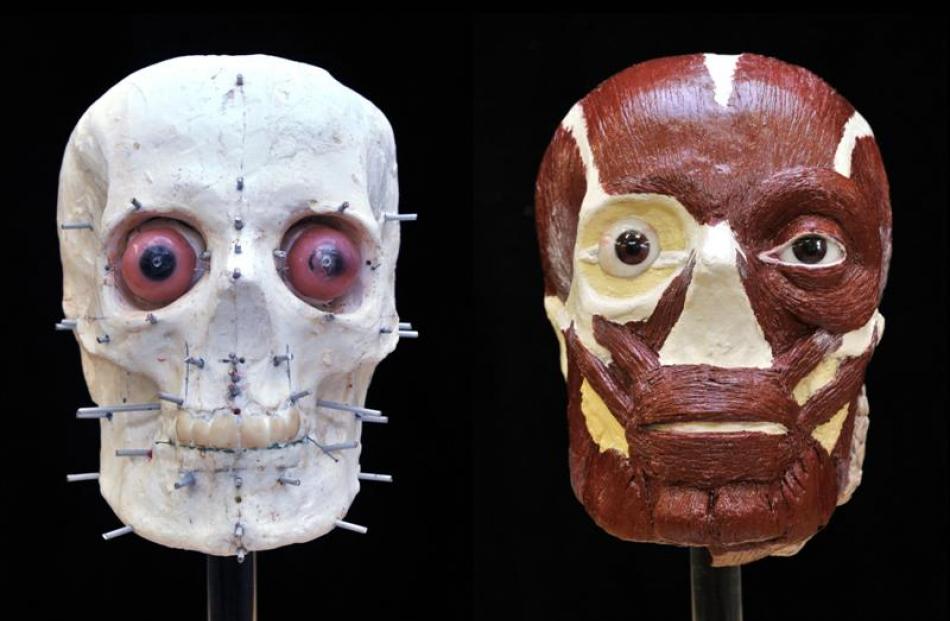 A University of Otago team has re-created the face of a 2500-year-old Turkish peasant, its second such project, and hopes its technology will be used in courts in coming years.

University of Otago senior lecturer in anatomy and structural biology Dr George Dias, who heads the group, the only one in New Zealand doing facial reconstructions, hoped to refine the technology to a standard where it would stand scrutiny in court, and act like a fingerprint for identification.

"Within the next few years, we will reach that point," he said.

The team's latest project, putting a face on a skull found in Turkey, has advanced on its first project, reconstructing the face of a 2300-year-old Egyptian mummy housed at Otago Museum. That face was revealed last year.

The latest reconstruction has silicone skin, rather than plaster, real hair, and eyes which have been aged with red veins.

A mathematical model was created with Associate Prof I. M. Premachandra, of the department of finance and qualitative analysis, to provide accurate soft-tissue facial depths, based on bone measurements.

Traditionally, facial depth averages were based on race, but not every person of a particular race had a certain face, so the science was flawed, Dr Dias said.

Dr Dias travelled to Turkey last year, after a request from Anadolu University, with which Otago has an ongoing collaboration, for a facial reconstruction for a body uncovered during an archaeological dig in Kultepe, a site that was on the crossroads of east-west and north-south trade routes.

The woman is believed to have been aged between 35 and 50 when she died. The most fascinating aspect was the state of her teeth, which were immaculate, at a time when teeth were cleaned with sticks.

The reconstruction can be viewed at the St David St Lecture Theatre today and tomorrow, before it goes on permanent display in Istanbul.