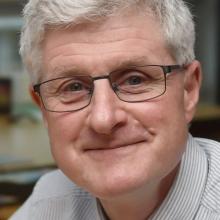 Peter Crampton
An Otago specialist in public health medicine has likened lack of improvement in socio-economic conditions for Maori and Pacific people to a boot on their throat.

In an editorial for the New Zealand Medical Journal, University of Otago Centre for Hauora Maori professor of public health Peter Crampton compared a deprivation index from 1991 with equivalent information from 2018.

Maori and Pacific people were severely disadvantaged in 1991 and graphs almost 30 years later showed a small reduction in Maori living in the most deprived neighbourhoods, but the overall distribution of socio-economic advantage and disadvantage had changed little, Prof Crampton wrote.

"The boot that is held on the throat of Maori and Pacific people is stubbornly resistant to attempts to shift it."

Prof Crampton said doing much more to honour the Treaty of Waitangi and moves to ensure the teaching of New Zealand history was compulsory at school should be supported.

"Historical literacy is a starting point — if Pakeha are to take responsibility for removing the boot from the throat of Maori and Pacific people, then Pakeha need to be educated in New Zealand’s colonial and pre-colonial history."

Increasing the proportion of Maori and Pacific health professionals was one way to cause positive disruption to the health system, he said.

"The health system has failed to respond adequately to the health needs of population groups over many decades.

"Our failure to respond reflects attitudes in society."

In the piece, published last Friday, Prof Crampton wrote some universities were leading the way.

He did not say so in his editorial, but Prof Crampton has looked on with concern this year as University of Otago leaders considered whether they should change the affirmative action system at the university.

However, competition for places is particularly intense for entry into second-year medicine at Otago, resulting in unease about some students with outstanding first-year marks missing out.

The way university leaders went about proposing possible changes to the scheme — including indications the number of students accepted through the priority pathways might be capped — led to vice-chancellor Harlene Hayne and health sciences pro-vice-chancellor Paul Brunton apologising to medical students last month.

Student leaders had been alarmed about an initial lack of consultation with Maori and Pacific representatives.

Prof Hayne and Prof Brunton pledged to move "slowly and carefully" and to consult fully when one of the key planks, the Mirror on Society policy, is reviewed next year.

Prof Crampton was distressed about damage that had been done in the meantime.

"It indicates to me we have a way to go before we get to the point of comfort that Maori success is not threatening."

Maori and Pacific staff and students had been hurt amid debate about the issue, he said.

In his editorial, Prof Crampton said the health sector could provide leadership.

"The past 30 years have produced very little change in the structures of opportunity for Maori and Pacific people in relation to Pakeha people.

"If we wish to make the next 30 years count for more than the last 30, then Pakeha New Zealanders have an obligation to create and take opportunities to rid our society of racism and to demand equity in the structures, processes and outcomes for Maori and Pacific New Zealanders."