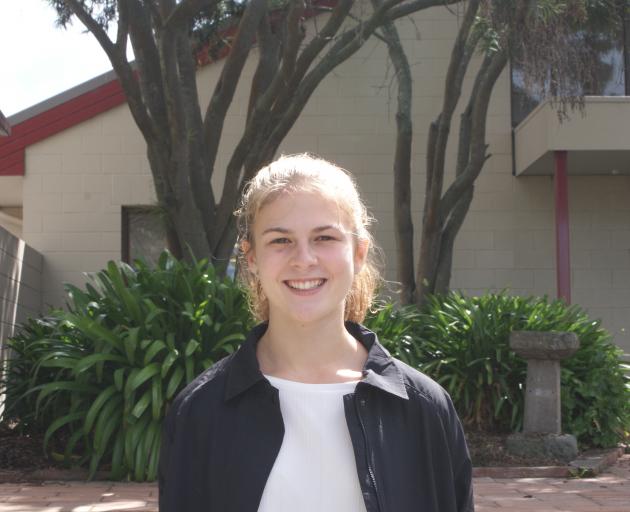 She will receive an annual payment of $3000 for up to three years, plus the opportunity for paid work experience at Oceania's milk factory near Glenavy during study breaks.

Tara is starting a bachelor of arts and science majoring in politics and environmental management, with a minor in accounting, at the University of Otago.

''We had more applications this year than any other year we have been doing this,'' Oceania Dairy general manager Roger Usmar said.

''The decision was made more difficult by the high calibre of submissions and we wish to thank all candidates for the amount of time and work they put into their applications.''

The scholarship was fitting recognition of Tara's hard work, he said.

''Tara is an outstanding young woman. Not only has she achieved excellence in both NCEA level 2 and level 3, but she demonstrated strong leadership skills within her school and community.

''In addition to this she has shown exceptional humanitarian skills by working as a volunteer with youth in Cambodia and India. Not many young people would give up their summer to teach English and promote environmental sustainability.''

Tara was interviewed for the scholarship via Skype during her six weeks in India, where she was living with a local family and teaching maths and cultural studies in their privately owned school. She learned she had won the scholarship by email.

''Having our scholarship students working with us over their semester breaks is important to us,'' Mr Usmar said. ''We all really enjoy having them back and seeing their confidence and maturity develop. They are an integral part of our company and are valued members of the Oceania Dairy team.''

The scholarship was a significant part of Oceania's commitment to the communities in which it operated, he said.

''We are encouraging an organisational culture of investing in people and supporting local communities. We can think of no better way of demonstrating that culture by supporting young people as they move from secondary school education to further education or training.''

The Oceania Scholarship is available to young people in the Waimate and Waitaki districts who are completing their secondary schooling and moving into further education or training that can lead to a career in the dairy industry or enhance relationships between New Zealand and China. Oceania Dairy is owned by Inner Mongolia Yili Industrial Group, China's biggest dairy company and the world's 10th-largest.