The news comes amid a time of turmoil within the department. At least eight of the 24 people who work in the department could lose their jobs as the university seeks to restructure its humanities division.

Pro-vice-chancellor (humanities) Prof Tony Ballantyne yesterday said a working party was overseeing a process to produce a plan for a "high-quality" facility to replace the Albany St studio and practice rooms.

Chief operating officer Stephen Willis said  the $15 million figure covered  everything from scoping the project to design, construction, fit-out, equipment, and moving staff from half-a-dozen locations around the campus to the University of Otago’s College of Education campus.

"We are in the very initial stages of scoping the project, which includes examining the feasibility of every option, from retaining the use of some premises to a new build."

Mr Willis said it was expected the consultation phase would finish at the end of next month.

By then, more would be known about shape of the project.

Mr Willis said the most likely site was the University of Otago’s College of Education campus.

Mr Willis could not indicate an exact site.

"We are currently looking at the feasibility of relocating all or part of the department of music and theatre studies.

"Whatever option or options are chosen, the Albany St building - containing a former Radio New Zealand recording studio - has reached the end of its useful life."

The Albany St building has significant asbestos issues, forcing the closure of some areas and significant remedial work. At the start of the year, some tutorials were moved to the College of Education.

The  project is likely to include a new recording studio.

Prof Ballantyne said university management was committed to its music programme, and "deeply appreciates the importance of its teaching and its contribution to the cultural life of the  campus and the city."

Built in 1968 by the New Zealand Broadcasting Corporation, the  Albany St building has at its heart a 110sq m area intended for recording a full orchestra.

Designed according to the specifications of the classic BBC No2 studio, the main studio is augmented by smaller studio suites, as well as a variety of  practice rooms.

The university bought the facility in August 2007. It was valued at $1.1 million at the time. 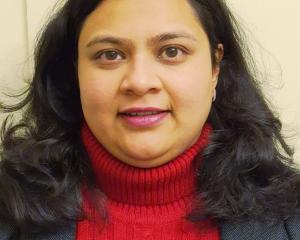